Ten years ago, on Feb. 19, 2002, the Thermal Emission Imaging System (THEMIS), a multi-band camera on NASA's Mars Odyssey orbiter, began scientific operations at the Red Planet. Since then the camera has circled Mars nearly 45,000 times and taken more than half a million images at infrared and visible wavelengths.

"THEMIS has proven itself a workhorse," says Philip Christensen, the camera's designer and principal investigator. Christensen is a Regents' Professor in the School of Earth and Space Exploration, part of Arizona State University's College of Liberal Arts and Sciences. "It's especially gratifying to me to see the range of discoveries that have been made using this instrument." 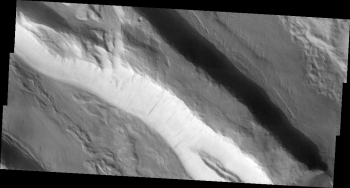 Highlights of science results by THEMIS over the past 10 years include:

• confirming that hematite is widespread on Meridiani Planum, which led NASA to send one of its Mars Exploration Rovers there

• making the best global image map of Mars ever done

• discovering that a large impact crater, Aram Chaos, once contained a lake

• discovering that Mars has more water-carved channels than previously thought

• discovering dacite on Mars, a more evolved form of volcanic lava not previously known on the Red Planet

Mars Odyssey has a two-hour orbit that is nearly “Sun-synchronous,” meaning that Odyssey passes over the same part of Mars at roughly the same local time each day. In September 2008 its orbit was shifted toward an earlier time of day, which enhanced THEMIS' mineralogical detection capability.

Says Christensen, "Both Odyssey and THEMIS are in excellent health and we look forward to years more science with them."

NASA launched the Mars Odyssey spacecraft April 7, 2001, and it arrived at Mars Oct. 24, 2001. On arrival the spacecraft spent several months in a technique called aerobraking, which involved dipping into the Martian atmosphere to adjust its orbit. In February 2002, science operations began.

The Mars Odyssey project is managed by the Jet Propulsion Laboratory, a division of the California Institute of Technology, Pasadena, for NASA's Science Mission Directorate, Washington. Lockheed Martin Space Systems in Denver built the spacecraft, and JPL and Lockheed Martin collaborate on operating it.

Training teams to be more adaptive in new situations can prevent disasters and help recover from crises much more efficiently and quickly. In 2009, US Airways Flight 1549 went down after striking a large flock of birds during its initial climb. With Capt. Chesley “Sully” Sullenberger, the pilot, and his crew’s ability to adapt to the circumstance, the plane was successfully ditched in the Hudson River. One thing we learned from the crew’s emergency response is the importance in training adaptive teams to be resilient and flexible during crises and rare circumstances. 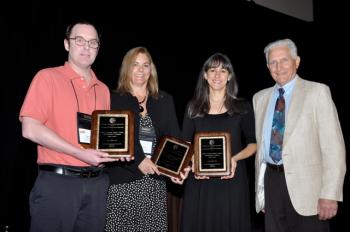 The experiment outlined in the article compared three training approaches and measured their effectiveness in terms of training adaptive teams. Cross-training, an established method in which team members are trained on the tasks and responsibilities of fellow team members, relies heavily on shared knowledge. Perturbation training is a new method in which team interactions are constrained to provide new coordination experiences during task acquisition. Both approaches and the more traditional procedural approach were assigned to 26 teams. The teams flew nine simulated UAV missions, and three were critical tests of the team’s ability to adapt to novel situations. The researchers measured team performance, response time to novel events and shared knowledge.

The results showed that perturbation-trained teams significantly outperformed teams in two out of three critical test missions, an outcome that was somewhat surprising according to Cooke.

“The prevalence of a cross-training approach in real-world applications leads a lot of people to think that it is the most effective way to train a highly adaptive team,” said Cooke. “However, perturbation training, which is done by throwing roadblocks into the process like system or communications breakdowns, teaches teams to be flexible and know what to do in very rare circumstances. That kind of resiliency is what leads to more adaptive teams.”

Perturbation training is amenable to simulation-based training, where trainers can manipulate distractions, unique scenarios and unforeseen breakdowns. Such interruptions provide interaction experiences that teams can transfer to real-world solutions.

“Adaptation is all about being able to bend and adjust in accordance with change,” said Cooke. “Responding to unknown circumstances and perturbations in a manipulated environment pushes teams to decide, plan, think and act under conditions they have never experienced. That’s where the real-world application comes in; perturbation training allows teams to be highly adaptable in any situation that comes their way.”