An instrument designed at Arizona State University to identify and map the minerals on the surface of an asteroid is a key element in a new NASA mission-concept. Philip Christensen, in the School of Earth and Space Exploration on ASU's Tempe campus, is the instrument's designer and principal investigator.

The proposed mission under study is called OSIRIS-Rex (for Origins Spectral Interpretation Resource Identification Security — Regolith Explorer). The flight plan calls for OSIRIS to rendezvous with a primitive asteroid between the orbits of Mars and Jupiter, go into orbit around the asteroid, survey it extensively, and finally bring back to Earth a small sample of its surface. The proposed mission is led by Michael Drake of the University of Arizona in Tucson.

OSIRIS-Rex is one of three missions selected by NASA as finalists for its New Frontiers Program. The others are a mission to return a sample from the South Pole-Aitken Basin on the Moon and a probe to study the atmosphere and surface of Venus.

NASA is giving each of the three missions $3.3 million to conduct a 12-month concept study focusing on feasibility, cost, management and technical plans. The studies also will include plans for educational outreach and small business opportunities. NASA will make its final selection in mid-2011. The selected mission's costs will be capped at $650 million (excluding the launch vehicle) and it must be ready for launch no later than the end of 2018.

The ASU instrument that forms an essential part of the OSIRIS mission is the OSIRIS Thermal Emission Spectrometer, or OTES. Operating in the infrared part of the spectrum, it will determine the mineral composition and thermal inertia of the asteroid's surface rocks and soils.

"The infrared is great for identifying minerals," said Christensen, a Regents' Professor of geological science and the director of the Mars Space Flight Facility in ASU's College of Liberal Arts and Sciences. "The role of our OTES instrument will be to map the composition of the asteroid to identify the best region to sample. The OTES is a direct descendant of two highly successful infrared instruments we've sent to Mars that have mapped the rocks and minerals on that planet."

One of these instruments is the Thermal Emission Spectrometer on NASA's Mars Global Surveyor mission; it discovered the landing site for one of NASA's two Mars Exploration Rovers (Opportunity). The other instrument is the Miniature Thermal Emission Spectrometer, or Mini-TES, one of which is on each Mars rover as a scouting camera, much the same role that OTES will provide for OSIRIS.

"If NASA gives the OSIRIS mission the go-ahead, then OTES will be developed by ASU's School of Earth and Space Exploration," Christensen said.  Overall, the OSIRIS project would be a boost for Arizona's economy, bringing about $100 million to the state.

ASU celebrates the ideals of Martin Luther King Jr with several scheduled events in January on all four campuses.

ASU will celebrate the ideals of Martin Luther King Jr. with several scheduled events in January on all four campuses.


Students at the Tempe campus will kick off the celebration with a Day of Service on Jan. 18, followed by a rally of performances at 11:30 a.m. on Jan. 19. The Polytechnic campus will host an MLK celebration breakfast from 7-9 a.m., Jan. 19, in the Cooley Ballroom of the Student Union. Middle-school students will re-enact King’s march on Washington, D.C., on Jan 20 at the West campus. The Downtown Phoenix campus will hold a spoken word event at 7 p.m., Jan. 21 in the Nursing Phase II Building, Room 110. 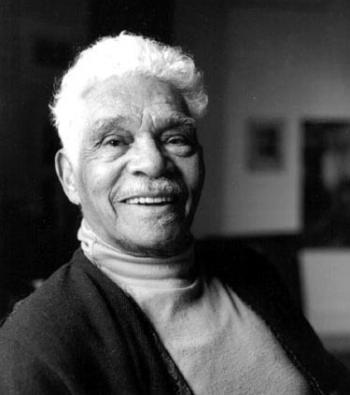 
The Jan. 19 breakfast will honor two community leaders who embody King’s ideal of leadership through service. The event also will recognize 24 schoolchildren from around the state who won ASU’s annual MLK poster-essay contest. The winning posters are on display in the first floor of Fletcher Library at the West campus.


Eugene Grigsby Jr. – artist, educator, author and community leader – will receive ASU’s 2010 MLK Servant-Leadership Award for his work to inspire and uplift African Americans and others with his art and his service to the community. As a high school teacher and later a professor of art at ASU, Grigsby developed a national reputation for his contributions to education, organizing exhibitions and also working with children’s organizations and human resource centers. Two years ago he received an award from the Congressional Black Caucus in Washington, D.C., for his distinguished contributions. Now 91, he still is active in the community.


Dominick Hernandez, a senior in business at the Polytechnic campus, was chosen to receive the MLK Student Servant-Leadership Award. After six years in the U.S. Army and five years in the business world, he enrolled at the Polytechnic campus almost two years ago and quickly became a leader. He organized an Artist Mic Night, helped found a student group for sustainability, co-founded a leadership and success society, and became director of Polytechnic’s Arizona Students at ASU.


Offices and classrooms on the four ASU campuses will be closed on Jan. 18 to observe the Martin Luther King Jr. holiday.