Erin Patrick O’Connor, a December graduate of the Walter Cronkite School of Journalism and Mass Communication, is the inaugural winner of a Student Edward R. Murrow Award in overall video excellence for his work on “Gun Wars,” a Carnegie-Knight News21 investigation into gun rights and regulations in America. O’Connor will accept the award from the Radio Television Digital News Association during an October awards ceremony in New York. 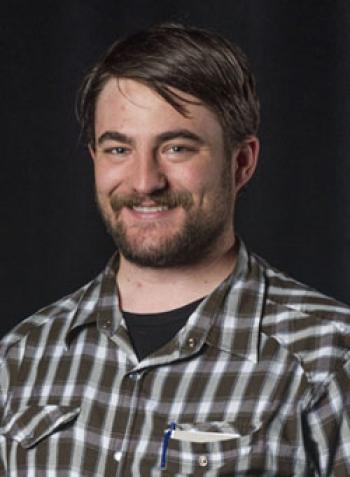 Erin Patrick O'Connor is the recipient of the first Edward R. Murrow award honoring a college student for work in video journalism. O'Connor was a December graduate of ASU's Walter Cronkite School of Journalism and Mass Communication. Download Full Image

O’Connor’s award-winning News21 stories, “Colorado: Battle on the Front Range” and “Camden, N.J. – Homicides,” examined how two states are trying to balance gun rights and regulations in two distinct regions of the country. In Colorado, O’Connor profiled the tension between the rural community and the expanding urban population, sparked by gun-control legislation. In New Jersey, he highlighted government initiatives to curb gun violence in a city with a murder rate 17 times higher than the national average.

“It's such an honor to be considered for such a prestigious award, and then to win it is a bit overwhelming,” said O'Connor, who was an Ethics & Excellence in Journalism Fellow with News21. “You put your heart and soul into a story and hope it benefits the community. I'm just happy people are listening, and it makes me want to do more.”

News21 is a multimedia investigative-reporting initiative established by the Carnegie Corporation of New York and the John S. and James L. Knight Foundation. Twenty-nine college students from 16 universities participated in the 2014 project headquartered at the Cronkite School. Students traveled to more than 28 states to interview hundreds of people about their experiences with guns. News organizations across the country, including the Washington Post, USA Today and NBC News, published portions of the project.

The investigation was led by News21 Executive Editor Jacquee Petchel, a Pulitzer Prize-winning investigative journalist, and Leonard Downie Jr., the former executive editor of the Washington Post and current Weil Family Professor of Journalism at the Cronkite School.

“Erin is an extraordinary visual storyteller and reporter whose ability to capture the essence of his characters is matched only by his determination and humility,” Petchel said. “His attention to detail at a student level is unparalleled. He is, in every way, remarkable.”

As a Cronkite student, O'Connor specialized in documentary production. He served as the director of “Hooked: Tracking Heroin’s Hold on Arizona,” a Cronkite School and Arizona Broadcasters Association-produced documentary that aired on all 33 Arizona television stations and reached 1 million viewers earlier this year. The documentary recently won an Arizona Press Club Award in video storytelling, marking the first time in the history of the 91-year-old organization that students won against professional journalists.

At the Cronkite School, O'Connor held internships with Republic Media and the Arizona Center for Investigative Reporting. He also traveled to Chiapas, Mexico, to participate in Cronkite’s Southwest Borderlands Initiative, a semesterlong in-depth reporting project examining border and immigration issues in the U.S. and other countries.

Just last week, O’Connor finished second in the multimedia competition at the Hearst Journalism Awards Program’s National Championship in San Francisco for an in-depth story on gentrification and urban renewal.

Originally from Wrightwood, California, he is currently working at the Washington Post as a part of a 12-week video internship, where he is producing short-form stories in the nation’s capital.

“Erin tells vivid narrative stories through the people and places in his videography that make important statements without the intrusion of Erin's own voice – a rare talent at any age and level of experience – as recognized by this well-earned award,” Downie said.

According to the World Wildlife Fund, fewer than 3,200 tigers are alive in the wild today. One former Sun Devil's love for the big cat has spurred her to take action to change that.

Softball Sails in Sweep Over No. 25 Iowa State & Portland State

Around the world, the tiger is in critical danger. According to the World Wildlife Fund, fewer than 3,200 tigers are alive in the wild today. But one former Sun Devil’s love for the big cat has spurred her to take action to change that.

Robyn Barfoot, an Arizona State University class of '00 alumna, is traveling around the world to try to stop that number of tigers from falling further. To get to a position where she could do that, it took hard work, connections and a biology degree from ASU. 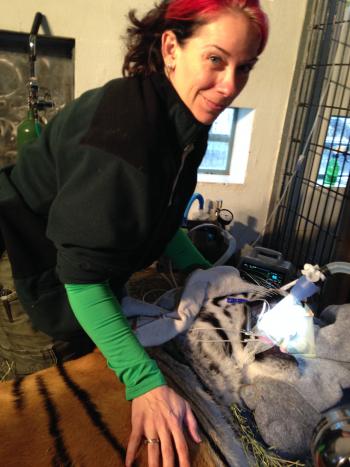 Barfoot is currently curator at the Cougar Mountain Zoo in Issaquah, Washington. She hires staff, works with veterinarians, acquires animals for the collection and helps rear them. She also handles public relations, maintains zoo policies and assists with exhibit design.

“I didn’t expect to be curator when I first interviewed, but I was given the opportunity and happily accepted it,” Barfoot said. “Having an impact on the conservation world is my goal, and the zoo has let me do just that.”

Barfoot’s love affair with big cats started at age four. However, that interest was briefly supplanted by her first majors at ASU — anthropology and theater. Her fondness for tigers always remained, though, and a single zoo trip during college reminded her what really mattered.

“I had one of those epiphanies while visiting a tigress in a zoo, and I thought to myself, ‘What am I doing majoring in anthropology?’ ” Barfoot said. “I have always had a desire to work with tigers, and that moment reminded me of my heart’s passion — saving the tiger. I came back and instantly changed my major.”

The wildlife conservation biology program was tougher than she anticipated, though. Learning about endangered species was disheartening, she said. But Barfoot credits the honesty of her teachers with much of her success.

“ASU prepared me for post-graduation life by employing professors who didn’t sugarcoat things,” Barfoot said. “The topics were hard to digest and the outlook was usually bleak, but they told it how it honestly was and empowered us to do something about it.”

Both professors and the classes they taught had a tremendous effect on Barfoot that has lasted long past graduation. She still references what she learned in class to this day.

“The professors always assisted when asked and helped the students who were serious about succeeding,” Barfoot said. “Plus, in my career, having a university education puts you in a different group than those who are applying without a degree.”

In addition to her work at the zoo, Barfoot has actively participated in tiger conservation efforts worldwide since 2007. With the encouragement of a friend who was the former director of the World Wildlife Fund, Barfoot has helped the citizens of 17 villages in India understand the importance of protecting their tiger populations.

“It has been highly rewarding, and it makes my heart so happy,” Barfoot said. “I will continue to visit India and do everything I can to promote tiger conservation, continue to educate the people about the importance of tigers in the wild and support those who are doing the work on the ground.”

Whether she’s in India or at home in Washington, Barfoot is doing everything she can to protect the animals she loves most, while educating others so they can do the same.