As one of this year’s Fulbright Scholars, Arizona State University hydrology professor Enrique Vivoni will have an opportunity to work with some of Mexico’s leading experts in his field to advance his collaborative studies of the shared water resources between the U.S. and Mexico. 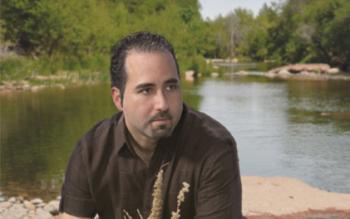 Vivoni is an associate professor in the School of Earth and Space Exploration and the School of Sustainable Engineering and the Built Environment, one of ASU’s Ira A. Fulton Schools of Engineering.

Each year, the U.S. Fulbright Scholar Program awards about 800 highly sought after teaching and/or research grants to selected U.S. faculty and experienced professionals, enabling them to engage in collaborative studies and research in more than 125 countries. Award recipients are chosen for exemplary achievements and proven leadership in their fields.

Vivoni’s research activities focus on the intersection of hydrology and its allied disciplines – ecology, meteorology and geomorphology – for improving understanding of water resources in this region. He has made significant contributions to the understanding of ecohydrologic processes in semi-arid areas. In recent years, his research has been funded by the National Science Foundation, the United States Department of Agriculture, Department of Defense, NASA, The Nature Conservancy and the U.S. Geological Survey.

During his time in Ensenada, he will be conducting atmospheric and hydrologic research related to climate change in northern Mexico. Vivoni’s Fulbright project will build upon a decade of investigation in northern Mexico with a range of collaborators from U.S. and Mexican institutions.

“I am most interested in generating cross-border knowledge on water resources that can help both countries confront and adapt to changing land cover and climate conditions,” says Vivoni, of his upcoming trip.

Vivoni's most notable accomplishments include a 2008 U.S. Fulbright Scholar Award, the Presidential Early Career Award for Scientists and Engineers, a Kavli Fellowship and a Leopold Leadership Fellowship.

'Race in the age of Obama' jumpstarts provost's lecture series

Cultural historian Eric Lott kicks off the Provost's Distinguished Lecture Series with his talk, "Hauntologies of Race in the Age of Obama," at 4 p.m., Feb. 11 on the Tempe campus.

'Race in the age of Obama' jumpstarts provost's lecture series

Cultural historian Eric Lott kicks off the Provost's Distinguished Lecture Series on Feb. 11. He’ll speak about "Hauntologies of Race in the Age of Obama" at 4 p.m. in the Devil's Oasis Room in College Avenue Commons on Arizona State University's Tempe campus.

Developed by ASU Provost Robert E. Page, Jr., with support from George Justice, College of Liberal Arts and Sciences dean of humanities, the provost’s series seeks to bring the most prominent thought leaders to ASU to provide more than talks. 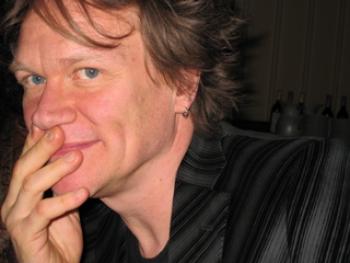 A hallmark of the distinguished series, says Page, is the extensive activities that will partner with the public presentations. “The goal is to invigorate conversation with ASU scholars and students throughout the ASU campuses,” said Page.

In addition to his public presentation, Lott will visit the ASU West campus for a 20th anniversary discussion of his award-winning book, “Love and Theft: Blackface Minstrelsy and the American Working Class.” Faculty members and students in American studies will meet with Lott to talk about his book and its impact on scholars’ understanding and the public perception of race in America, notes Louis Mendoza, director of the School of Humanities, Arts and Cultural Studies in the New College for Interdisciplinary Arts and Sciences.

“Lott’s work transformed American studies in the 1990s and continues to shape both the academic field and the way we Americans understand ourselves in the context of our complicated cultural history. Lott engages with the most advanced literary and critical theory, but writes in ways that engage directly our lived reality,” says Justice.

Lott is a professor of English at the City University of New York. He is a central figure in the field of American studies. His career began with the publication of "Love and Theft," which garnered multiple awards, including the Modern Language Society’s Best First Book Award. This work analyzed and offered a provocative interpretation of the music, lyrics, burlesque skits and dance in minstrel shows before the Civil War. This work was also reported to be the inspiration for the title of songwriter Bob Dylan's album of the same name.

“For a generation of scholars studying race and performance in America, Eric Lott is a godfather of sorts. His ‘Love and Theft’ revolutionized the way we understand the appropriation and misrepresentation of black culture in the United States,” says Matt Garcia, director of the School of Historical, Philosophical, and Religious Studies and professor of history and transborder studies. “Rather than seeing the phenomenon of blackface minstrelsy as simply a derogatory interpretation of African Americans, Lott recognized the not-so-secret admiration of blacks by white Americans who lived, worked and played in close proximity to them. His work has informed studies of race and performance ever since, from studies of hip hop to performance in stage, film and television.”

Lott received his doctorate from Columbia University and has spoken widely on American academic politics, literature, music, performance and intellectual life. He is also the co-director of the Dartmouth American Studies Institute. His most recent work is “Black Mirror: The Cultural Contradictions of American Racism,” forthcoming with Harvard University Press.

Upcoming speakers for 2015 include:

• Helga Nowotny, former president and founding member of the European Research Council and professor emerita of social studies of sciences with the Swiss Federal Institute of Technology

• Maria Luisa Catoni, a professor of ancient art history and archeology with the Institute for Advanced Studies Lucca, Italy, and senior research associate with the J. Paul Getty Research Institute in Los Angeles