About half of all children and adults with autism suffer from chronic gastrointestinal problems, causing frequent pain, discomfort and irritability. Research out of Arizona State University suggests these gastrointestinal (GI) complications may be due, in part, to abnormal gut bacteria.

A new study approved by the U.S. Food and Drug Administration and led by Arizona State University will examine a novel treatment – called fecal microbiota transplant (FMT) – for GI problems in children with autism. The treatment involves transferring about 1,000 different species of live gut bacteria from a healthy donor that then act like a broad-spectrum probiotic treatment to restore normal gut bacteria. FMT has been used to treat serious Clostrium difficle infections that kill up to 15,000 people each year in the United States. Determining the safety and tolerability of using FMT to treat GI problems in children with autism is driving the study.

The FDA has approved a pilot treatment study of 20 children with autism, ages 7 to 17 years, and moderate to severe gastrointestinal problems.

“Many children and adults with autism have chronic gut problems, sometimes lasting for many years and seriously affecting their quality of life," said Adams. "We think this treatment may be helpful."

The team's hypothesis is that FMT will “reseed” the gut with beneficial bacteria that will help diminish GI problems and possibly reduce autistic symptoms.

The human gut typically contains more than 1,000 different species of bacteria – most of them beneficial. These bacteria help with digesting food, making certain vitamins, improving GI function and protecting against pathogenic bacteria.

However, there are a few dangerous bacteria, such as Clostidium difficile (C. difficile), which can cause serious, life-threatening infections. C. difficile kills about 15,000 people per year in the U.S., but a single dose of FMT has been shown to cure C. difficile with 92 percent effectiveness, usually within a few days.

Collaborating with Northern Arizona University and University of Arizona, the ASU team will lead the treatment portion of the study, with the help of Sharon McDonough-Means, a developmental pediatrician involved in the care of children with autism and previous research studies. Greg Caporaso at NAU, an expert in computational and statistical methods for studying communities of microorganisms, will analyze the effect of FMT on gut bacterial communities, and Matthew Sullivan at UA will investigate the viruses that infect gut bacteria, and thereby affect bacterial populations in the gut.

The new initiative is a follow-up to a previous study that demonstrated that treatment with a powerful oral antibiotic, vancomycin, led to a temporary improvement in both gut symptoms and symptoms of autism, presumably because it killed off harmful bacteria in the gut. However, when the treatment was stopped, the benefits were lost, presumably because there was insufficient “reseeding” of the gut with beneficial bacteria.

The study is funded primarily by the Arizona Board of Regents, with additional funding from the Autism Research Institute.

More information on the study can be found at autism.asu.edu.

Hank Fradella has been named the new associate director of Arizona State University's School of Criminology and Criminal Justice.

“Rejoining ASU after 17 years is personally exciting to me,” says Fradella. “I’m glad to be back in Arizona.” 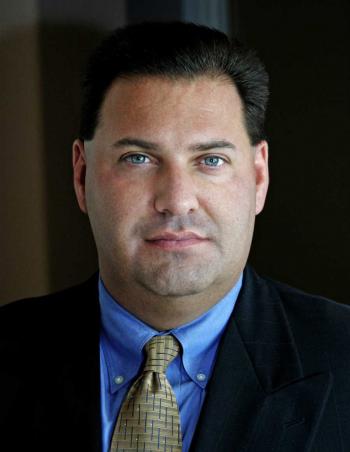 Fradella practiced law in Phoenix before embarking on a career as a university professor. He was writing legal opinions as a federal judicial law clerk in Phoenix when he decided to go back to school to earn a doctoral degree from the ASU School of Justice Studies on the Tempe campus.

“I just decided I know where I want my career to be, and I want it to be where I am doing research and working with students,” says Fradella, who earned his doctorate in 1997. “I love the teaching part and mentoring students.”

Mentoring a new generation of criminal justice leaders and scholars has been a focus of the school, and is what helped attract many of the program’s doctoral students. Fradella says that’s something he closely identifies with. When he was a doctoral student at ASU, he was mentored by criminology professor John Hepburn, who taught in the Justice Studies program.

“At the core of my being, I think the most important part of my identity as a professor is a mentor,” he says. “I think it is so important that we have excellence in the classroom in terms of effective teaching, and that we then go beyond that to mentor students into the profession to help them mature their own perspectives and skill sets so that they can be effective agents of change in the justice professions. And alternatively, mentor students well as researchers so they can be great graduate students. Then, mentor our graduate students to become great researchers and teachers.”

As a researcher, Fradella is interested in the constitutional rights of the criminally accused. He also studies mental health law. Fradella is the coauthor of a new book, titled "Mental Illness and Crime." It provides a comprehensive look at the relationship between mental illness, psychiatric disorders and crime, including violent crime and other forms of antisocial behavior.

“What I’m particularly interested in is mental health law and how that plays out in the courts,” Fradella says. “So, mentally disordered criminal offenders, the insanity and diminished capacity defenses, and then what we do with mentally ill defendants after they are convicted.”

Fradella’s goal is to help prosecutors, defense attorneys and judges make better use of social science research to improve the criminal justice system.

As associate director of the ASU School of Criminology and Criminal Justice, Fradella says he hopes to recruit leading scholars to expand the faculty’s expertise into areas that could include substance abuse, forensic psychology and neuroscience to study the role the brain and behavioral genetics play in violence and crime.

“Hopefully, we’ll be able to bring in some people in the next few years who will add synergy to an incredible program that already includes some of the nation’s greatest criminologists and the leading experts in courts, policing and corrections,” says Fradella.

As an assistant professor of law and justice studies at the College of New Jersey, Fradella helped students understand a vicious hate crime that drew international attention. In 1998, Matthew Shepard, a gay University of Wyoming student, had been viciously beaten and left tied to a fence post on the outskirts of Laramie. He died days later. Two men were arrested and sentenced for his murder.

The sensational crime became a frequent topic in his classes. Fradella, who is gay, felt it was important to help students get past the stereotypical portrayal of gay men and women to better understand the issues involved.

“And I thought, 'This was a teachable moment,’” recalls Fradella. “I can help not only my LGBT students identify with someone, but perhaps more importantly, my straight students who thought, ‘Oh, that’s those people – they’re not in my life.’ Because we’re conditioned to be invisible. And so I made a very conscious decision to come out in my classroom – it made the front page of the school newspaper.”

Getting back to his roots

Returning to ASU is important to Fradella because he will no longer have to commute 400 miles to work. Fradella has lived in the Phoenix area for years. As a professor and director of the criminology program at Long Beach State, Fradella would leave his house in Cave Creek every Monday morning, fly to Southern California, then return late Thursday night. Now his commute will be much shorter – 25 miles.

That’s important to him. He has lots of family locally, and recently got married to an engineer who works for a Scottsdale technology company after a 10-year relationship. Fradella says he’s looking forward to more time with family.

“I love to cook,” says Fradella. “I am Italian and had the good fortune of being raised by my grandparents. Having been in my grandmother’s kitchen every night of childhood through the time I went away to college, I learned to make some really good Italian dishes.”

Fradella, who has many of his grandmother’s pots, pans and cooking utensils, says the creative process of cooking not only brings back wonderful childhood memories, but is also a very therapeutic way to escape the pressures of work.

Besides cooking, Fradella is an ardent movie buff, watching five to six movies a week. He is passionate about the arts, and is a singer whose repertoire ranges from Frank Sinatra to Billy Joel to Guns and Roses.