The King James Bible has now been in use for four centuries, and Arizona State University is planning several public lectures and events to mark the anniversary.

At 10:30 a.m., Nov. 14, in Hayden Library room C6 East, on ASU’s Tempe campus, faculty from the Department of English will participate in a panel discussion, “The King James Bible: A Celebration of Language and Literature.” 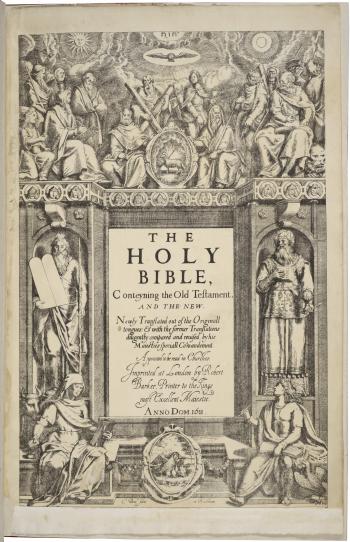 Also on Nov. 14, faculty from the School of Historical, Philosophical and Religious Studies (SHPRS) will participate in a discussion titled “The Dawn of King James Bible in America.” This event will be held at 7:30 p.m., in the Memorial Union, room 202, Tempe campus. Refreshments will be served.

And from 10 a.m.-2 p.m., Nov. 19, The Arizona Center for Medieval and Renaissance Studies (ACMRS) will host a symposium, “Celebrating 400 Years of the King James Bible,” in Hayden Library Room C6 East. All programs are free and open to the public.

The events are being held in conjunction with the exhibit “Manifold Greatness: The Creation and Afterlife of the King James Bible,” a national traveling exhibition for libraries, that will be on display at Hayden Library Nov. 14-Dec. 6.

The exhibit tells the story of the origins, creation, and impact of one of the most influential books in history. It not only highlights the dramatic tale behind the making of this great book, but also includes its influence on English and American literature, and its multifaceted impact on culture and society to the present day.

The exhibit’s chronological narrative focuses on the human side of this major cultural landmark and explores the book’s social, cultural, literary, and religious influence over four centuries, from Handel's “Messiah,” Melville's “Moby-Dick” and Toni Morrison's novel “Song of Solomon” to the reading of Genesis – in the King James Bible version – by astronauts orbiting the Moon.

"Manifold Greatness: The Creation and Afterlife of the King James Bible" was organized by the Folger Shakespeare Library, Washington, D.C., and the American Library Association Public Programs Office. It is based on an exhibition of the same name developed by the Folger Shakespeare Library and the Bodleian Library, University of Oxford, with assistance from the Harry Ransom Center of the University of Texas. The traveling exhibition was made possible by a major grant from the National Endowment for the Humanities.

The lectures and symposium are sponsored by ASU Librarie, SHPRS, Department of English and ACMRS.

Furnish spoke on the topic, “Assertive Jurisdiction, Civil Proceedings and Navajo Judicial Sovereignty,” which refers the movement of Congress to assign criminal cases to the federal courts system, but keep civil cases with the tribal courts. 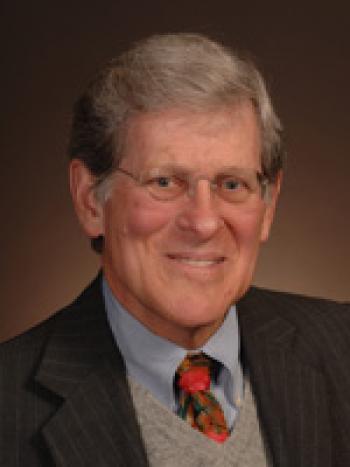 Furnish has taught courses on Contracts, Secured Transactions and other Uniform Commercial Code topics, Creditor-Debtor, Bankruptcy, Mexican (Comparative) Law and NAFTA. He has an international reputation for his work in comparative law and International commercial and trade law, as well as U.S. commercial law. Furnish was elected a Supernumerary Member of the Mexican Academy of Private International and Comparative Law in 2003.