Chemistry and art may seem like an unlikely intersection from which to launch a business, but for two Arizona State University entrepreneurs, it’s the perfect place.

Arizona Ceramic Coatings is the brainchild of ASU chemistry student Geoff Coppola and Richard “Rico” Piper, a staff member in the Herberger Institute for Design and the Arts. The new venture will provide glazes made from Arizona materials that can be used on a variety of ceramic objects, from artisan pottery to pool tiles to tableware. 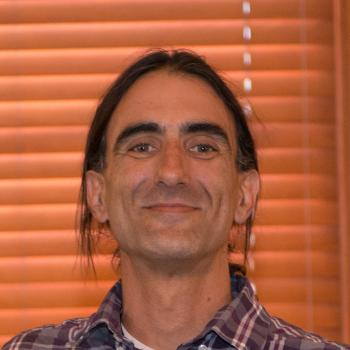 Traditionally, glazes are made from minerals mined domestically, or even as far away as Australia and Africa, where workers may endure unhealthy and/or unsafe conditions. A glaze material may have traveled thousands of miles by the time it reaches a ceramist in the United States, in addition to having other negative impacts.

“There’s a really high cost with the status quo the way operations are done right now,” says Coppola. “I’m saying it doesn’t have to be that way.”

Arizona Ceramic Coatings is one of 20 ventures selected for the Edson Student Entrepreneur Initiative’s 2014-2015 cohort.

The Edson Initiative helps ASU student entrepreneurs launch viable startups with up to $20,000 in seed funding, office space at ASU SkySong, mentorship and exclusive training opportunities. The program entered its 10th year this fall, and has provided approximately $1.6 million in funding to more than 140 student ventures so far.

Although he is a lifelong ceramic hobbyist, Coppola did not conceive of creating a different kind of ceramic glaze until he began pursuing a chemistry degree at ASU. Working with Timothy Steimle, a professor in the Department of Chemistry and Biochemistry, Coppola discovered that materials available in Arizona, when processed, could express a range of colors.

“That was a breakthrough,” says Coppola about the realization that the materials to create an array of glazes could be found in Arizona.

During the same semester, Coppola met Piper through a ceramics course at Herberger. The two soon realized that they shared a mutual interest in creating a ceramic glaze that is non-toxic and sustainably sourced in Arizona. A partnership was born.

Arizona Ceramic Coatings will use Arizona minerals as well as waste from local industry in order to create their glazes, offering an alternative to glazes made from imported materials. The first sites for collecting minerals are already being explored.

Another component of the business is designing the specific mining and processing equipment needed to create the ceramic glazes, as well as more environmentally friendly ceramic furnaces, which are used for the firing of ceramic glazes. Eventually, says Coppola, they would like to make their equipment available for purchase. As the business operation grows, the team anticipates creating jobs and hiring Arizona employees.

To date, Coppola and Piper have met with several ceramic-producing companies about the glaze products they will offer, and have been greeted with enthusiasm. Speaking about a recent business meeting, Coppola says that the company CEO they met with immediately understood the significance of sourcing materials locally.

Jeff Abbot is director of Acceleration Services at ASU and is a mentor for Arizona Ceramic Coatings. He says that he has been struck by the team’s enthusiasm and by how well the team had already developed their business model before joining the Edson Initiative. He noted that the curriculum of the Edson Initiative has undergone recent changes that allow the program to be tailored to the needs of each startup.

“We think it is revolutionary at a university to offer this type of program on the scale that we are, and with this degree of customization,” he says. “Arizona Ceramic Coatings is one of the first businesses coming through this new model and we’re really excited about it.”

Coppola and Piper both emphasize that support from professors and colleagues, along with the numerous resources offered by the Edson program, have been invaluable to launching their business.

“We thought that this venture was a possibility for us to demonstrate to students and colleagues in the Art Department that there are many applications to this knowledge after school. Yes, there’s art. But there are other things that can be done with this knowledge, too,” Piper says.

“Edson has brought us above the surface,” adds Coppola. “It’s not just about the seed money; it’s the services and the advisers that are our greatest asset here. It’s about the connections to the community at SkySong that has really benefited us.”

The Department of Chemistry and Biochemistry is an academic unit of the College of Liberal Arts and Sciences.

Arizona State University is committed to providing exemplary service to promote student success and pride in being a Sun Devil. For this reason, the university is introducing the Sun Devil Service Standard and Principles to define service excellence at ASU.

To familiarize staff with the new standard and principles, the university is rolling out a number of service trainings to enhance professional development.

Please review the other service resources available through this course and participate in trainings relevant to your position at ASU. Regardless of everyone's specific roles, each employee plays an important part in ensuring student success.

Email serviceexcellence@asu.edu with any questions or ideas you may have. Learn more about Service Excellence Initiatives at service.asu.edu.