Arizona State University engineering professor Werner Dahm has been named by the Secretary of the U.S. Air Force as the new chair of the Air Force Scientific Advisory Board. His three-year term begins in September.

Dahm will lead the 52-member body consisting of preeminent scientists and engineers from industry, academia, federally funded research and development centers, and national laboratories, who are appointed by the Secretary of Defense. 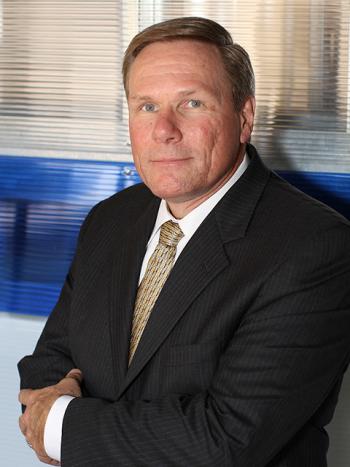 The board has existed since 1944 to provide independent technical advice to U.S Air Force leadership. It conducts studies on topics deemed critical by senior Air Force leadership, and recommends applications of technology to improve Air Force capabilities. It also evaluates the research programs in the Air Force Research Laboratory and makes recommendations on science and technology research needed to support long-term strategic plans.

“The Air Force conducts about $4 billion annually in research across a wide range of technology areas, so it is essential to have an independent board to help guide decisions about the best use of these resources. The goal is to ensure that the Air Force obtains the most relevant and effective technologies from its investments,” Dahm said.

Dahm is an ASU Foundation Professor of aerospace and mechanical engineering in the School for Engineering of Matter, Transport and Energy, one of ASU’s Ira A. Fulton Schools of Engineering.

He previously served as the chief scientist of the U.S. Air Force, working full-time in the Pentagon from 2008 through 2010. For his performance in that position, he received the Exceptional Service Award, the highest recognition for civilian service bestowed by the Air Force.

Prior to becoming the Air Force’s chief scientist, Dahm had served on the Scientific Advisory Board, and he returned to the board upon completion of his chief scientist role.

He left a position on the engineering faculty at the University of Michigan to come to ASU in 2010 as the founding director of ASU’s Security and Defense Systems Initiative. Dahm also serves as chief technical officer at ASU Research Enterprise, an ASU-affiliated not-for-profit applied research organization that he established as part of the Security and Defense Systems Initiative. Both organizations conduct research that addresses national and global security and defense challenges.

At ASU, Dahm also teaches courses in aerodynamics and propulsion at both the undergraduate and graduate levels, and conducts research in the same areas. His work focuses on the fundamental physics and computational modeling of turbulence, with applications to advanced aircraft propulsion systems.

His new role as Air Force Scientific Advisory Board chair will demand frequent travel and a significant time commitment, but Dahm said he will keep up with his teaching and research at ASU.

“It will be a challenge, but I am passionate about my teaching and the quality of the education and experiences we provide our students,” he said.

He looks forward to leading the board because of the wide range of emerging technologies that can help the Air Force bridge the growing gap between its strategic challenges and tightening budgets.

He expects the board to explore technologies from new types of aircraft and propulsion systems, sensors and information systems to munitions and directed energy systems, materials, manufacturing technology and devices and systems that enhance human performance.

“We will be recommending acceleration in the development and application of the most promising technologies that can help the Air Force achieve its goals over the next 20 years,” Dahm said.

Bianca Bernstein, professor of counseling and counseling psychology in ASU's School of Letters and Sciences, has been named the 2014 Woman of the Year by the American Psychological Association.

Bianca Bernstein, professor of counseling and counseling psychology in ASU's School of Letters and Sciences, has been named the 2014 Woman of the Year by the American Psychological Association.

Bernstein received the award at the association's annual conference, on Aug. 8, in Washington, D.C. The association's Division 17 Section for the Advancement of Women specifically recognized Bernstein for her contribution to the advancement of women in psychology and other scientific professions. 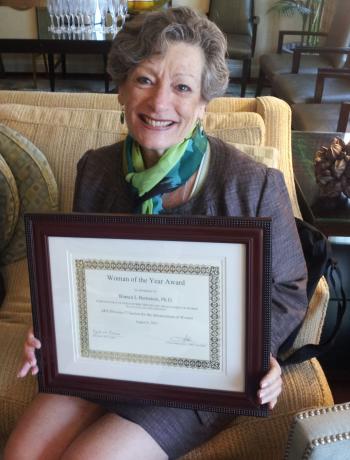 “I am truly honored to receive this award,” Bernstein said. “Applying psychological science to the educational and career advancement of women and underrepresented minorities has been my passion and privilege. Now to have my work recognized by my professional community in this special way is a wonderful bonus.”

The American Psychological Association is the largest scientific and professional organization representing psychology in the United States. The association is the world's largest association of psychologists, with nearly 130,000 researchers, educators, clinicians, consultants and students as its members.

“Bianca has been an exceptional mentor to graduate students and junior and mid-career faculty across many disciplines at ASU, and in every realm of her professional life,” said Duane Roen, assistant vice provost for the University Academic Success Program and interim director of the School of Letters and Sciences. “The project management skills and commitment to meticulous research methods that she brings to her scholarship is evident in the success of her CareerWISE online coaching program, which has put ASU on the map as a go-to source for women in STEM fields anywhere in the world to learn communication skills and find thoughtful guidance.”

In addition to her teaching duties, Bernstein is principal investigator of the CareerWISE research program, supported by the National Science Foundation since 2006. Her over 200 publications and presentations, and over $3.6 million in external support, have focused on the application of psychological science to the career advancement of women and underrepresented minorities, and the development of effective learning environments for graduate education.

In her 27 years at ASU, Bernstein has served as the dean of ASU’s Graduate College, director of NSF’s Division of Graduate Education, leader of ASU’s extensive Preparing Future Faculty Program, innovator of ASU’s Preparing Future Professionals Program, president of the Western Association of Graduate Schools, member of the Board and Executive Committee of the Council of Graduate Schools and visiting scholar at the Carnegie Foundation for the Advancement of Teaching at Stanford University.