Douglas Montgomery has attained one of the highest levels of recognition for exceptional achievement and leadership in his profession. The Arizona State University industrial engineer was recently elected as an Honorary Member of ASQ – formerly the American Society for Quality.

The organization’s membership – almost 80,000 professionals from 150 countries – includes many of the modern pioneers and eminent figures in academia and industry in the fields of engineering, quality control and improvement, statistics, business management, technical process development and many other related areas of expertise. 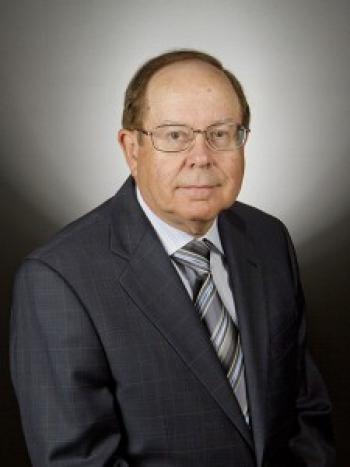 Montgomery becomes only the 25th member elevated to Honorary Member status since the organization was founded in 1946.

Montgomery is an ASU Regents’ Professor and an ASU Foundation Professor of industrial engineering in the School of Computing, Informatics, and Decision Systems Engineering, one of the ASU Ira A. Fulton Schools of Engineering.

His expertise is in statistical quality control, specifically “the mechanics of running complex experiments,” he says, involving the design and development of tools, processes and methods necessary to provide “statistic integrity” in testing and experimentation.

“That means making sure you get reliable, accurate and valid conclusions in performance analysis, testing and evaluation endeavors," Montgomery explains.

He has applied his knowledge in research for the Department of Defense and the National Science Foundation, and with many major corporations, including Intel, Motorola, AT&T, Procter and Gamble, Boeing, IBM, Dial Corp., Dow Chemicals, Alcoa, Eli Lilly and Union Carbide.

His Honorary Member designation by ASQ “once again acknowledges Doug as the international leader in quality engineering,” says Ronald Askin, director of the School of Computing, Informatics, and Decision Systems Engineering.

“His extensive list of research publications, textbooks and editorship service with the highest impact journals in the field constitute an unsurpassed record in creating and disseminating knowledge on the use of statistical methods to improve quality in both the design and operational phases of systems,” Askin says.

Montgomery’s contributions as a teacher are equally exceptional. “Our students are fortunate to have the opportunity to learn from Doug firsthand. He exudes a rare combination of enthusiasm for working with students, deep technical understanding and exceptional ability to convey difficult concepts in a clear manner that make him truly outstanding as a researcher, educator, mentor and colleague,” Askin says.

William Woodall, a professor of statistics at the Virginia Polytechnic Institute and State University, led the nomination effort for Montgomery’s ASQ honor.

In his nomination letter, Woodall wrote that Montgomery has made “an unusually large contribution to the development of the body of knowledge related to quality,” and lauded Montgomery for a range of research pursuits that few others in the field could match.

Woodall further cites the influence of successful textbooks Montgomery has authored, primarily “Introduction to Statistical Quality and Control” and “Design and Analysis of Experiments.”

He also notes Montgomery’s contribution to development of the popular Six Sigma management and leadership training and certification program at ASU, as well as many short courses and tutorials Montgomery has taught for industry professionals.

ASU statistics professor Connie Borror, who earned a doctoral degree in industrial engineering with Montgomery as her academic advisor, says he “has been a big draw for a long time for a lot students. He’s a foremost expert in five or six main areas, and that is unusual. People have purposely come to ASU because of him.”

His impact as an educator is far-reaching. Those who have earned master’s degrees and doctoral degrees under his guidance “are working all over the world,” Borror says.

“He’s a fantastic mentor who builds up and brings out the best in his students,” she says. “I owe my career to him, and a lot of other people can say that, too. He got us started and headed on the right path. And just to say Doug Montgomery was your mentor or advisor opens doors for you because of the respect people have for him.”

Among the dozens of honors and awards, he has been given the high status of Fellow in the American Statistical Association and the Institute of Industrial Engineers. He is an elected member of the International Statistical Institute and the United Kingdom-based Royal Statistical Society.

Montgomery is in his 26th year at ASU. Previously, he was on the faculties of  the Georgia Institute of Technology and the University of Washington, and was an instructor at the Virginia Polytechnic Institute.

He will be recognized for his career achievements in a formal tribute during ASQ’s World Conference on Quality and Improvement in Dallas in May.

The commissioned Martin Luther King Jr. paintings from 2012 MLK Servant-Leadership Award recipients Rev. Jenny Norton and Bob Ramsey will be moved from their current location at ASU Gammage on the Tempe campus to a new home at the Polytechnic campus library.

The commissioned Martin Luther King Jr. paintings from 2012 MLK Servant-Leadership Award recipients Rev. Jenny Norton and Bob Ramsey will be moved from their current location at ASU Gammage on the Tempe campus to a new home at the Polytechnic campus library.

The paintings were gifted to Norton and Ramsey from their friend and world-renowned painter, Peter Max, who is best known for his use of psychedelic color palettes. 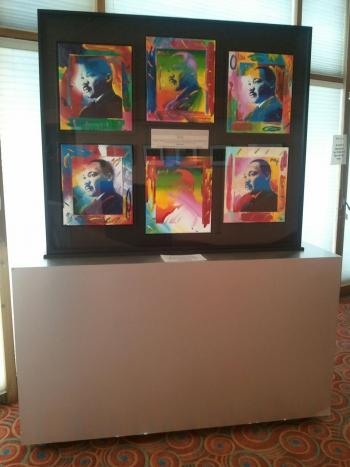 MLK Jr. Committee leader Colleen Jennings-Roggensack organized the move to spread the enjoyment across all four campuses. As such, each will take turns hosting them for a year, beginning with the Polytechnic campus. The paintings will transfer to the West campus in 2015 and then the Downtown campus in 2016. They will return to the Tempe campus in 2017.

The Polytechnic Library is located in the bottom floor of the Center Building (5988 S. Backus Mall, Mesa, AZ 85212).