Arizona State University’s Biodesign Institute announced it is entering a new, $9 million phase of a multi-million, multi-institutional development project to produce a diagnostic test to measure rapidly an individual’s level of absorption of ionizing radiation in the event of an unplanned radiological or nuclear event.

The project is part of a potential $31.2 million in total funds authorized by the Biomedical Advanced Research and Development Authority (BARDA), a federal agency within the Office of the Assistant Secretary for Preparedness and Response of the U.S. Department of Health and Human Services. The project is a collaboration with Life Sciences Solutions at Thermo Fisher Scientific and utilizes the Life Technologies brand of qPCR (quantitative polymerase chain reaction) instruments for analysis of gene expression. 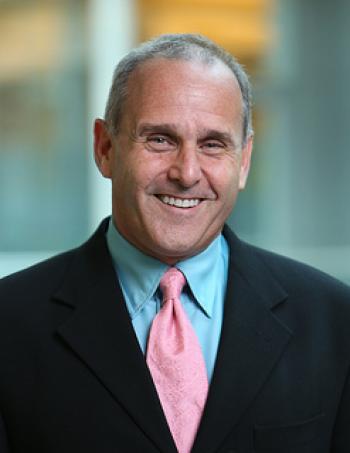 “We are proud to be moving forward in this ambitious, challenging project that combines ASU’s considerable research strengths in biomarkers with Thermo Fisher’s expertise in the product commercialization process,” said Joshua LaBaer, director of the Biodesign Institute’s Virginia G. Piper Center for Personalized Diagnostics.  “Our research team’s ultimate goal is to translate our discoveries for development of an automated high-throughput system for radiation biodosimetry that is capable of processing a high volume of blood samples per day for gene expression analysis.”

Currently, no rapid, FDA cleared high-throughput system exists to measure the radiation dose absorbed by individuals within a large population. Of the eleven project teams launched in 2010, the ASU group is one of six continuing development of a medical device to address this application.

The Biodesign Institute at ASU is designing a multi-gene assay panel and collaborating with Thermo Fisher to develop a real-time quantitative PCR-based assay system to rapidly assess absorbed radiation dose.  The Project is entering a $9M contract option to optimize the biomarker assay and platform workflow to prepare for testing needed to seek regulatory clearance for the assay from the U.S. Food and Drug Administration.

According to members of the ASU Biodesign Institute team, Thermo Fisher will lead the FDA submission process for the assay panel utilizing its PCR platforms that are currently listed with the FDA.

“As part of the project, the Biodesign Institute has developed a high-quality, biomarker discovery core competency utilizing next generation sequencing and gene selection algorithms that can reproducibly identify and select biomarkers. Our process includes quality control standards and can be applied to many other medical challenges for research, diagnosis or development of a therapeutic,” said Kristin Gillis, senior scientific project manager.

Southeast Asia is about as far as one can get – geographically and culturally – from Iceland, where Hjorleifur Jonsson was born and raised. Yet it is this region that drew his interest as a budding anthropologist, and the area where his focus has remained.

Jonsson has spent well over two decades researching the cultural dynamics and ethnohistories of the diverse peoples of Southeast Asia, particularly ethnic minorities of the mainland. One thing he has discovered in his work is the unifying, not divisive, nature of difference. 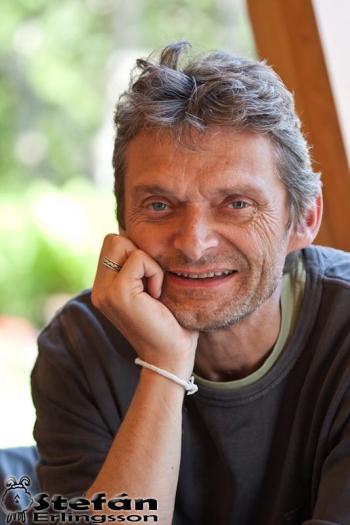 The Arizona State University associate professor’s latest book, based on this premise, is being released this month from Cornell University Press.

Jonsson calls “Slow Anthropology: Negotiating Difference with the Iu Mien” a guided tour through the human past and present, from ancient China through Laos and Thailand in the nineteenth century, to the contemporary United States.

“My case is that this region’s peoples have not only a long history of negotiating difference for mutual benefit, but that Southeast Asians have also made up or exaggerated their differences in order to find creative and enriching ways of bridging them,” Jonsson says. “Difference is not an obstacle, but an invitation to creative solutions to practical problems of getting along; it is a resource that is often ignored, it seems.”

He points out that recent research in linguistics and archaeology supports his case, as well as the idea of Southeast Asian diversity arising in the last 10,000 years.

The Mien of Thailand were the subject of dissertation research and a book by Jonsson several years ago, and he thought he had wrapped up his work with that culture. Then, he came to know some Mien refugees from the war in Laos that ran from 1962-1975.

As he learned about their lives and histories, and through sporadic research over the last few years, he was forced to rethink everything he knew about Southeast Asia, anthropology and how we make a case based on an ethnic group.

He explains, “I focus on the Iu Mien because I know something about them, but the book is also on Southeast Asia as a region, and on academic ideas about tribal peoples and how this has come out differently in U.S., French and Japanese scholarship.”

Being Icelandic helped give Jonsson a neutral perspective in dealing with an area of the world that has seen internationally invested conflicts that still evoke difficult sentiments decades later.

The Iu Mien at the center of Jonsson’s book were farmers who were brought into war as a CIA-sponsored militia. When the Lao communists won the war in 1975, these people became refugees, and lasting divisions were created in Laos.

As with much of his published work, this book began with conversation. Jonsson finds that when he starts talking to people, interesting things happen.

In the field, Jonsson has been asked to tag along to weddings, funerals and various social events, bestow awards at sports festivals and participate in worship services. He observes that it often takes people a while to size up the stranger in their midst, but that engaging in conversation, rather than direct interviews, usually leads to more meaningful interaction. He calls those real human connections the highlights of his career.

He says, “We cannot take for granted the importance of talking to people to establish a deeper understanding.”

Jonsson, who is faculty in the School of Human Evolution and Social Change in the College of Liberal Arts and Sciences, will begin a visiting fellow position with Cornell University’s Southeast Asia Program this fall.

Using memoirs, film, ethnographies, newspaper reports and fiction from 1950 on, he will study the complex diversity of supposedly antagonistic groups of people in Thailand during the last century.

As news emerges from Thailand regarding discord between Buddhists and Muslims in the south, and political fighting in the streets of Bangkok, Jonsson holds out hope for what insights anthropology can offer.

“Maybe I am exposing myself as an optimistic researcher, but I am committed to finding credible alternatives to separatism and conflict,” he notes. “I can either assume the antagonistic rhetoric as a fact or go against the grain to study recurring signs of peaceful and creative co-existence. Perhaps that is the recipe for ‘slow’ anthropology more generally.”