Arizona State University’s Downtown Phoenix campus is inviting the public to the largest open-door event in its seven-year history, with numerous interactive attractions for the community. 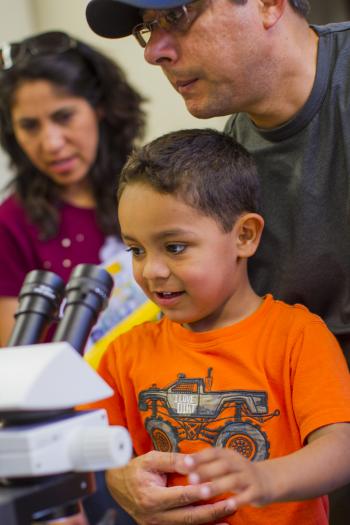 Participants will have the opportunity to sit behind a news anchor desk and read a news story, investigate a criminal case, sample appetizers cooked by nutrition students, take a tour of the new Sun Devil Fitness Complex or make their own comic book at the ASU Library.

“The Downtown Phoenix campus is a vibrant community of more than 10,000 students,” said Christopher Callahan, founding dean of the Walter Cronkite School of Journalism and Mass Communication and vice provost of the Downtown Phoenix campus. “This event offers the perfect opportunity to explore our world-class facilities and experience our top-flight programs.”

Visitors can connect with ASU faculty, staff and students, as well as learn about various programs, clubs and activities offered at the Downtown Phoenix campus.

Registration will start at noon in the University Center lobby, 411 N. Central Ave., Phoenix. Visitors can register anytime between noon and 4 p.m. Brochures with locations of events and campus maps will be provided.

For more information or to register for Open Door @ Downtown, visit https://opendoor.asu.edu/downtown-phoenix.

Author and journalist Gary Younge holds a unique position in the world of modern reporting. A columnist and feature writer for the Guardian of London, Younge’s “beat” for more than a decade has been race in America.

Author and journalist Gary Younge holds a unique position in the world of modern reporting. A columnist and feature writer for the Guardian of London, Younge’s “beat” for more than a decade has been race in America, to which he brings a global perspective and level of contextual analysis uncommon in today’s journalism.

Born in Britain to Barbadian parents, Gary Younge taught English in a United Nations Eritrean refugee school in Sudan before attending university in Scotland. He joined the Guardian in 1993, reporting all over Europe, Africa, the United States and the Caribbean before being appointed the newspaper’s New York correspondent in 2003. Younge has been based in Chicago since 2011. 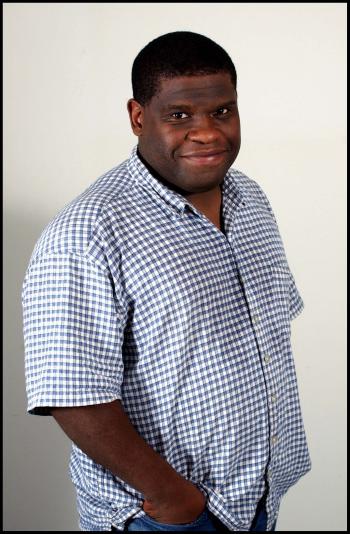 This week, the renowned writer and social analyst will be at Arizona State University presenting two community lectures as part of Black History Month celebrations at ASU. His visit is sponsored by African and African American Studies in the School of Social Transformation, College of Liberal Arts and Sciences.

From 4-6 p.m., Feb. 27, Younge will present a lecture titled "From Ignominy to Icon: Nelson Mandela's Long Walk to Freedom," sharing insights gained in his interviews with and coverage of Mandela during his post-prison years.

From 10 a.m. to noon, Feb. 28, Younge and ASU professor of English Keith Miller will conduct a dialogue on Martin Luther King Jr.'s "I Have a Dream" speech, which they both have written about.

Both events will be held in West Hall, room 135 on the ASU Tempe campus.

“Gary Younge is an influential voice in the world who offers keen observations on critical issues affecting blacks in the U.S. and the Diaspora,” says professor Arna “Alex” Bontemps, faculty head of African and African American Studies. “His craftsmanship as a writer and his level of contextual analysis and insight hearken back to a time in American journalism when many columnists were public intellectuals and the commentary of reporters like Eric Sevareid captured the nation’s attention.”

Bontemps, himself a trained journalist-turned-historian who worked a number of years at the Tennessean (sharing a desk for two years with a talented reporter named Al Gore) and Ebony magazine, recognizes something quite special in Younge’s ability to offer critical analysis that is not oppositional.

“Gary’s interviews with Nelson Mandela for the Guardian were really insightful, very respectful and conveyed a serious engagement with the issues Mandela represented,” he continues. “But he saw him unromantically, and the impact of his reflection helped readers come to a mature understanding of the overall quality of Mandela’s unique character.”

Bontemps says that Younge, in his book "The Speech: The Story Behind Dr. Martin Luther King's Dream," reconstructed the milieu of 1963 and the days leading up to the March on Washington as deftly as any historian: “He talked with almost everybody still alive who was there that day and involved, bringing you up to that day moment by moment and contextualizing all that was resonating in the atmosphere.”

The late Stuart Hall, a leading scholar in cultural studies, described the book and Younge this way: "Unfailingly insightful, illuminating and well-informed on the subjects that matter, with a genius for finding the place, the witness, the anecdote, the event, the detail, the angle which takes the reader right to the heart of the matter. Gary is one of the tiny handful of contemporary journalists left who is consistently worth reading. A voice for our times."

Younge’s other books include: "No Place Like Home: A Black Briton's Journey Through the American South," "Stranger in a Strange Land: Encounters in the Disunited States," and "Who Are We – and Should It Matter in the 21st Century?"

Gary Younge was named Newspaper Journalist of the Year by the Ethnic Minority Media Awards in the United Kingdom for three straight years, nominated for Foreign Journalist of the Year in 2000 for his reporting from Zimbabwe, and in 2009 earned the prestigious James Cameron Prize for the “combined moral vision and professional integrity” of his reports on the Obama campaign.

Younge has written for the Los Angeles Times, GQ Style, Cosmopolitan, Marie Claire and Hello! He also helped produce the BBC television documentaries "Keepin' it Real: On the Trial of Sean 'Puff Daddy' Combs," and "Minister of Rage," on the banning of Louis Farrakhan from the UK.

For additional information about Gary Younge's visit, contact Stanlie James, professor of African and African American studies and women and gender studies, or the School of Social Transformation at 480-965-7682.