Americans love their smartphones, and are constantly downloading more apps to use on them. So how do you know which apps are going to be the most worthwhile to get – the ones that will ultimately be the best-sellers?

A new study from the W. P. Carey School of Business at Arizona State University breaks down the formula for a winning app. 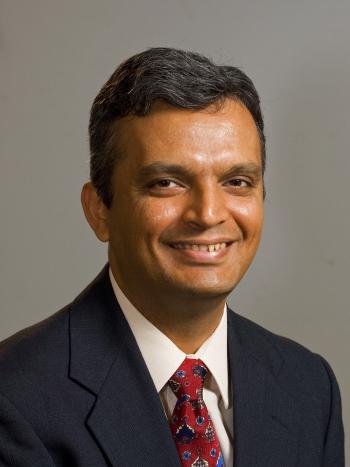 “More than 1,200 apps are released each day, and we found a number of ways to determine which ones would be the most successful,” said professor Raghu Santanam, one of the study’s authors, who teaches in the Information Systems Department at the W. P. Carey School of Business. “For example, simply providing updates for an existing app can really add to its popularity.”

Since Apple doesn’t release sales figures to the public, the researchers tracked individual apps and their presence on the “Top 300” charts in Apple’s App Store over 39 weeks. The final dataset covered about 7,600 apps by almost 4,000 sellers, and the researchers found a number of factors that make an app more attractive to buyers.

In fact, the study found that each time a seller just expands to a new app category, it bumps up that seller’s presence on the top-grossing charts by about 15 percent. The researchers also discovered that free apps generally stay on the charts up to two times longer than paid apps. In addition, when sellers keep updating and improving the features in an app, it can help the app stay on the charts up to three times longer.

“For app sellers, it is a great idea to implement some type of portfolio-management strategy to app markets that focuses on developing multiple apps with low production costs,” said Lee. “Then, they can take advantage of a large network of different user groups by selling many apps in multiple categories and offering frequent updates to those apps.”

Santanam said, “The App Store launched with only 500 apps back in summer 2008, and seven years later, users can now download about 1.2 million different apps from that store. Developers and sellers have the opportunity to change the features and characteristics of the apps based on user feedback, reviews and other factors listed in our research, even after those apps go on the market. We’re hopeful this new study will provide them with useful information about how to make adjustments to benefit both consumers and their own company bottom lines.”

This year, Arizona State University leads all Arizona colleges and universities in producing the most Peace Corps volunteers.

Before graduating from Arizona State University, Breanne Lott had only ever called Mesa, Arizona her home.

“Now I have two homes!” she said, referring to the other place she calls home: Ethiopia. She describes her time there as a Peace Corps volunteer as “life-defining.” 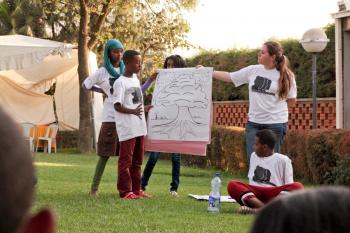 Lott was first exposed to the Peace Corps during a study abroad trip to Paraguay in her sophomore year.

“Whenever I told people I was from the United States, they asked, ‘Cuerpo de paz?’ (‘Peace Corps?’)” Lott said. “After returning to Arizona, I researched Peace Corps on the Internet and found out that ASU had a recruiter.”

Lott submitted an application to volunteer and was accepted her senior year of college, joining the ranks of nearly 1,000 ASU alumni who have served as Peace Corps volunteers since its establishment in 1961.

This year, Arizona State University leads all Arizona colleges and universities in producing the most Peace Corps volunteers.

ASU has consistently ranked in the top 20 undergraduate schools for three consecutive years, and with this year’s announcement, it moves up two places.

“Our steady placement among the top producers of Peace Corps volunteers exemplifies our institutional commitment to global engagement, as well as our students’ hands-on dedication to making the world a better place,” said ASU President Michael M. Crow.

The university also ranks among the top 40 volunteer-producing colleges and universities of all time.

View the complete 2015 rankings of the top 25 schools in each undergraduate category here. A video featuring several of the top schools can be found here.

Carrie Hessler-Radelet, director of Peace Corps, believes the Peace Corps provides an indispensable opportunity for young people to make a difference in communities around the world.

“Volunteers make lasting change by living and working at the grassroots level in their communities of service, and using their talents to tackle some of the most critical challenges in international development,” Hessler-Radelet said.

Lott was assigned to Ethiopia, where she served as a community health volunteer focusing on HIV/AIDS education and prevention. Adjusting to life there wasn’t easy, but Lott found it to be both exciting and rewarding.

“Even after two years of practice, I’m still not fluent [in the local language, Afan Oromo] but I learned that sometimes we don’t need any language at all to communicate,” she said. “Peace Corps is all about cultural exchange, so while my work there has some lasting impact, I think the day-to-day interactions were what will really stay in people’s minds. Just taking the time to smile and say hi to someone in their local language is mind-blowing for them and will forever change their view of people from the United States.”

As part of her assignment in Ethiopa, Lott hosted a World AIDS Day Celebration with the town health office. It featured mural paintings, panel discussions, distribution of 1,200 community-specific HIV informational pamphlets and 6,000 condoms donated by the local university.

Lott also coached youth in Grassroot Soccer, which taught them about HIV, and was a member of Peace Corps Ethiopia’s Gender and Development Committee, helping to organize and implement the first-ever Action for Gender Equality Summit, a weekend-long youth camp where students learned about gender concepts, health and leadership.

“It was my work with youth that I was most passionate about,” she said.

Lott graduated from ASU with a bachelor’s degree in global health with a minor in biochemistry, but her time in the Peace Corps resulted in a change of heart. She is now pursuing a different career path, working toward her master of education in elementary education at ASU's Mary Lou Fulton Teachers College.

She is also now a Peace Corps campus recruiter at ASU.

“I’ve been really impressed … with the level of interest that ASU students have about Peace Corps,” she said. “We’ve even started a Peace Corps club this semester, full of amazing students who want to join.”

Lott treasures her time in the Peace Corps and values the ways it changed her life for the better.

“No matter what your personal experience is like, you cannot come out unchanged. You also gain a new world view and interpersonal skills that will stay with you for life,” she said.

ASU will be hosting a number of activities and events across all campus locations and throughout the community in honor of Peace Corps Week, March 1-7. Peace Corps Week commemorates President John F. Kennedy’s establishment of the Peace Corps on March 1, 1961.