ASU among elite groups of universities in patenting

ASU ranks 4th in world among universities without medical school

Arizona State University now ranks among the top 100 universities worldwide for patents issued to its researchers. The most recent annual report, covering calendar year 2012, was released by the National Academy of Inventors and the International Property Owners Association, based on data from the U.S. Patent and Trademark Office (PTO). 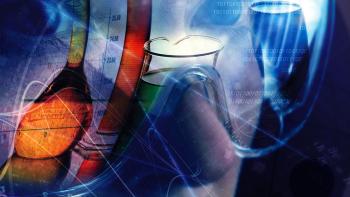 This report ranks ASU 48th worldwide, but actually undercounts the number of patents issued to ASU inventors in 2012 due to language variations in assignment of patents to ASU in the PTO database. In fact, 43 U.S. patents were issued to ASU during calendar year 2012. This would put ASU 33rd overall and fourth in U.S. universities without a medical school, behind only MIT, Caltech and Georgia Tech.

Patents help faculty and student innovators bring their ideas to the marketplace, and reflect ASU’s commitment to use-inspired research. One example is the groundbreaking patent issued to Wayne Frasch, ASU professor in the School of Life Sciences, titled “Methods for generating a distribution of optimal solutions to nondeterministic polynomial optimization problems.” (US Patent No. 8,126,649)

The patent covers a DNA-based computer, a type of computer that uses DNA, biochemistry and molecular biology, rather than the traditional silicon-based electronic computer technologies. This computer has demonstrated the ability to solve some problems that are unsolvable by electronic computers in fields such as transportation engineering and supply chain management.

Patent management of ASU discoveries is provided by Arizona Technology Enterprises (AzTE), which was formed in 2003 as the exclusive technology transfer organization for ASU.

“AzTE supports our entrepreneurial research culture through their innovative approach and by offering outstanding IP services to the ASU research community,” says Sethuraman “Panch” Panchanathan, senior vice president for Knowledge Enterprise Development at ASU. “These new rankings are another testimony to the creativity and productivity of our world-class faculty.”

The university has continued to increase its technology transfer activities since 2003. In fiscal year 2013, ASU researchers submitted a record 250 invention disclosures and spun out 11 new start-up companies. In the same fiscal year, start-up companies that have licensed ASU IP received more than $68 million in venture capital and other funding.

ASU joined the National Academy of Inventors in May 2013 to provide greater capacity for its innovators to develop and commercialize their academic inventions. A university membership enables university-affiliated community members to join as individuals, giving them access to academy resources and a network of more than 75 other U.S. universities and nonprofit research institutions.

Earlier this month, Panchanathan was named a fellow of the academy. This distinction is reserved for those nominated by their professional peers for inventions that have a positive societal impact. Panchanathan holds four U.S. patents that solve fundamental problems in multimedia. As director of the Center for Cognitive Ubiquitous Computing (CUbiC), he oversees the creation of technologies to aid people with disabilities. One such device is the Social Interaction Assistant, which helps people who are visually impaired to communicate by providing important facial expression information.

The chief operating officer of Republic Media told the newest graduates of ASU's Walter Cronkite School of Journalism and Mass Communication that accuracy and integrity are critical in the new era of digital communications.

The chief operating officer of Republic Media told the newest graduates of the Walter Cronkite School of Journalism and Mass Communication at Arizona State University that accuracy and integrity are critical in the new era of digital communications.

Misner, an ASU graduate, played a key leadership role in the merger of three news platforms – television, newspaper and online – at Republic Media, the largest media organization in Arizona. He told more than 750 guests that the rise of social media has created greater demands on multimedia journalists to perform at high levels.

“The need to quickly publish on social media has created new pressure for journalists to get it right before getting it first,” he said. “… And sometimes, this work requires that you ignore the velocity of the story and put the brakes on and make sure you’re treating all parties fairly and factually.”

Misner, the outgoing president of the Cronkite Endowment Board of Trustees, a board of top local media leaders who advise the school, shared stories of completing his ASU degree later in life and competing in the grueling Ironman Arizona triathlon.

“Why do I mention Ironman?” he said. “Because I think it’s analogous to what you’ve just done. That is: You’ve completed an arduous race in order to cross the finish line and grab your diploma.”

Marianela Lichtscheidl of Newhall, Calif. was the student speaker. While at Cronkite, she interned for USA Today and participated in Cronkite NewsWatch, the school’s award-winning newscast that reaches 1.4 million households on Arizona PBS four nights a week. Lichtscheidl pointed out that she had to stand on a box to reach the podium, as she’s only 4 feet, 11 inches tall. People will make assumptions based on appearance or other superficial factors, she told her fellow graduates, but that shouldn’t be the last word.

“Go out there and shock the world,” she said. “Don’t let anyone prescribe your life’s goals and achievements. You should define who you are and who you want to be.”

In addition, 13 students were inducted into Kappa Tau Alpha, a national college honor society that recognizes academic excellence and promotes scholarship in journalism. The top 10 percent of the graduating class is inducted into the society each semester.

“You are a truly remarkable group of young women and men, and Walter would be very, very proud of you,” Callahan said. “We believe in your abilities and your dreams. And we are confident you will be leaders in the complex and ever-changing world of digital communications.”