Five veteran journalists from The Arizona Republic will explore issues surrounding the child immigration crisis during a special online panel discussion at the Walter Cronkite School of Journalism and Mass Communication at Arizona State University next week.

The Cronkite School is partnering with The Arizona Republic to host “Reporters on the Ground: The Child Immigration Crisis” from noon to 1 p.m., July 23. The online, interactive discussion features Arizona Republic staff who contributed to a weeklong series of stories examining the recent wave of unaccompanied migrant children seeking asylum in the United States.

The event will be streamed live online on azcentral.com’s home page. The public is encouraged to participate in the discussion at www.azcentral.com or on Twitter, using the hashtag #immigrantchildren.

As part of the in-depth series “Pipeline of Children,” the Republic sent reporters and photographers to Central America and the U.S. border from Texas to Nogales, Arizona, to share the stories of children hoping to escape violence and bleak futures in search of a better life.

According to The Arizona Republic, approximately 57,000 unaccompanied minors have been apprehended in the U.S. in the past eight months – already 18,000 more than in 2013. More than 70 percent are from Honduras, El Salvador and Guatemala, three of the countries with the highest murder rates in the world.

“We’re excited to partner with The Arizona Republic to host this discussion,” said Kristin Gilger, Cronkite School associate dean. “At the Cronkite School, we teach coverage of immigration and border issues as part of our Latino specialization, so this is an important topic for us, as it is for all Arizonans.”

The Republic project also includes a story written and reported by Cronkite student Emilie Eaton, who was part of a depth reporting class this spring that traveled to Chiapas, Mexico. The Cronkite Borderlands Initiative, supported by the Howard G. Buffett Foundation and Adelaida and Barry Severson, offers students multimedia depth reporting training and the opportunity to learn about critical immigration and border issues.

“Reporters on the Ground: The Child Immigration Crisis” is presented by The Arizona Republic and the Cronkite School in partnership with Valle del Sol, the Arizona Hispanic Chamber of Commerce and Valley Leadership.

To view The Republic’s “Pipeline of Children” series and learn more about the ongoing immigration crisis, visit borderkids.azcentral.com.

Arizona State University has been named a "best buy" among public colleges and universities for 2015, according to Fiske Guide to Colleges.

Arizona State University has been named a “best buy” among public colleges and universities for 2015, according to Fiske Guide to Colleges.

ASU is among 22 public colleges in the United States, Canada and the United Kingdom selected for their demonstrated commitment to quality academics and affordability. 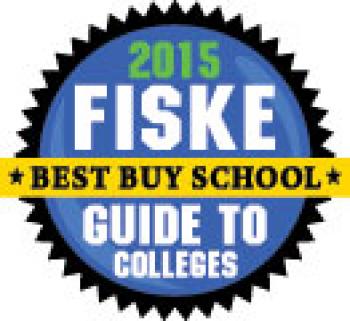 According to Fiske, ASU is a place “where massive innovation is the norm and where an interdisciplinary culture is seen as the best means of developing world-changing ideas.” The research enterprise is growing in size and impact and the university is retaining and graduating more of its students.

In addition to highlighting the university’s top-rated academic programs in engineering, journalism, business, education, sciences, social sciences, sustainability, nursing and health solutions, Fiske also offers an insight into the collaborative culture at ASU that is focused on student success.

According to an ASU kinesiology major quoted in the guide, “Despite the challenging nature of the classes, professors are always willing to go above and beyond to ensure that the student is successful.” Another student quoted in Fiske said, “The courses are difficult, but the group aspect of most project work makes the hard work much less overwhelming.”

Fiske cites as an example of ASU’s world-class facilities the nine-acre Barrett, the Honors College residential community that was designed by students, faculty and staff members working together with renowned architects. Other residence halls on campus are quoted as having larger than average rooms that are well furnished, and a diverse menu of food items.

School spirit receives high marks at ASU, thanks to highly ranked Division 1 athletics. The countless opportunities available to students to get involved in student organizations, research or internships, study abroad in more than 300 programs in nearly 60 countries, or interact with other students socially add to a Sun Devil’s college experience.

Representative of Arizona’s socioeconomic, racial and ethnic make up, 19 percent of ASU’s student population is Hispanic, five percent of all students are African-American, six percent are Asian-American and nearly two percent are Native American. ASU offers merit-based scholarships to qualified students and is also home to the Pat Tillman Veterans Center, which provides a number of academic and student support services to more than 2,300 veterans and their dependents who are enrolled as undergraduate and graduate students.

ASU has been consistently ranked among the top universities in the United States and the world. The Center for World University Rankings and the Academic Ranking of World Universities, both rank ASU as one of the top 100 universities in the world. The U.S. News and World Report list ASU as second on the roster of schools that are making the most promising and innovative changes in the areas of academics, faculty and student life. The Princeton Review has also named the university one of “The Best 378 Colleges” in a 2014 list. See a list of ASU rankings here.