Arizona has become the first in the country to recognize occupational licenses from other states, ending a redundant recertification process that labor analysts have critiqued as a drag on lower-income workers and local economies.

Arizona Gov. Doug Ducey, a Republican, signed House Bill 2569 into law on Wednesday. The legislation removes barriers for employment in the rapidly growing state by providing universal recognition of occupational licenses for anyone becoming an Arizona resident who held a similar license for at least a year in another state. 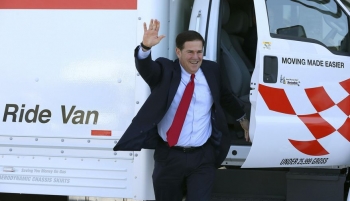 
Analysts estimate that the law will affect workers in hundreds of occupations, such as funeral directors and hairdressers.

“These burdens hit low-income workers the hardest: over 65 percent of low-income occupations in Arizona require a license, and those jobs have some of the heaviest financial and training-based requirements when compared to other states,” Stephen Slivinski, a senior research fellow at the Center for the Study of Economic Liberty at Arizona State University, wrote Tuesday in the school’s Arizona Impact blog.

Licensing regulations are traditionally heralded as safeguards for consumers, but studies have found “no significant difference in public health and safety outcomes” among states with varying rules, Mr. Slivinski said.

Article Source: The Washington Times
Read More
W. P. Carey School of Business Center for the Study of Economic Liberty The College of Liberal Arts and Sciences School of Civic and Economic Thought and Leadership