“Why does monstrosity permeate so many of our myths; the need to see our myths as Other, and thereby, perhaps, as our possessions? What sort of hunger drives us to do this, and what sort of appetite are we trying to satisfy?”

These are questions asked by Matthew Gavin Frank, Arizona State University alumnus and author of the new book, “Preparing the Ghost: An Essay Concerning the Giant Squid and Its First Photographer” (W. W. Norton, 2014). 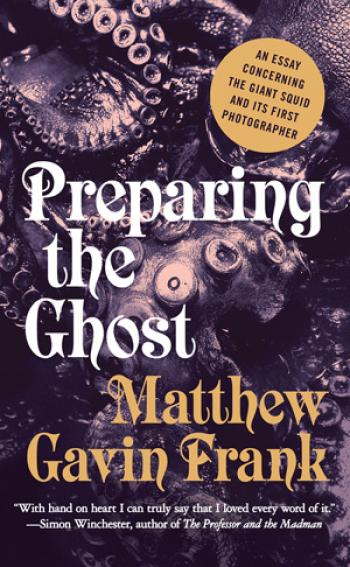 Frank, who is a food and travel writer as well as a poet, will cleverly address these and other questions at 7:30 p.m., Tuesday, Nov. 18, as he reads from “Preparing the Ghost” in the Memorial Union Pima Auditorium at ASU in Tempe.

The event is part of the MFA Reading Series sponsored by the Department of English’s creative writing program, an academic unit of the College of Liberal Arts and Sciences.

Frank’s “Preparing the Ghost” is a book-length essay that explores memory, mythology and obsession in an account of Moses Harvey, the first man to photograph the giant squid. For Frank, his own obsession came when viewing the photograph by Harvey in the Smithsonian National Museum of Natural History.

“I wanted to know what the giant squid, and our reactions to it, could tell us about ourselves. I became compelled by Harvey’s compulsions, and the sacrifices he had to make in order to chase them toward some nebulous end,” said Frank.

After seeing the photograph, Frank headed to Newfoundland for three years, reading everything he could about, and by, Harvey. “Much of the writing process involved me trying to map my own ecstasy (in the face of uncovering and organizing all of this wonderful research) and onto Harvey’s assured ecstasy in the face of the fateful specimen, and all of the beautiful and horrible ways that it changed his life,” said Frank.

The book does not answer all of Frank’s questions – especially not about the squid itself – but it delves just deeply enough to intrigue the reader and critic both. Buzz over Frank’s book has been robust – and perplexed. A New York Times review on July 11 called the book “alluring”; then the reviewer admitted, “It’s hard to imagine a better book about not entirely understanding giant squids.”

Other critiques have been similar, calling the book everything from “marvelous” (Vanity Fair) to “Poe-like” (Kirkus Reviews) to “coiled, strange and tentacular” (National Public Radio).

Travel plays a major role in Frank’s unflagging curiosity about the world, and about his own writing process. To him, “traveling seems to intensify one’s penchant for self-reflection and self-pity, for loneliness, for the shoehorning of one’s own life into some larger socio-cultural context.”

Frank’s favorite writings play with this self-reflection, as they are “struggling toward something, not presuming certainty.”

Frank’s ultimate goal in writing is to capture this ineffable “something,” and “track something toward what the authors likely misperceive as truth; scratch at one particular thing, until its gooey inner holiness, or horror, begins to leak out.”

Frank is the author of several books, including memoirs “Pot Farm” (2012) and “Barolo” (2010), as well as poetry collections, including “The Morrow Plots” (2013), “Warranty in Zulu” (2010) and “Sagittarius Agitprop” (2009), among others. He received his master's in creative writing from ASU in 2006 and currently teaches creative writing in the MFA Program at Northern Michigan University.

Arizona State University has received a $100,000 grant from the Open Society Foundation for Albania to study energy-efficient schools.

To assist Albania’s transition toward a sustainable national education strategy, Arizona State University’s Rob and Melani Walton Sustainability Solutions Initiatives were awarded a $100,000 grant from Open Society Foundation for Albania to research energy-efficient building methods that can be implemented in Albania’s public schools.

The grant was made possible thanks to a co-funding arrangement between Open Society Foundation for Albania and Good Ventures Foundation in California. 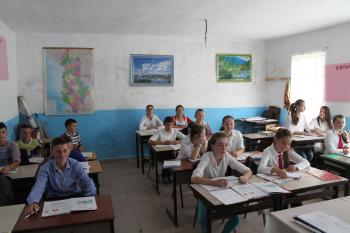 This study, conducted by the Walton Initiatives’ Global Sustainability Solutions Services in partnership with the East-West Management Institute will become the cornerstone of the Ministry of Education’s initiative to establish an Education Excellence Fund, a program to introduce and fund innovation in the Albanian educational system, transitioning the nation’s schools into centers for community development and innovation.

“Students not only learn better in energy-efficient school environments, they learn from them,” says Arbjan Mazniku, Albania’s deputy minister of education. “We want our energy-efficient schools to be an ideal place for students to learn and achieve, as well as an ideal resource for developing the social and economic vitality of our communities.”

The Walton Initiatives team will harness ASU’s extensive resources, including experts in green building and international development, to complete a cost-benefit analysis of energy-efficient schools in Albania.

The study will be shared with international donor organizations, private investors and the Albanian government to make a case for how and where to most effectively invest in retrofitting current schools in Albania as part of the nation’s efforts to improve energy efficiency, boost its economy and create a sustainable future.

“This research will help establish the financial model for how Albania can begin updating its schools,” says Andi Dobrushi of the Open Society Foundation for Albania. “We are pleased to provide this funding to Arizona State University’s Walton Initiatives because the development of Albania’s schools and education system is a vital component to the nation’s democratization.”

Improving energy efficiency is the next step for Albania to match the growing trend among countries worldwide, especially member countries of the European Union, to reduce their use of resources of all kinds and create innovative pathways to a sustainable, prosperous future.