Anybody out there? ASU launches 'Dear Aliens' writing contest

What would you say to an extraterrestrial intelligent life form if you were contacted from outer space? Would you tell it about mountains, deserts, rain forests and oceans? Would you attempt to explain humankind’s efforts to create a greener planet? Or would you focus on who we are as the human race and what we have done?


This is the question Lucy Hawking is asking students throughout Maricopa County – from kindergarten through high school – to answer in a “Dear Aliens” essay competition that is hosted by the Arizona State University Origins">http://origins.asu.edu/">Origins Project. Winning entries will be broadcast into space by scientists at a special event on the ASU Tempe campus April 9 as part of a science">http://origins.asu.edu/events/festival/">science and culture festival. 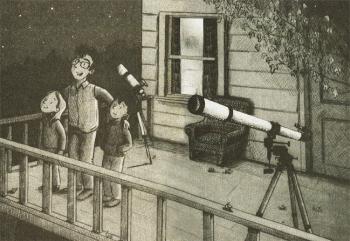 
Hawking, co-author of a popular young-adult book series with her father, Stephen Hawking, is the inaugural Origins writer-in-residence at ASU. She hopes students will think about alien life forms, outer space, the recent discoveries of planets, and humanity’s advancements in space. But, she advises, there are other questions students should ask themselves as they consider their messages.


“Our essay writers should also consider life on Earth,” she says. “Who are we? What have we done? What would be interesting about Earth to an extraterrestrial? How can you possibly explain human society to a life form from another star system?


“This is an opportunity to be both creative and scientific in the approach,” she says.


Hawking credits Paul Davies, a professor in the Department of Physics at ASU’s College of Liberal Arts and Sciences and a renowned physicist and astrobiologist, with the inspiration for “Dear Aliens.” Davies chairs the International Academy of Astronautics SETI (Search for Extraterrestrial Intelligence) Post-Detection Task Group and is charged with responding to extraterrestrial contact, should a life form from outer space make contact with Earth.


“I heard Paul one night on the BBC being interviewed, and he confirmed that he would be the person to reply to alien contact,” says Hawking. “I thought how extraordinary this is. I wondered what Paul might say, and then thought about ways we might be able to get students involved in such a challenge. This is how I came up with the concept of the ‘Dear Aliens’ competition. It seemed such a great way to get young people involved in thinking about these issues and writing creatively and scientifically.


“Today’s students are fascinated with black holes, space travel and the possibility of alien life forms,” Hawking says. “They are reading adventure stories about the wonders of the cosmos, and I believe there is tremendous value in asking students to express their ideas, while at the same time providing a unique learning experience.”


Lawrence Krauss, Foundation Professor in the School of Earth and Space Exploration and the Department of Physics, and the founding director of the ASU Origins Project says: “One of the goals of Origins is to inspire students, faculty and the general public to explore fundamental questions associated with our existence in a new and exciting context. In particular, we hope to inspire school children to get excited about science by thinking about questions rather than answers.


“Lucy’s project is an inspired move in this direction, and we hope will get kids thinking about questions far beyond the specific one we are asking them to answer.  We’re extremely excited to be working with her on this, and I think it’s a great ways to connect with and excite students,” Krauss says.


Hawking, a British author and journalist, has written two novels, in addition to a children’s trilogy with her father, about a character called George and his cosmic adventures. The books aim to explain physics and astronomy to a young readership through telling the story of George’s sometimes terrifying journeys into space. The first two books, “George’s Cosmic Treasure Hunt” and “George’s Secret Key to the Universe,” have been translated into 38 languages. “Secret Key” made number six in the New York Times Children's Bestseller list. The third will be published in 2012 in the U.S.


The author says the word limits placed on “Dear Aliens” entries are by design.


“We want the students to think simply and directly,” she says. “This is an enjoyable exercise that will include creative thinking, possibly some research on the part of our entrants, and the ability to organize thoughts. If you had to speak for humanity, what would you say?


“This isn’t an empty exercise; the essays we receive will be read by the scientists who will actually communicate with extraterrestrial life forms, when, and if, they make contact,” she says.


How would Hawking respond to contact from outer space?


“I think you have to view it from the perspective of what kinds of questions might they have for us,” she says. “We are one race with many divisions; how would you explain that? We have 6,700 different languages; we have different belief systems and different political systems. But, actually, biologically, we are the same species. An ETI (extraterrestrial intelligent) life form might struggle to understand why there are so many divisions. It might look at our planet as beautiful and well-endowed with natural resources and wonder why we are treating it in such a short-term fashion.


There is no time like the present to consider a response, Hawking notes.


“We don’t know when the signal from ET might arrive,” she says. “It could be tomorrow or it could be decades or centuries in the future. But at ASU we believe we should start thinking about who we are, and do so before we are asked to explain ourselves to a group of interstellar radio hams.”


“Young people are the very people who may, in the future, find themselves communicating with beings from another planet,” notes Hawking. “I’m so excited to read how the students believe we should respond to contact from outer space. I can’t wait to read the entries and find out what school students think aliens need to know about humanity and planet Earth.”


Student submissions will be reviewed by a panel of alien experts made up of writers, scientists and scholars. The deadline for entries is April 1. Only written entries by mail will be accepted. They should be sent to: Dear Aliens, ASU Origins Project, Arizona State University, P.O. Box 871902, Tempe, Ariz., 85287-1902.

Tropical deforestation is intimately linked with urban dynamics and needs to be considered along with the role and effect of national and regional policies on land use decisions, according to ASU geographer B.L. Turner II.

Tropical deforestation is intimately linked with urban dynamics and needs to be considered along with the role and effect of national and regional policies on land use decisions, and the dynamics of economic globalization in the next generation of sustainability science research, according to an Arizona State University geographer.

“You just can’t think of isolated farmers operating out there by themselves. They are linked to whatever are the closest urban areas,” noted B.L. Turner II, whose research concentrates on human-environment relationships focusing on land-use change. He addressed change in tropical forests and the challenges that address its complexity at the annual meeting of the American Association for the Advancement of Science. He was one of the presenters in a Feb. 19 session on the research frontiers in sustainability science.

“Today, there is a lot of work on ecosystem services related to forest change, yet there really is a paucity of work that says how those ecosystem services come back and affect human outcomes,” said Turner, the Gilbert F. White Professor of Environment and Society in the School of Geographical Sciences and Urban Planning at ASU’s College of Liberal Arts and Sciences. He also is a professor in the School of Sustainability.

“We have a lot of work informing us about the environmental impacts of deforestation, but it doesn’t tell us how people react to it and deal with it. We only now are beginning to ask how those environmental services link to farm income. How do those factors link to whether people abandon land and go off someplace else or sell their land rights to a cattle farmer. And, how does all this link to changes in rural-urban ties, policy, and global economy changes,” he said.

“It’s linking the feedback of environmental changes themselves on decisions to cut forest, or not; to expand agricultural land, or not. It isn’t just the amount of forests that’s cut or the amount of agricultural land lost. It is the spatial and temporal patterns of them,” Turner stressed. “It matters whether people are cutting big chunks of land in a uniform pattern or cutting little chunks of land in an ad hoc random pattern.”

Turner argued that “all of this matters to biodiversity and rainfall in the tropics. We have the capacity to account for these consequences if we aim our research that way,” he said.

What needs to be done now in sustainability science research, according to Turner, is to create models that are fluid and open to the complex changes we observe, full of feedbacks between people and environment.

“Tropical deforestation still remains very high on the sustainability global change/climate change agenda for a variety of reasons that range from it being the lungs of the planet to housing the most terrestrial biodiversity,” Turner said. “The new challenge that we face in sustainability science is understanding more fully the ties between the socioeconomic factors affecting forest change and the environmental feedbacks from decisions we make. We can incorporate these types of dynamics directly into how we understand and forecast what’s going to fall, where it’s going to fall, and what the implications are.”