The National Academy of Sciences member and 2003 recipient of the American Anthropological Association’s Franz Boas Award came to ASU Jan. 1 as professor emeritus at the University of Florida. 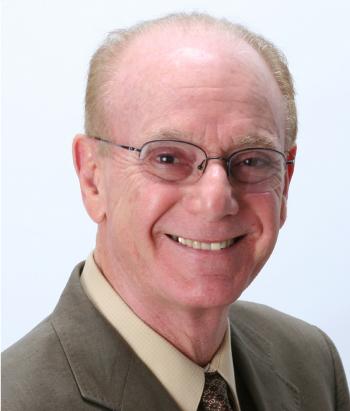 Known for work that weds the sciences and humanities, Bernard has made a name for himself primarily in the areas of social network analysis; technology and social change; and the preservation of indigenous languages of the Americas.

“H. Russell Bernard is a pioneer in the development and teaching of social science methods used to make important discoveries regarding the behaviors and attitudes of people across time and around the world,” says Patrick Kenny, vice provost and dean of the College of Liberal Arts and Sciences. “He will bring to ASU a level of experience, organization and drive that we heretofore have not focused on the broadening and training of social science methods and analyses.”

Bernard, who will also serve as research professor in the School of Human Evolution and Social Change, will implement two key initiatives.

First, under his direction the institute will provide financial support to faculty across the social sciences for the development of major research proposals to external agencies. Bernard stresses the importance of seed money that allows faculty to run pilot studies or assemble databases in order to craft winning research proposals. Therefore, a competition will be held twice a year, in the fall and spring semesters, to review seed grants for funding.

Second, the institute will focus on teaching research methods across the social sciences. In line with this goal, two new faculty members in the social sciences will be added over the coming years. Also, grants will be offered to faculty who want to develop their methods courses for delivery online.

“The goal here is to scale up the availability of methods courses so that students – undergraduate and graduate alike – who want the strongest possible training in research methods will be able to get that training,” Bernard says.

In addition, the institute will play host to a speaker series aimed at bringing together social science students with colleagues from across the campus and generating collaborative work.

Explains Bernard, “Many of the big problems today – from tracking the outbreak of diseases to managing scarce water resources to understanding the impact of new technologies – require collaboration across the medical sciences, the physical and biological sciences, the social sciences and engineering. ASU’s emphasis on collaborative work across disciplines is exactly what’s needed to understand these complex problems and to develop solutions.”

With extensive field experience and a plethora of published works under his belt, Bernard is a frequently cited researcher with a reputation for inspiring colleagues, as well as students. Currently the editor of Field Methods, he was previously the editor of American Anthropologist and Human Organization.

Alexandra Brewis Slade, associate vice president for social sciences, is excited by the experience and potential Bernard brings to the university. “He literally wrote the books,” she says. “Having his leadership at [the institute] opens a wide array of possibilities to take an already incredible portfolio of social science research at ASU to even greater levels of impact and excellence.”

Ten of the nation's top broadcast journalism students from underrepresented groups are participating in the Meredith-Cronkite Fellowship Program at CBS 5, KPHO-TV and ASU's Cronkite School this week.

Ten of the nation’s top broadcast journalism students from underrepresented groups are participating in the Meredith-Cronkite Fellowship Program at CBS 5, KPHO-TV and Arizona State University’s Walter Cronkite School of Journalism and Mass Communication this week.

Established in 2007, the program is designed to prepare the next generation of broadcast journalists through a rigorous, weeklong media training camp at the CBS 5 studio and the Cronkite School. The Jan. 4-9 camp is made possible by the Meredith Corporation, the parent company of CBS 5. 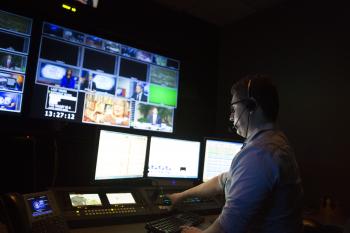 Fellows spend the week with CBS 5 reporters, producers, editors and videographers, as well as instructors at the Cronkite School, receiving hands-on instruction on interviewing, storytelling, videography, voicing and other technical aspects of broadcast news. The program culminates with an anchored newscast produced by the fellows in the CBS 5 studio.

“The experience the Meredith-Cronkite Fellows gain in this weeklong, intensive program is unrivaled,” Wood said. “It sets each of the individuals apart from their peers, and in turn, helps ensure that the future of our industry remains inclusive of diverse voices.”

“The Meredith-Cronkite Fellowship Program has helped launch the careers of many outstanding broadcast journalists across the country,” Lodato said. “We are thrilled to be partnering with CBS 5 and the Meredith Corporation to help prepare the next generation of leaders in television news.”

Meredith Corporation has been committed to service journalism for more than 110 years. Today, Meredith uses multiple distribution platforms – including broadcast television, print, digital, mobile, tablets and video – to provide consumers with content they desire, and to deliver the messages of its advertising and marketing partners.