More than two and a half billion years ago, Earth differed greatly from our modern environment, specifically in respect to the composition of gases in the atmosphere and the nature of the life forms inhabiting its surface. While today’s atmosphere consists of about 21 percent oxygen, the ancient atmosphere contained almost no oxygen. Life was limited to unicellular organisms. The complex eukaryotic life we are familiar with – animals, including humans – was not possible in an environment devoid of oxygen.

The life-supporting atmosphere Earth's inhabitants currently enjoy did not develop overnight. On the most basic level, biological activity in the ocean has shaped the oxygen concentrations in the atmosphere over the last few billion years. In a paper published today by Nature Geoscience online, Arizona State University researchers Brian Kendall and Ariel Anbar, together with colleagues at other institutions, show that "oxygen oases" in the surface ocean were sites of significant oxygen production long before the breathing gas began to accumulate in the atmosphere.

By the close of this period, Earth witnessed the emergence of microbes known as cyanobacteria. These organisms captured sunlight to produce energy. In the process, they altered Earth’s atmosphere through the production of oxygen – a waste product to them, but essential to later life. This oxygen entered into the seawater, and from there some of it escaped into the atmosphere.

“Our research shows that oxygen accumulation on Earth first began to occur in surface ocean regions near the continents where the nutrient supply would have been the highest,” explains Kendall, a postdoctoral research associate at the School of Earth and Space Exploration in ASU’s College of Liberal Arts and Sciences. “The evidence suggests that oxygen production in the oceans was vigorous in some locations at least 100 million years before it accumulated in the atmosphere. Photosynthetic production of oxygen by cyanobacteria is the simplest explanation.”

The idea of “oxygen oases,” or regions of initial oxygen accumulation in the surface ocean, was hypothesized decades ago. However, it is only in the past few years that compelling geochemical evidence has been presented for the presence of dissolved oxygen in the surface ocean 2.5 billion years ago, prior to the first major accumulation of oxygen in the atmosphere (known as the Great Oxidation Event).

Kendall’s work is the latest in a series of recent studies by a collaborative team of researchers from ASU; University of California, Riverside; and University of Maryland that point to the early rise of oxygen in the oceans. Together with colleagues from University of Washington and University of Alberta, this team first presented evidence for the presence of dissolved oxygen in these oceans in a series of four Science papers over the past few years. These papers focused on a geologic formation called the Mt. McRae Shale from Western Australia. One of these papers, led by the ASU team, presented geochemical profiles that showed an abundance of two redox-sensitive elements – rhenium (Re) and molybdenum (Mo) – implying that small amounts of oxygen mobilized these metals from the crust on land or in the ocean, and transport them through an oxic surface ocean to deeper anoxic waters where the metals were hidden into organic-rich sediments. Kendall participated in this research while a postdoctoral student at the University of Alberta.

Kendall’s goal in the new project was to look for evidence of dissolved oxygen in another location. He wanted to see if the geochemical evidence from the Mt. McRae Shale in Western Australia would be found in similarly-aged rocks from South Africa. Those rocks were obtained in a project supported by the Agouron Institute. Kendall’s research was supported by grants from NASA and the National Science Foundation.

What Kendall discovered was a unique relationship of high rhenium and low molybdenum enrichments in the samples from South Africa, pointing to the presence of dissolved oxygen on the seafloor itself.

“In South Africa, samples from the continental slope beneath the shallower platform were thought to be deposited at water depths too deep for photosynthesis," Kendall said. "So it was a big surprise that we found evidence of dissolved oxygen on the seafloor at these depths. This discovery suggests that oxygen was produced at the surface in large enough quantities that some oxygen survived as it was mixed to greater depths. That implies a significantly larger amount of oxygen production and accumulation in ‘oxygen oases’ than was previously realized.”

A key contribution to this study came from Christopher Reinhard and Timothy Lyons, collaborators at the University of California, Riverside, and Simon Poulton at Newcastle University, who found that the chemistry of iron (Fe) in the same shales is also consistent with the presence of dissolved oxygen.

Evidence that the atmosphere contained at most minute amounts of oxygen came from measurements of the relative abundances of sulfur (S) isotopes. These measurements were performed by Alan Kaufman, a collaborator at the University of Maryland.

“Research like Brian’s on the co-evolution of Earth’s atmosphere, oceans and biosphere is not only important for unraveling key events in Earth history, it also has broad relevance to our search for life on other planets,” said Ariel Anbar, professor and director of the Astrobiology Program at ASU and Kendall’s postdoctoral mentor. “One of the ways we will look for life on planets orbiting other stars is to look for oxygen in their atmospheres. So we want to know how the rise of oxygen relates to the emergence of photosynthesis.”

On a more practical level, Anbar observes that the research also connects to emerging concerns about our own planet.

“Recent research in the modern oceans reveals that the amount of oxygen is decreasing in some places,” he said. “Some suspect this decrease is tied to global warming. One of the ways we might figure that out is to reconstruct ocean oxygen content on the slopes of the seafloor in recent history. So the same techniques that Brian is advancing and applying to billion-year-old rocks might be used to understand how humans are changing the environment today.” 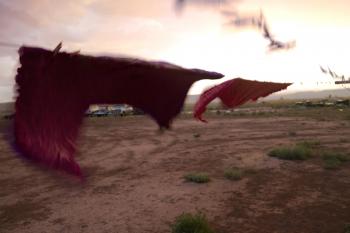 Presented in the school’s Step Gallery, this group exhibition is the culmination of a three-month excursion, led by Tiffiney Yazzie, into the heart of the Navajo Nation in Chinle, Ariz. Yazzie’s family invited several ASU photography undergraduate students during May – July 2010, to immerse themselves into the traditions and historical customs of the Navajo. The artists were profoundly affected from being exposed to an unfamiliar land and lifestyle. The result of their cumulative experience is a body of photographs that reveals self-discovery and their bourgeoning relationship to a regional community.

Where
ASU School of Art Step Gallery, Tempe Center, Suite 174
The center is located on the northeast corner of 10th Street and University Drive. For
more information, visit http://herbergerinstitute.asu.edu/events/, or call 480.965.7044.

Cost
The exhibition and opening reception are free and open to the public.