“Most American Indians now live in cities rather than tribal communities," Kullis said. "Our study is one of the few to address the role of spirituality and religion among urban Native youth, recognizing the unique histories of cultural integration that characterize today’s urban American Indian communities and the complex belief systems and practices that sustain them in the urban landscape."

Among the general American Indian youth population, higher rates of substance abuse are reported than their non-native counterparts. They also are more likely to consume heavier amounts, initiate substance use earlier and have more severe consequences from use, according to past research.

American Indians typically do not separate spirituality from other areas of their lives, making it a complex, cultural and intertwined aspect of their daily existence.

Researchers found that adherence to American Indian beliefs was the strongest predictor of anti-drug attitudes, norms and expectations. Concerning substance use, aspects of spirituality and religion associated with lower levels of substance use were in affiliation with the Native American Church and following Christian beliefs.

Researchers presented their findings Aug. 20 at the 107th Annual Meeting of the American Sociological Association.

Data for the study were collected from American Indian students enrolled in five urban middle schools within a large southwestern city. The average age of the 123 respondents was 12.6 years old.

Most of the study respondents expressed strong anti-drug and alcohol beliefs with the majority stating that they “definitely would not” use alcohol, cigarettes or marijuana if given an opportunity (55 percent) and that it was “definitely not okay” for students their age to use those substances.

Respondents also felt that their parents (78 percent) and grandparents (69 percent) would be “very angry” if they used drugs or alcohol, and 51 percent stated they were “very sure” that they would reject any substance offers.

Also notable was that about half (53 percent) had resisted offers of drugs in the past 30 days.

Spirituality was reflected as an important aspect in student’s lives. More than 80 percent of respondents said that spirituality held some importance to them and was part of their lives. Seventy-nine percent of the students felt it was “somewhat” or “very important” to follow traditional American Indian beliefs and about half felt it was important to follow Christian beliefs.

However, a general sense of spirituality that did not refer specifically to American Indian traditions, beliefs or culture was not found to be a deterrent against substance use.

“Rituals and ceremonies have helped American Indian communities adapt to change, integrate elements of different tribes, infuse aspects of Western organized religions, and make them their own,” according to the paper.

In addition, the paper states that possessing a feeling of belonging to traditions from both American Indian and Christian cultures may foster integration of the two worlds in which urban American Indian youth live.

From the foreclosure crisis to roller-coaster home prices and a trove of new investors, we’re watching the world of real estate dramatically change. This evolution has some real estate professionals looking to blur the lines between what they do now – and what they can do.

For example, general contractors may see opportunities to complete their own real estate projects, and some realtors are looking into buying homes for renovation and investment. A new online program from the W. P. Carey School of Business at Arizona State University will help address this. 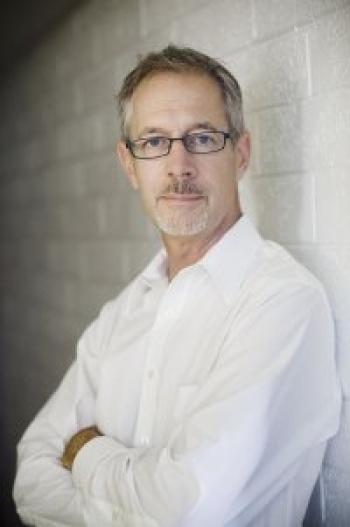 “We’ve been talking with real-estate industry groups, and they see a need for a flexible, convenient program to provide an overview of the development process for current real estate professionals who want to expand their horizons,” says Mark Stapp, the Fred E. Taylor Professor in Real Estate at the W. P. Carey School of Business. “We designed the new online Real Estate Development Certificate program for this purpose. It teaches real estate fundamentals, law, investments and land development, all in an easy-to-use format from a top business school.”

The new online program is essentially a real-estate development education sampler, which lasts nine months. The first classes will begin on Oct. 1. Industry groups, including the Urban Land Institute (ULI), the Valley Forward Association, and the National Association of Industrial and Office Properties (NAIOP), have already taken an interest, and members will be eligible for a discounted tuition rate.

“In addition to the basics, we’re going to focus on responsible community development and themes like sustainability and creating real value for customers,” explains Stapp, an instructor in the new program and a developer himself. “There’s a new era of real estate construction emphasizing fewer cookie-cutter homes and more focus on buyers’ needs. We want to help real estate professionals deliver an even higher level of service to their clients, make better business decisions, and better position their products and their companies for revenue growth.”

Until now, Stapp only taught in the school’s Master of Real Estate Development (MRED) program, an in-person, one-year program for mid-level real estate professionals. He’s executive director of that program, which is in its sixth year and enrolls students from eight countries, who learn about design, law, construction and business. Many of the same seasoned faculty members will teach in the new online program.

Applications are already being taken for the new certificate program, and more information can be found at www.wpcarey.asu.edu/REDcert. Additional information about the in-person MRED program is available at www.wpcarey.asu.edu/mred. The school will also soon launching a new online publication about its real estate research and programs called knowRE, which will be available to the public at www.knowwpcarey.com/realestate.

The W. P. Carey School of Business’ other graduate programs include full-time and evening MBA programs ranked Top 30 in the nation by U.S. News & World Report, as well as an online MBA program on the publication’s “Honor Roll” of 14 online graduate business programs. The school’s Arizona-based executive MBA program is ranked No. 13 in the world by The Wall Street Journal.