Jason Turner, a United States Air Force veteran, has been selected as a Tillman Military Scholar for the 2013-2014 academic year. A native of North Hampton, N.H., Turner is working to complete a master’s degree through the School of Social Work at Arizona State University.

In 2008, the Pat Tillman Foundation established the Tillman Military Scholars program to support educational opportunities for service members and military families by bridging the financial gaps left by the Post-9/11 G.I. Bill. As a result, Tillman Military Scholars receive financial support to not only cover traditional study-related expenses such as tuition and books, but also other needs, including (but not limited to) housing, transportation and childcare. 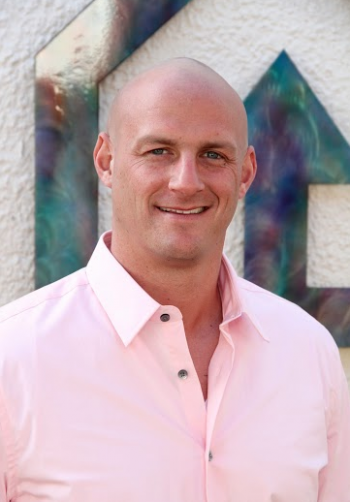 Turner initially decided to join the military to acquire the discipline and direction that he lacked as a teenager. He had high hopes that the Air Force would also equip him with desirable career opportunities.

His career began in security forces where he worked in the missile field as an alarm response team member. After a brief stint as an armorer, Turner switched his career sights toward joining the K-9 unit. He later became a full-time dog trainer and helped run the kennels. He conducted training for both explosive and narcotic detector dogs, and was even deployed in support of Secret Service missions with his explosive detector dog.

“I learned about sacrifice and service to others. One of the most valuable lessons was the importance of integrity and honor. I also learned the value of perseverance, determination and the efficacy of commitment,” he said.

Turner made the decision to leave the service so he could pursue his education. He heard about the Tillman Scholars program while interning at the Veterans Court in Tucson. He received a call from the Tillman Foundation with the news of his acceptance while in a meeting.

“I have to admit that I kind of freaked out. I was extremely excited. I really wanted to be a part of this amazing community. I felt a sense of pride in being announced as a member of the Tillman Scholar class,” he said.

Next semester Turner will put his social work studies to work as an intern for the Veterans Affairs Healthcare System. He is hoping to learn more about posttraumatic stress and other issues impacting the veteran populations.

ASU biochemist Chad Borges has been investigating the formation of aberrant glycan molecules, which have been clinically implicated in a range of deadly cancers.

Many of the critical processes underlying cancer formation and eventual metastasis to other organs remain mysterious. In the quest for earlier diagnoses and more effective treatment, intensive research efforts have been applied to the search for biomarkers – presymptomatic signs of disease detectable in blood, saliva or other biofluids.

Chad Borges, an analytical biochemist working at Arizona State University’s Biodesign Institute, has been studying a particularly promising class of potential biomarkers known as glycans. His new study, appearing in the journal Analytical Chemistry, investigates the formation of aberrant glycan molecules, which have been clinically implicated in a range of deadly cancers including ovarian, prostate, pancreatic, liver, multiple myeloma, breast, lung, gastric, thyroid and colorectal. 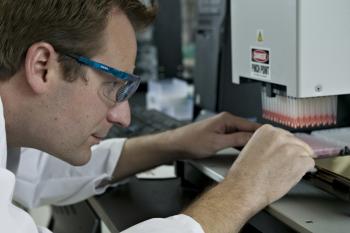 Indeed, as the authors note, nearly every known type of tumor cell displays abnormal glycans, making them a particularly attractive candidate for biomarker discovery and validation. Until now, however, detecting the source of aberrant glycans has been frustratingly difficult.

Borges is a member of Biodesign’s Molecular Biomarkers Unit, where proteins and protein modifications are examined for their potential as markers of human disease. “Our primary work has to do with extracting proteins from blood samples or other biofluids, purifying them and examining them in an intact state through mass spectrometry,” Borges says. “We look for variants in these proteins, which in many cases include glycosylation – the focus of this paper – except in this case we looked at global changes across all blood serum proteins.”

Glycans are biological sugar polymers made up of several different types of sugar units – glucose, mannose, galactose and others. Glycans typically adorn the surfaces of cells and can act to modify proteins. However, unlike other biological polymers, such as DNA and proteins, glycans are made “on-the-go,” without a preset template. This makes their formation and behavior trickier to predict.

As Borges explains, “Glycans are assembled by enzymes through a first come, first build process. In cancer, the protein enzymes that form glycans – known as glycotranserases – get overexpressed. When that happens, you get these weird glycan structures that aren’t normal.” The study found, for the first time, at least two glycotransferases displaying aberrant activity in lung cancer samples with other abnormal glycotransferase activity strongly implied as well.

The assembly of glycans is schematically similar to a tinker toy set, in which glycotransferase enzymes act to connect various wheel-like sugar units via spoke-like branching elements. Overexpression of glycotransferases produces aberrant glycans, which tend to display bushier, more profuse branching patterns when compared with their normal counterparts.

In the current proof-of-concept study, archived plasma samples from 30 lung cancer patients were examined along with 29 non-cancerous control samples matched by age, gender and smoking status. The study attempted to track the immediate upstream cause of aberrant glycans, namely the glycotransferase enzymes that build them – a process that takes place in the endoplasmic reticulum and Golgi apparatus of the cell.

“Most glycomics efforts look at intact glycans, but often this is not a good molecular surrogate for the activity of glycotranferases because glycotranferases work on hundreds of growing glycan polymers,” Borges notes. “Our new bottom-up approach looks at glycans in a different way.” To evaluate glycotranferase activity, the study pooled together the glycan polymer branching points or nodes for all of the aberrant glycan structures observed. Specific sugar subunits and linkage types characterize these glycan nodes.

A technique known as gas chromatography/mass spectrometry was used to detect glycan node levels, which were then combined to infer glycotransferase activity. The study demonstrated that a number of glycan nodes exhibited a 1:1 molecular correspondence with particular glycotranferases. The technique was used to accurately pinpoint lung cancer in blood samples with 76-88 percent reliability.

While a number of hurdles must be addressed in future research, the new technique holds the promise of a simple test capable of analyzing multiple glycotransferases simultaneously and linking abnormal activity with the aberrant glycans formed by these enzymes. The test can be carried out without the need for enzyme or antibody reagents and provides a potential means of finally harnessing aberrant glycans as useful disease biomarkers.

The method’s effectiveness is expected to further improve once information from large data sets of known patient outcome are applied and analyzed. This will hopefully permit the development of disease-specific biomarkers for a range of ailments including cancers and other inflammation-related diseases.

Applying the glycan-node strategy directly to cancerous fluids or tissues, rather than plasma/serum (where normal glycans tend to dilute the desired signal), may further enhance the test’s sensitivity. “The interesting thing is that we see widely different glycan profiles for different biofluids and different tissues, suggesting that they will be able to provide information above and beyond what blood serum alone can provide,” Borges says.

The method, once refined, may offer clinicians an extra piece of evidence on which to base decisions concerning invasive procedures (like lung biopsy or pancreatectomy) for confirming cancer diagnosis and charting appropriate treatment.