Act One Culture Pass available at all ASU Libraries

Phoenix-based Act One, which has provided educational field trips to the visual and performing arts for Arizona's underserved schools since 2011, has adopted the ever-popular Culture Pass Program. The Act One Culture Pass is available at 43 local libraries, and allows library-goers a free admission for two at participating arts and cultural institutions.

All that is needed is a library card.

Passes are available on a first-come, first-served basis. They are not renewable and “holds” cannot be placed on them, nor will library staff be able to pull them for you. The display for the Culture Pass Program is at the front of each library.

Library-goers find the destination in which they are interested, and take the card to the checkout desk. Staff give them a date-due slip admitting two people for a visit to the museum in the next seven days. Passes may be limited to general admission only. Special exhibitions may not be covered, and other restrictions may apply. One pass per family, two passes per month.

Linda “Mac” Perlich, a member of the Act One board of directors, says the founding mission of Act One is "to bring the arts to the school-age students in the Valley. To date, Act One has provided educational field trip experiences for more than 40,000 Valley and Tucson students, with a comprehensive educational plan that compliments the experience on stage.

"We know that arts education is vital, and this expansion into the visual arts, and expanding to include the family makes perfect sense. The Act One Culture Pass will bring families to the wonder-filled museums and attractions in the Valley," Perlich says.

“We are so excited that the programming is returning; patrons state how they've enjoyed checking out new places that they would not otherwise have thought of visiting,” says Teresa Becker from Mesa Public Library. “Because the Culture Pass Program requires users to own a library card, we've seen an increase in new card applications since the program's inception.”

Act One has also expanded the Culture Pass to include live performing arts.

An ASU engineering research group is developing technology to provide the energy efficiency needed to expand the capacities of supercomputers.

We have progressed far beyond the age of the computer into the age of the supercomputer center, says Arizona State University electrical engineer Nathan Newman.

Governments, economies, health care services, power and transportation systems, and national security operations now depend increasingly on reliable access to the computing technology that enables information gathering, storing and analysis on massive scales that can be provided only by large interconnected clusters of high-powered computers. 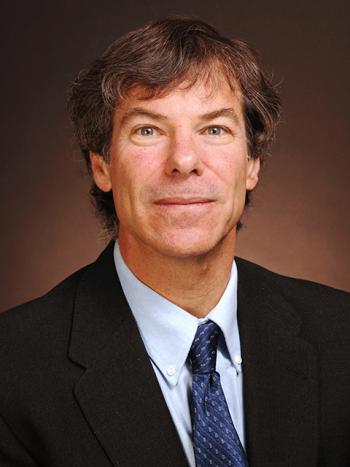 With that growing dependence comes growing demand for ever-faster and expanding computing capacity, says Newman, a professor in the School for the Engineering of Matter, Transport and Energy, one of ASU’s Ira A. Fulton Schools of Engineering.

The big challenge in meeting the demand is the great amount of electrical power it would take to increase supercomputing capabilities using current semiconductor technologies and operating systems.

“It has gotten to the point that supercomputer centers cannot do much more than they are capable of doing right now without a paradigm change in how they operate,” Newman explains.

That situation will also make it difficult for popular providers of search engines, web portals and other Internet services, such as Google and Yahoo, to significantly improve and expand upon what they can offer customers, he adds.

Much of his research lab’s effort is now focused on breaking through current technological limits by developing computer logic and memory devices that can enable massive improvements in the speed and capacity of supercomputing facilities.

A team that includes Newman’s research group at ASU, the Northrop Grumman corporation and Michigan State University researchers has recently been selected by the Intelligence Advanced Research Projects Activity (IARPA) – an agency under the office of the Director of National Intelligence – to collaborate on a multimillion-dollar project to make that advance.

The larger supercomputing facilities, such as those run by Yahoo, Google and the National Security Agency, now use an amount of energy equivalent to about 10 percent of the energy that a nuclear power plant can generate – or enough energy to meet the power demands of about 100,000 homes. Increasing the amount of computing by a factor of 10 is prohibitive, due to the tremendous cost of this much additional energy alone, Newman says.

Newman’s research team is optimizing the use of new superconducting materials to develop a new kind of digital circuit. The circuit could potentially enable supercomputer systems to require much less energy to operate effectively. The new digital circuits can be developed using current fabrications facilities, Newman says.

His group’s work with digital-circuit technology has recently led to the development of a computer memory device that operates more rapidly and more energy-efficiently. It could enable supercomputing systems to operate as much as 50 times faster and perform 50 more times the number of operations while using 50 times less energy, Newman says.

The advances spring in large part from work began decades ago by physicist John Rowell and his colleagues at Bell Laboratories, which achieved several breakthroughs that paved the way for today’s advanced electronics and computing technology.

Rowell was a pioneer in revealing the basic physics involved in the workings of superconducting devices and discovering what materials enabled the devices to perform most effectively, Newman says.

Newman, the Lawrence Professor of Solid State Science at ASU completed a two-year term in January as chair of the U.S. Committee on Superconductor Electronics. He has authored or co-authored more than 200 technical papers published in science and engineering research journals, and been awarded 12 U.S. patents.

Newman is a Fellow of the American Physical Society and the Institute of Electrical and Electronics Engineers (IEEE), and editor for materials science and engineering subject matter for the journal IEEE Transactions of Applied Superconductivity. He is a winner of the IEEE Van Duzer Prize, awarded annually for the best research paper published in that journal.