From subatomic particles to the formation of galaxies, computational modeling has given previously incalculable insight into how the world works. In a recent article published in the Proceedings of the National Academy of Sciences, Arizona State University Professor and Associate Director of the School of Complex Adaptive Systems Michael Barton and his co-authors explore the importance of this methodology and propose new ways to make modeling software and code more accessible.

“Modeling and simulation are becoming a cornerstone of modern science in many fields. Yet the code that creates these digital laboratories is still largely inaccessible to the public or even other scientists,” Barton said. 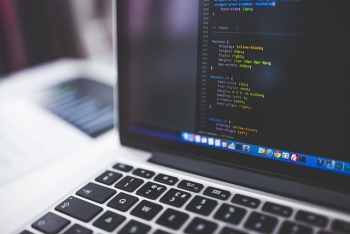 In a recent article published in the Proceedings of the National Academy of Sciences, ASU Professor Michael Barton and his co-authors explore the importance of computational modeling and propose new ways to make modeling software and code more accessible. Photo courtesy Pixabay Download Full Image

The article explains that no current standards exist regarding the sharing of modeling source codes alongside research results. Recent guidelines encourage researchers to share experimental data, but the equally important need to share the code for models they used to obtain that data is still not generally recognized.

The researchers who contributed to this paper, including Barton, Allen Lee, Marco Janssen and Laura Swantek from the ASU School of Complex Adaptive Systems, explain that because these processes are not accessible, digital experiments can be difficult to replicate. Subsequent researchers may attempt to reverse engineer code to craft a comparable model, or adapt existing models to suit their experiment, but these approaches can be inefficient or inaccurate.

In this paper, the authors advocate for accessible computational modeling software to address these concerns of efficiency and replicability using the acronym FAIR — research materials should be findable, accessible, interoperable and reusable. Barton described this endeavor as “democratizing advanced technology.”

“Models and other research software must be made available not just to scientists within the global north, but to everyone in the world,” Barton said.

This level of transparency is the driving force behind their proposed solution to accessibility: an international open-science community called the Open Modeling Foundation, for which Barton serves as executive director.

Much of the cutting-edge research being conducted globally utilizes computational modeling, and experiments that simulate potential future scenarios can influence policy guidance and risk management strategies. Creating access to these tools will enable scientists to better address pressing issues such as climate change or public health.

Barton said, “Computational modeling is helping scientists and policymakers to develop better strategies for addressing the challenges to human well-being and planetary health that confront all of humanity in a globally connected world. Common standards can advance the international collaboration in modeling science that is needed to achieve these goals.”

Track and Field Puts 14 on Podium at NAU

Track and Field Puts 14 on Podium at NAU