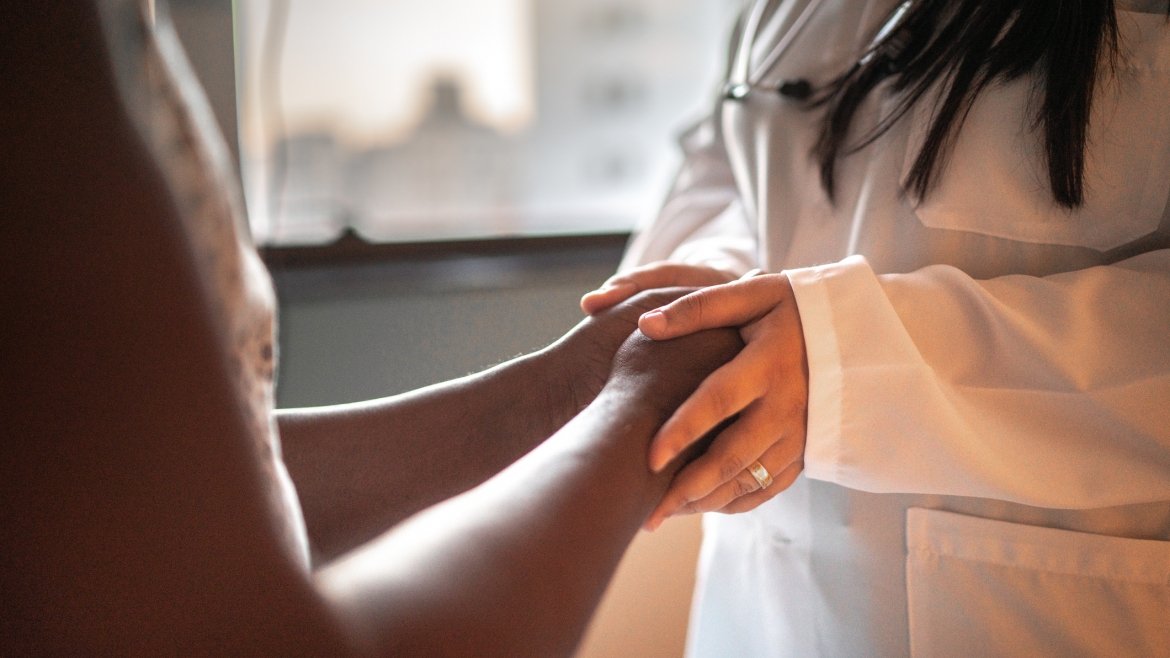 As state legislatures return to session across the country, debates about reproductive rights are picking up in the wake of the Supreme Court overturning the Roe v. Wade ruling.

Misinformation — particularly that targeting Latinas and other women of color — continues to be an issue. Rocio Garcia, an assistant professor of sociology at Arizona State University, is among a growing number of scholars and advocates who say it’s long past time to have a candid conversation about what reproductive justice means for Latinas and how generalizations about culture and religion can sometimes lead to medically dangerous situations.

“We’re Not All Anti-Choices: How Controlling Images Shape Latina/x Feminist Abortion Advocacy'' is the title of Garcia’s study, published in Sociological Perspectives, part of Sage Publications.

Garcia, part of the T. Denny Sanford School of Social and Family Dynamics, spoke with ASU News about her study and its relevance in the current cultural climate. 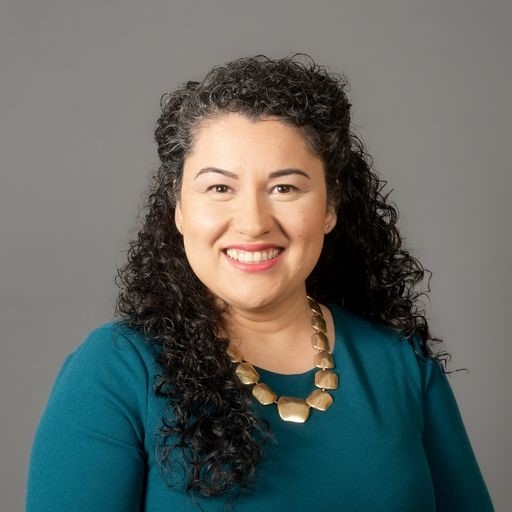 Question: The rhetorical zeitgeist around abortion rights has shifted dramatically since the Supreme Court’s decision to overturn Roe v. Wade, ending almost 50 years of federal abortion rights in the U.S. What questions did you initially set out to answer through your research before the repeal of Roe?

Answer: A lot of U.S. research takes for granted the centrality of gender identities in abortion debates without properly focusing on how gender identities are shaped by immigrant status, racial or ethnic identities, sexualities, class positions, to name a few.

Because we know little about the contributions of pro-abortion Latina/x feminists, I was motivated to learn more about how they develop strategies to mobilize LatinxA gender-neutral version of Latino.s and the struggles they experience in attempting these mobilization efforts.

Q: How does centering the pro-choice/pro-life discussion around the Latina/x community advance the conversation about reproductive health for women in the U.S.?

A: Centering the realities for Latinxs helps us see some of the limitations of the pro-choice/anti-choice binary discussion. The organization that I studied, California Latinas for Reproductive Justice, conducted their own research based on opinion polls of Latino voters across the U.S., and they found that most respondents said they supported the right to abortion access and medically accurate information for all even if they would not make the choice to have an abortion. Rather than cite religion or stereotypical ideas of “Latinx culture” as monolithic and inherently conservative, their findings show that the reliance of U.S. public opinion polls on the binary language of the “choice” framework fuels misconceptions of Latinx reproductive politics.

The language of “choice” is unique to a U.S. political context that does not necessarily resonate with immigrants, for example, coming from sociopolitical contexts with distinct anti-abortion rhetoric. These findings suggest the need to … take into account how the intersections of people’s identities affect their experiences and ideas regarding abortion and other matters of reproduction.

Centering the discussion on Latinxs also helps us focus on the societal conditions that make it harder for Latinxs to access medically safe abortion care relative to whites. For example, I found that (California Latinas for Reproductive Justice) does a lot of community education to teach Latinxs about the predatory practices of crisis pregnancy centers (or CPCs). CPCs purposely present a veneer of a health clinic to lure Latinxs seeking health services. Promoting free services such as pregnancy tests and ultrasounds serve as predatory tactics that exploit Latinas’ increased likelihood to experience poverty. The pressure to give birth from volunteers at CPCs on Latinxs seeking abortions further reinforces the criminalization of abortion. Important to this also is the fact that CPCs are more likely to appear in neighborhoods where poor and working-class Black people and Latinxs are more likely to live.

Q: In what ways were the findings of your study revealing?

A: I found that for Latinx/a feminists engaged in intersectional reproductive justice advocacy, they must simultaneously challenge abortion stigma and the controlling image of “la santa” — the saint — used to presume that Latinas make poor advocates for reproductive autonomy.

In other words, Latina/x feminist have to both challenge abortion stigma while challenging the stereotypical assumption that Latinas make bad feminists. People often erroneously assume that all Latinas are Catholic, self-sacrificing and extremely family-oriented, and therefore, they must be anti-abortion. The reality is that there is just as much diversity in the experiences and opinions regarding topics like abortion among Latinas as there are with any other group.

Q: Explain the idea of “controlling images” and the degree of influence it can have in education about reproductive health?

A: Controlling images theory was developed by sociologist Patricia Hill Collins in her seminal 1990 book, "Black Feminist Thought." Controlling images are insidious stereotypes that misrepresent marginalized people as caricatures, dehumanizing them and justifying various forms of social control and punishment. Hill Collins theorized how stereotypical images of Black women as nursemaids in service of white children, matriarchs, “welfare queens” and jezebels are often internalized across groups as commonsense knowledge.

Controlling images are continuously imposed on marginalized people. This is important relative to reproductive health because if medical doctors, researchers, advocates and legislators truly believe that stereotypes reflect reality, rather than view marginalized people as complex human beings, then this produces dangerous outcomes for successfully recognizing the kind of medical care and resources that people need in order to have bodily self-determination.

Q: What would you highlight as the major takeaways from the findings of your research?

A: I hope that this research offers an important reminder that it is not only inaccurate but also medically dangerous and politically ineffective to assume that all Latinas are anti-abortion. … It’s important that we recognize the humanity of marginalized people and center the inequalities unique to different groups of people.

As technology has rapidly advanced over the past half century, there have been many areas of scholarship that have started developing, such as engineering, computer sciences and data analytics. There has also been a lot of development in studies that involve culture, society and religion.Scholars who research these intersections of technology and religion, culture and nature will be coming togethe...

As technology has rapidly advanced over the past half century, there have been many areas of scholarship that have started developing, such as engineering, computer sciences and data analytics. There has also been a lot of development in studies that involve culture, society and religion.

Scholars who research these intersections of technology and religion, culture and nature will be coming together for the “After Earth? Religion and Technology on a Changing Planet” conference on Feb. 2–5 on Arizona State University's Tempe campus. The conference is hosted by the International Society for the Study of Religion, Nature, and Culture. Scholars who research intersections of technology and religion, culture and nature will be coming together for the “After Earth? Religion and Technology on a Changing Planet” conference on Feb. 2–5 on ASU's Tempe campus. Photo courtesy ASU Download Full Image

“ISSRNC was established in 2005 as a place for scholars conducting research about topics such as the role of culture and values in shaping perspectives of nature, the engagement of religious traditions with environmental ethics and the many forms of spirituality closely associated with nature or ecology,” said Evan Berry, associate professor of religious studies at ASU and conference organizer.

The society includes anthropologists, scholars of religion, philosophers, Indigenous studies scholars and geographers, as well as researchers from other disciplines.

“We’re excited about the 30 or so panels on topics ranging from apocalypticism to multispecies encounters, from fossil fuel extraction to space colonization,” Berry said.

The conference will include a number of side events, including a banquet, a field trip to Oak Flat and a virtual reality digital art installation by the Swedish arts duo Lundahl & Seitl.

Lisa Sideris, a lead organizer of the conference and professor of environmental studies at the University of California, Santa Barbara, is excited for the conference to be in person after being virtual for the past few years.

“I'm looking forward to gathering with people in person, particularly in a conference setting like ISSRNC that is not overwhelmingly large, and where you can really spend time with old friends and get to know new people,” Sideris said. “I think this is truly cutting-edge scholarship, and we've got some of the key experts on these issues speaking at the conference.”

While many people will attend in person, there is a virtual attendance option for those who would prefer it.

One of the primary concerns for this year’s conference is to keep everyone safe and healthy during the events, says Amanda Nichols, a conference organizer and postdoctoral research fellow in the environmental studies program at University of California, Santa Barbara.

“We have arranged to live stream the keynote addresses, plenary session and one-third of our in-person concurrent sessions and make them available to registered online participants,” Nichols said. “We have also organized a number of online-only sessions for participants and will have a number of others Zoom in to in-person sessions.”

The conference’s opening keynote will be given by the founding director of the Virginia Tech Center for Humanities Sylvester Johnson, who will speak about his current research on human-machine symbiosis. Then, on Saturday, Mary-Jane Rubenstein, professor of religion and science in society at Wesleyan University, will give the plenary keynote lecture based on her recent book “Astrotopia: The Dangerous Religion of the Corporate Space Race.”

Anyone is welcome to attend the conference and the two keynote sessions will be free and open to the public. ISSRNC will also have on-site, single-day registration available for ASU students for $15 and $25 for faculty. Additionally, anyone can register on the society’s website for access to the full online conference for $50.

The conference is co-sponsored by multiple units at ASU, including the School of Historical, Philosophical and Religious Studies; The College of Liberal Arts and Sciences; the Interplanetary Initiative; the Institute for Humanities Research; the Julie Ann Wrigley Global Futures Laboratory; the School of Arts, Media and Engineering; and the Center for the Study of Religion and Conflict.