Since childhood, Rashmi Solanki’s parents encouraged her to participate in social service initiatives. These values, combined with her leadership acumen, kickstarted many opportunities for Solanki, including her educational journey at Arizona State University. 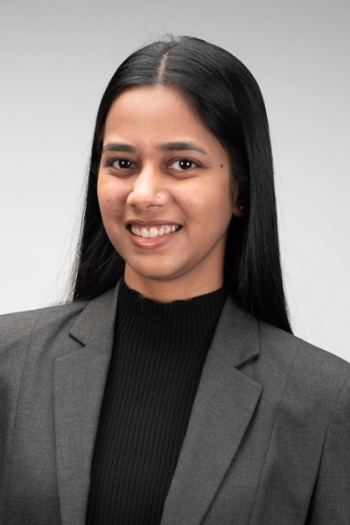 Rashmi Solanki's passion for social service and leadership served her well during her time at ASU as a member of the Technological and Entrepreneurship Management Advisory Board where she advocated for practical-based learning. That impact led her to earn a Graduate Professional Student Association leadership scholarship. Download Full Image

Solanki selected the management of technology master’s degree because she says it has “the perfect blend of soft skills like time management, articulated communication and ethical thinking, along with technical skills like the Business Model Canvas, project management, machine learning and data-driven decision-making.”

Solanki, who is Lean Six Sigma Green Belt certified, says she was able to thrive at ASU due to its diverse student body, international student-friendly campus and abundance of opportunities. She believes that the Ira A. Fulton Schools of Engineering inspired her educational path by showing her that “imagination is more powerful than knowledge.”

Solanki’s passion for social service and leadership served her well as a member of the Technological and Entrepreneurship Management Advisory Board where she advocated for practical-based learning, enabling any ASU student to learn problem-solving, team building and technical skills more efficiently.

“One of my key accomplishments in this organization was to organize and conduct an event to help engineering students become more aware of the ASU resources available to them to encourage job readiness and employability,” Solanki says.

As an entrepreneurship and innovation coordinator for Changemaker Central at ASU, she led a hunger awareness initiative. Solanki and a team of students came up with innovative solutions for United Way, a nonprofit that mobilizes communities to help those in need.

“He is a great listener and has a very creative and enthusiastic teaching style,” she says.

Equipped with a well-suited degree and a healthy appetite for learning, Solanki says she will continue to “be daring enough to try new opportunities” after graduation just as she did during her time at ASU. She looks forward to her role as a global industrial engineering program manager at NXP Semiconductors.

Arizona State University was named as a "Bee Campus USA" affiliate by the Xerces Society for Invertebrate Conservation for its commitment to attract and sustain pollinators, or bees.The Xerces Society recognizes communities and universities that implement sustainable environmental practices and promote the benefits of pollinators as “Bee Cities'' and “Bee Campuses.” ASU’s Polytechnic campu... 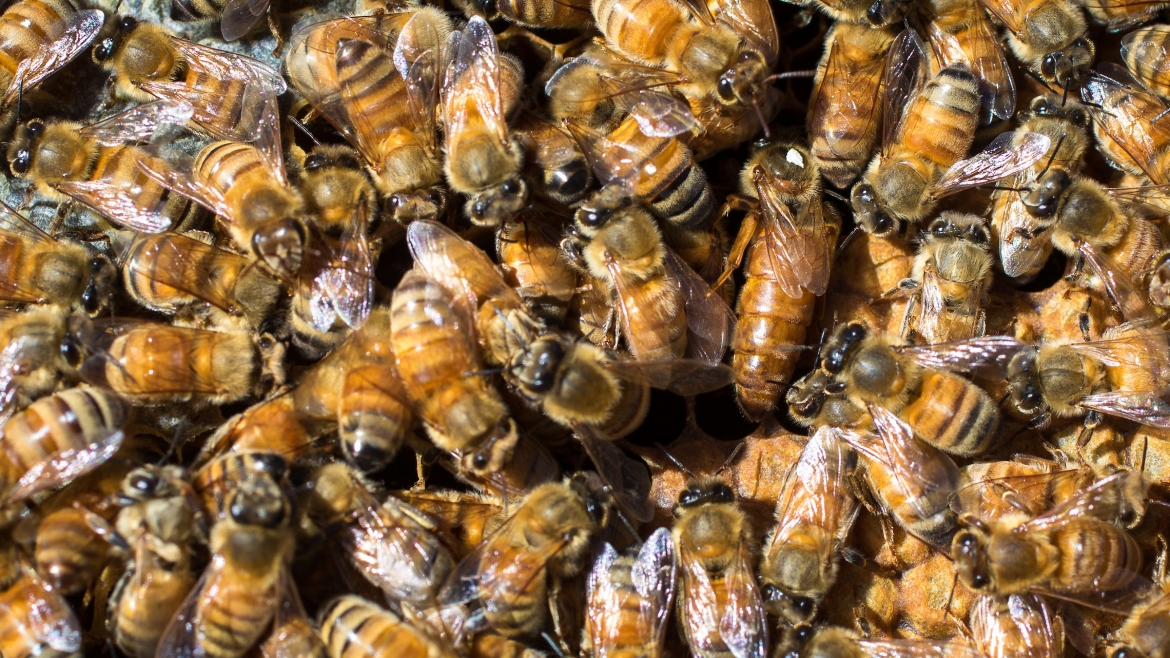 Arizona State University was named as a "Bee Campus USA" affiliate by the Xerces Society for Invertebrate Conservation for its commitment to attract and sustain pollinators, or bees.

The Xerces Society recognizes communities and universities that implement sustainable environmental practices and promote the benefits of pollinators as “Bee Cities'' and “Bee Campuses.” ASU’s Polytechnic campus is home to the Bee Annex Lab, one of the largest bee laboratories in the United States.

In the Bee Lab, researchers like Cahit Ozturk, a technologist at the lab, keep and raise colonies of up to 30,000 bees in winter and 70,000 bees in summertime. Ozturk said he’s especially proud of the Bee Campus designation as data from the United States Department of Agriculture (USDA) shows that 40% of bee populations nationwide are dwindling on an annual basis, which has major implications for agriculture and the environment.

“I would like to advocate across different campus locations for native plants that attract bees because we are losing almost half of our bees across the U.S.,” he said. “It's not easy, but as a beekeeper, we have a chance to raise and monitor them. We can pay attention. We can keep them alive, we can save them and we can provide a rich environment for them to survive.”

Ozturk was raised in a small village in Turkey where he and his dad often visited a local beekeeper for honey. Since those bees were raised in the beekeeper's home, Ozturk got an up-close glimpse of the intricate process of raising bees at a young age, and that’s where he found his passion for bees and honey.

“Since then, I really fell in love with honey,” he said. “I was planning on going to university for an agricultural degree, but when I took beekeeping class, I decided to be a beekeeper.”

Ozturk works closely with the ASU Grounds Services team and is lovingly known by some as somewhat of a bee whisperer, according to Byron Sampson, associate director and landscape architect within the Office of the University Architect.

“Our team heard stories of a staff member who could literally stick his hand into a hive, find and move the queen to another location,” Sampson said. “The whole colony would follow. It’s pretty amazing.”

Turns out, that staff member was Ozturk. Sampson isn’t a beekeeper, but as a landscape architect, he too knows the importance of pollinators on campuses and the major part they play in supporting sustainable cities.

Sampson said that because pollinators play a key role in our native Sonoran Desert ecology, he and his team are studying how to "re-wild" the Tempe campus with native plants and trees.

“Studies are being done in all of our departments to collectively design the built environment around us,” Sampson said. “Both of these affiliations support our overall sustainability goals and are a true example of ASU’s mission to serve the communities where we are."

In addition to ecology, bees are an integral part of our national economy. Alana Levine, director of ASU Grounds Services and the Zero Waste initiative at ASU, said that the U.S. is home to just over 3,600 native bee species.

“They are responsible for approximately one third of the food we consume, valued at between $18 and $27 billion annually in the U.S. Without pollinators, our crops would not produce the food we need. They are keystone species,” she said.

For those with a fear of bees, both Ozturk and Sampson remind visitors on any ASU campus where bees are present that the bees are merely seeking water and pollination sources. Levine added that the grounds team responds to any bee sightings and ensures that human-bee interactions are kept to a minimum. However, she also said that it’s important for people to know that bees don’t want to interact with us, so by merely leaving the bees alone — instead of swatting them — they will leave us alone.

“It is important to me that ASU leads the way in helping to support the role pollinators play in our lives,” Levine said. “We can do that by managing our outdoor areas using less pesticides, adding more flowering native plants and relocating swarms instead of killing them. Creating safe spaces for (bees) to coexist with us, without harming them or us, is just the right thing to do.”

What should you do if you see a swarm or a hive? Call Facilities Management, available 24/7 at 480-965-3633 or use the ASU LiveSafe app. The ASU Police Department assists ASU Grounds Services to cordon off areas until grounds can safely move the bees off campus.