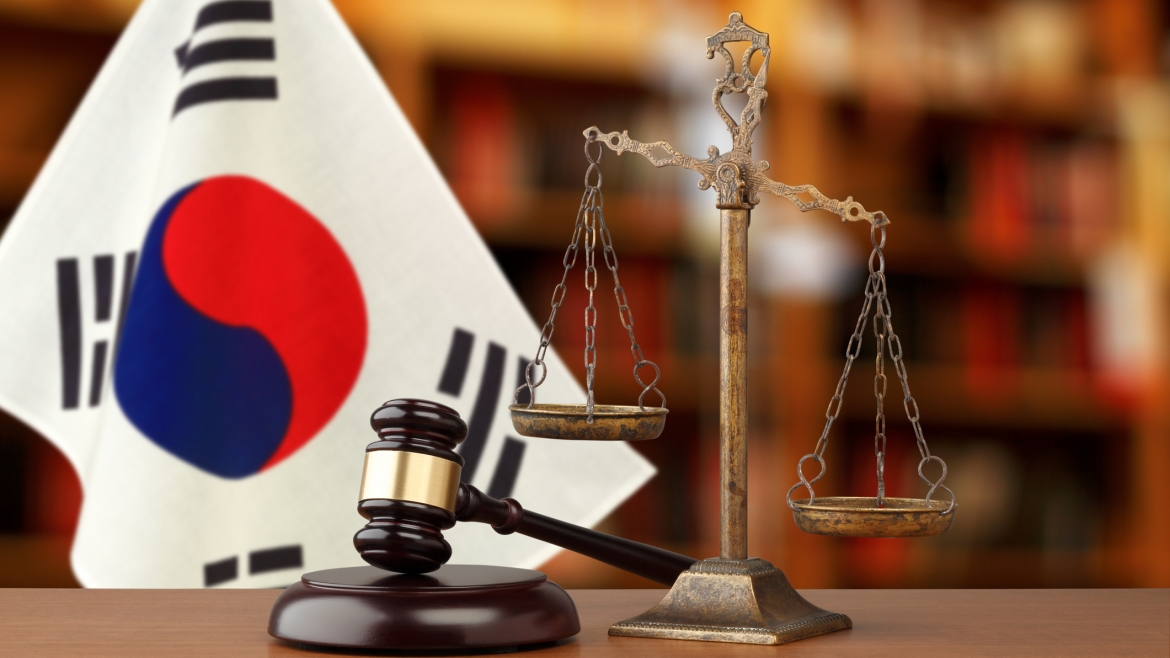 Women, members of the LGTBQ community, people with disabilities and other marginalized groups in South Korea face no discrimination in education or career opportunities, according to the country’s president, Yoon Suk-yeol.

The Arizona State University associate professor has written a book in Korean she says is roughly titled "A World Beyond: Debunking the Fairness Myth." In it, the South Korean-born scholar argues against the country’s unjust policies and expresses her concerns over what she believes are the inevitable consequences of the country’s latest political plans.

Kim’s passion for fairness and justice, which is also the focus of her research at the Hugh Downs School of Human Communication, pours out over the 264-page volume.

It was recently selected by the Korea Democracy Foundation as "one of 10 books that foster our understanding of democracy."

ASU News spoke with Kim about about her book. 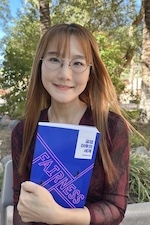 Question: What drew you into the politics of a country 6,400 miles from ASU?

Answer: Korea has been facing a threat to democracy due to the rise of reactionary politics. These concerns became even more salient when the current President Yoon ran for the presidency and emerged as a key political figure.

He explicitly stated that “there is no such thing as structural gender inequality.” He advocates for the "free market" ideal and argues that everyone should compete freely and gain fair rewards based solely on one's merit.

This is where the notion of fairness has been weaponized to remove the social safety net for women, queers, the disabled and other socially marginalized groups. The Yoon administration believes that everyone should compete and work harder to earn anything — as everyone is on a level playing field. The administration recently announced that they would abolish the Ministry of Gender Equality and Family.

Q: What do think about President Yoon’s new agenda?

A: It is ... concerning to witness how the administration has already started to revoke critical programs and legal protections, especially for women and queer individuals.

The Ministry of Gender Equality and Family was set up to supervise government agencies and ensure that they conform to non-discrimination policies and gender-responsive budgeting. The ministry also protects victims of sexual violence. Without this central institution, women, queers and youth — particularly in low socioeconomic groups — will be severely impacted by mitigated safety nets.

Q: How did you respond to these changes?

A: I began writing numerous op-ed pieces for South Korean media, problematizing the distorted notion of fairness. Then I started calling for urgent actions to protect the marginalized and stressing the values of care and justice for a world in which everyone can flourish. From there, I began to give talks and speeches on the issues of fairness for many organizations, such as the Democratic Party of Korea, UNESCO Korea (Korean National Commission for UNESCO), SK Group, the National Human Rights Commission of Korea and the Korea Democracy Foundation.

After all these experiences and conversations, I felt the need to write a book that offers a political critique and an alternative vision to fight against the regressive politics and social discourses.

Q: Can you explain the book?

A: The title of my book doesn’t translate into English very well — especially taken out of context. But roughly, I would say the title is "A World Beyond: Debunking the Fairness Myth." The book criticizes the social discourses on fairness and proposes other values that have been neglected, such as care and justice.

Q: How has it been received?

A: Luckily, my book has been received very well so far. Immediately after publication, it was covered by all the major news outlets in South Korea, and I've done a few interviews. I received a number of messages from readers, especially women, saying that they were moved and healed after reading my book, as they live in a country where politicians blatantly say things like: “There is no gender discrimination. There is no protection for you. You are on your own.”

Q: What are your hopes for the book?

A: The last chapter of my book ends with grassroots organizing, transformative justice and politics for the future. I had younger generations in mind when writing this book. ... I hope that people who want to make this world more inclusive will find some ideas and power from my book. Although things are certainly disheartening at the moment, I hope that people would not lose their political will so that the readers of this book could become comrades.

Q: Justice in all forms seems to be of great importance to you. Was there something specific that occurred in your life that fueled this passion?

A: Just the experiences of witnessing ... how women and queers suffer from various forms of violence. I have closely worked with gender violence victims who have to encounter a range of injustices. Not to mention the violence itself, but in addition to that, victims often receive unjust treatment from legal institutions. Although social awareness may be heightened after the #MeToo movement, there still is a long way to go to implement material and structural changes.

Editor’s note: This story is part of a series of profiles of notable fall 2022 graduates.Samuel Dicaro knew he found a field he loves at Arizona State University when he began taking embedded systems classes in the Ira A. Fulton Schools of Engineering.“It was the challenge of having to think in a real-time context,” Dicaro says. “It seemed so difficult at first, but I quickly realized I ...

Samuel Dicaro knew he found a field he loves at Arizona State University when he began taking embedded systems classes in the Ira A. Fulton Schools of Engineering. 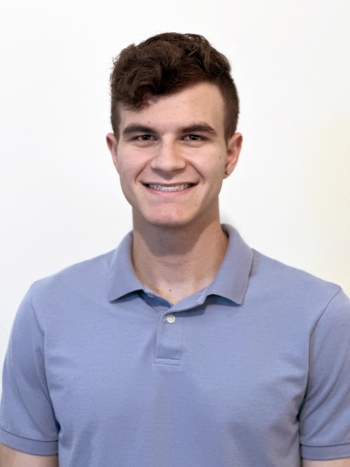 “It was the challenge of having to think in a real-time context,” Dicaro says. “It seemed so difficult at first, but I quickly realized I was on the right path when I saw the outcome it had on the real world. There's nothing quite like that first blinking LED program!”

A computer systems engineering student, Dicaro was pleasantly surprised by his major, which he selected because it combined his love of electronics and software.

“I did not know how useful it would be to have a background in both electrical engineering and computer science,” he says. “I thought the two would not relate.”

During his time at ASU, Dicaro worked as an undergraduate teaching assistant for a digital logic design class for four semesters. He has been honored with several awards and scholarships, including the New American University Scholarship at the Provost's Award level, an ASU RaiseMe scholarship and a Tempe Diablos scholarship.

“Engineering provides an elegant solution for almost all of the problems in the world,” Dicaro says. “Embedded systems have helped humans both reach the moon and turn off the light without having to get out of bed.”

Following graduation, Dicaro plans to complete the final year of his accelerated master’s degree program and then move to northern Arizona to run ultramarathons in the mountains.

“A long-term goal of mine has always been to work on something that helps people,” he says. “To me, the purpose of engineering is to provide a service to society. I hope that one day I get a chance to be a part of something that makes people's lives better.”

Dicaro credits his experience in the Fulton Schools for helping reframe his perspective on facing difficulties.

“One lesson I’ll carry with me is that just because something seems impossible, does not mean it is,” he says.