ASU faculty among top female scientists in the world

For the first time, Research.com has published a list of the top 1,000 female scientists in the world. Four of them are faculty at Arizona State University.

“We are painfully aware that academic research is still a predominantly male profession, and we believe that female scientists deserve an equal chance to be represented and praised for their achievements,” the site states. For the first time, Research.com has published a list of the top 1,000 female scientists in the world. Four of them are faculty at Arizona State University. Photo by ASU Download Full Image

“Our aim is to inspire female scholars, women considering an academic career, as well as decision-makers worldwide with the example of successful women in the scientific community. We hope that it will contribute to providing more opportunities and equal chances for women in science.”

Rankings are based on a meticulous examination of scientists on Google Scholar and Microsoft Academic Graph.

“These outstanding scientists are examples to everyone in our ASU community and beyond,” said Kenro Kusumi, dean of natural sciences in The College of Liberal Arts and Sciences.

“As more women pursue careers in the natural sciences and lead groundbreaking research and discoveries, the field is enriched by their perspectives and expertise. I’m grateful that ASU is committed to being measured by whom we include in our academic community and supporting their success in advancing research of public value.”

Nancy Eisenberg has been a trailblazer in developmental psychology for over 40 years. She created new ways to measure sympathy and distress in young children by tracking facial expressions and physiological measures such as heart rate and skin conductance.

She is Regents Professor emeritus in the Department of Psychology at ASU and led ASU’s Eisenberg laboratory, which conducted longitudinal studies on social, emotional, psychological and moral development in children and adolescents.

Barbara Ainsworth has expertise in physical activity assessment. Her groundbreaking research measuring the amount of energy burned doing all forms of physical activity changed the way we view health and wellness today.

She is the lead author of the Adult Compendium of Physical Activities, which lists the metabolic energy costs, or METs, of physical activities ranging from bicycling to jumping rope to playing chess and more. For her lifetime contributions, the American College of Sports Medicine awarded Ainsworth its highest accolade, the ACMS Honor Award, in 2018.

Ainsworth is Regents Professor emeritus in the College of Health Solutions at ASU. She is also a fellow of the National Academy of Kinesiology.

Alexandra Navrotsky has made major contributions in the fields of ceramics, mantle mineralogy and deep earth geophysics, melt and glass science, nanomaterials and porous materials.

She is a Regents Professor in the School of Molecular Sciences and the School for Engineering of Matter, Transport and Energy and an affiliated faculty member of the School of Earth and Space Exploration at ASU. She also leads the Navrotsky Eyring Center for Materials of the Universe, which explores alien and extreme conditions and environments with the expectation of discovering new, useful materials and understanding the formation and evolution of planets.

Navrotsky was elected to the National Academy of Sciences in 1993. In 2019, a new mineral was named “navrotskyite” in her honor.

Carolyn Compton is an academic pathologist specializing in gastrointestinal disease and is board certified in both anatomic and clinical pathology. She designed and launched national programs for biobanking and biospecimen science that became foundational for the Cancer Human Biobank, and she was involved with the first team to use an engineered human organ (skin) in a life-saving setting to successfully treat patients with massive burn wounds.

Under her leadership, the ASU Biodesign Institute converted its research infrastructure to focus on testing, tracking and mitigating the coronavirus. The institute’s achievements in response to the COVID-19 pandemic include developing the first saliva-based coronavirus test in the western U.S.; receiving accreditation from the College of American Pathologists (CAP), the nation’s largest organization of board-certified pathologists; and administering over 1 million COVID tests.

Compton was named one of the world’s top 100 pathologists in 2016. She is a professor in the School of Life Sciences and medical director of the Biodesign Clinical Testing Laboratory at ASU. 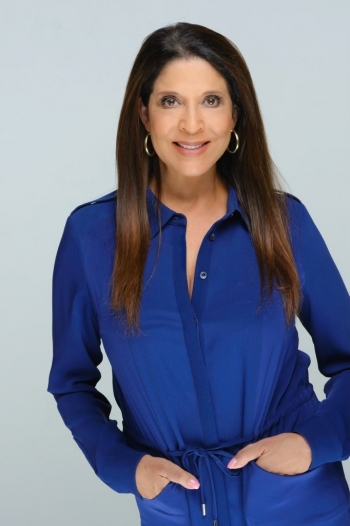