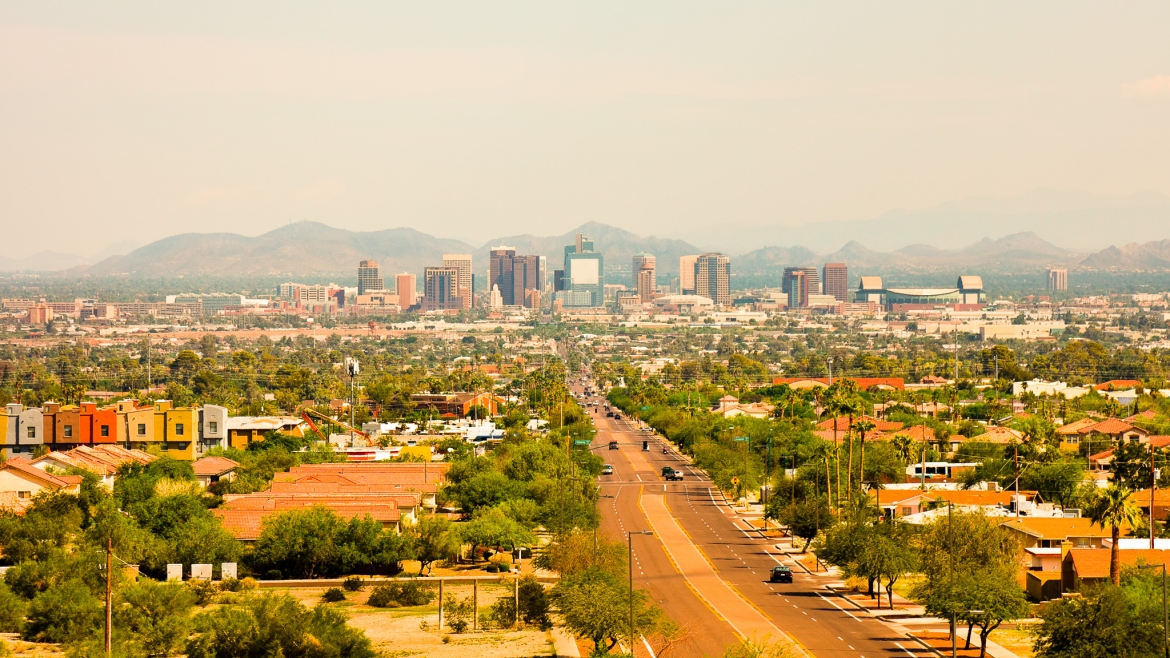 Across Arizona, communities are increasingly forced to deal with the consequences of extreme heat exacerbated by climate change and urban growth.

Cities in the region routinely experience more than 30 days above 110 degrees Fahrenheit each summer, and growing populations continue to be strained by the complex interactions of extreme heat, atmospheric pollutants and limited water supplies.

There are major gaps in our scientific understanding of urban environments, and additional localized data of how climate change affects diverse urban areas can help cities better address vulnerabilities against looming heat threats.

A new center based in Arizona State University’s School of Geographical Sciences and Urban Planning has received $25 million in funding from the U.S. Department of Energy over five years to develop new understandings of the interacting stresses of extreme heat, atmospheric pollutants and limited water supply on vulnerable communities across Arizona.

The Southwest Urban Corridor Integrated Field Laboratory (SW-IFL) seeks to engage Arizona communities reaching from the border with Mexico to the Navajo Nation, and provide scientists and decision-makers with high quality, relevant knowledge, capable of spurring and guiding responses to extreme environmental concerns. 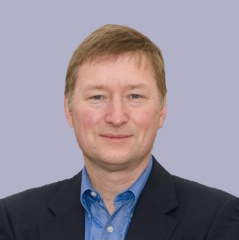 “We seek to understand not only the factors that influence these complex relationships but the disproportionate impacts on vulnerable urban subpopulations,” said David Sailor, principal investigator on the project and director of ASU’s School of Geographical Sciences and Urban Planning. “Our goal is to use innovations in high-resolution modeling and observations to inform the development and deployment of policies and solutions that are effective, equitable and generalizable.”

The SW-IFL is a partnership between all three major public universities in Arizona, two national laboratories and industry, each bringing unique skills, capabilities and local stakeholder relationships in underserved communities to the project.

The integrated field laboratory will include more than a dozen researchers across the three academic institutions and will combine high-resolution atmospheric, land surface and infrastructure data, with advanced computer modeling and community engagement to create new knowledge and develop regionally specific predictive tools that will be translatable to other arid regions.

Critical to the laboratory’s efforts is making sure historically underserved and disadvantaged communities that live in urban environments are represented. Field research will be conducted across the state using an array of atmospheric measurement instruments and a robust stakeholder network for the project, which already includes six city governments, multiple county-level agencies, community groups and local nonprofits throughout the state. 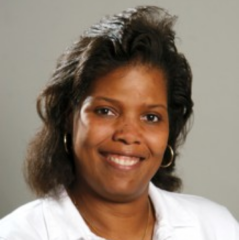 “Our research team, as well as the initial stakeholders that we aim to engage, are exceptionally diverse in fields, areas of focus and interests,” said Jean Andino, deputy director of SW-IFL and associate professor in ASU’s School for Engineering of Matter, Transport and Energy. “This level of diversity gives a voice to individuals and organizations so that even more robust, relevant and impactful scientific research and resilient solutions may be enabled.”

The funding for the center comes to ASU as part of the U.S. Department of Energy’s Office of Science’s Urban Integrated Field Laboratories (Urban IFL) initiative. It is focused on improving the public’s understanding of urban systems and expanding knowledge of how those systems and the climate interact with each other.

“DOE has a long history of leading in climate science and climate modeling. The Urban IFLs will contribute to ensuring that future efforts to improve our understanding of the changing global climate adequately capture the complex interdependence of natural and human system processes that influence climate dynamics,” said Asmeret Asefaw Berhe, director of the DOE Office of Science. “In addition, the Urban IFLs are an important element of the Office of Science’s commitment to the Justice40 Initiative, which prioritizes investment in diverse and minoritized communities affected by a changing climate.”

Ultimately, the new tools created by SW-IFL aim to empower the public to respond to extreme heat, while informing the development and deployment of policies and solutions that are effective, equitable and generalizable.

“ASU has long been recognized as a global leader in urban climate science,” said Sailor, who is also the former director of ASU’s Urban Climate Research Center. “This award further cements ASU’s leadership role in the field of urban climate and positions us well for continued success as we seek to find equitable solutions to the region’s growing challenges with extreme heat.

“We fully expect that the resilient solutions that we develop as part of the SW-IFL will be widely applicable to other urban settings across the U.S. sunbelt and, indeed, to hot arid climates around the globe.”

Arizona State University, in conjunction with the State of Black Arizona, will be hosting the third installment of the Black Changemaker Series on Nov. 9 at Junior Achievement in Tempe.A collaboration between ASU and local organizations and sponsors including the State of Black Arizona, Arizona Public Service, Black Philanthropy Initiative's Social Justice Impact Fund and the Greater Phoenix Econ...

Arizona State University, in conjunction with the State of Black Arizona, will be hosting the third installment of the Black Changemaker Series on Nov. 9 at Junior Achievement in Tempe.

A collaboration between ASU and local organizations and sponsors including the State of Black Arizona, Arizona Public Service, Black Philanthropy Initiative's Social Justice Impact Fund and the Greater Phoenix Economic Council, the Black Changemaker Series has helped bring nationally recognized speakers and programming to Arizona to help increase the number of people from underrepresented and underserved communities who are prepared to enter and succeed in an evolving workforce. 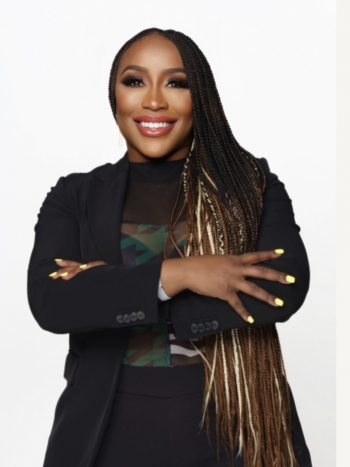 The overall effort has resulted in a multifaceted approach to topics and issues that can have a significant effect on not only individuals’ livelihoods but on Arizona’s economy overall, said Teniqua Broughton, executive director of the State of Black Arizona.

“Investing in Black Arizonans is critical to the future of Arizona’s economy. The Grand Canyon state cannot reach its full growth and development potential without understanding and acting upon the merits of inclusive prosperity,” Broughton said.

The keynote speaker for the event is Velma Trayham, CEO of ThinkZILLA Consulting Group and founder of Millionaire Mastermind Academy, who said she is excited to take part because she sees the impact the Changemaker Series has made in its short time.

“The Black Changemaker Series is already making waves and sparking change for young entrepreneurs across Arizona, and I am honored to share my insights on the ability to build wealth through entrepreneurship,” said Trayham. “When we share our wisdom and pool our strengths, we build stronger individuals, businesses and communities.”

Trayham is an award-winning entrepreneur, sought-after speaker and economic empowerment specialist who believes that inclusive, equitable businesses and communities are what create opportunity and drive prosperity. Through ThinkZILLA Consulting Group, Trayham builds, manages and helps bring greater awareness to programs and initiatives that are vital to supporting all kinds of communities around the U.S.

In the past three years, Trayham has mentored more than 8,000 minority women business owners. She has also developed programs for notable fortune 500 organizations and enterprises such as University of Phoenix, T. D. Jakes Enterprises and Fiji Water, among others, and was recently featured in Forbes November 2020 issue as a top business consultant.

Along with a keynote address from Trayham, the event will feature a panel discussion including Joseph Early of Main Strategies, Jay Hutchins of Allied Help and Adylia Gutierrez of Yhor Life.

With all the recognized speakers on board, ASU and the State of Black Arizona have also partnered with the not-for-profit Junior Achievement of Arizona (JA) to put on the event this fall.

For more than 60 years, JA has been preparing millions of Arizona students to succeed in work and life. JA has served over 2 million students since its founding, and is set to serve more than 85,000 this year. Their programs help students connect what they learn in the classroom to the real world.

ASU Assistant Vice President for Government and Community Engagement Kenja Hassan said it’s thrilling to be partnering with JA because the event will provide more to families than just information on building generational wealth.

“Junior Achievement is a treasure trove of experiential learning for young people to plan for their future careers,” said Hassan. “As the site of the next Black Changemaker Series, families will not only receive information about building generational wealth, but also find an inspirational organization that helps schools and other entities put children on a path to boost their lifetime earning potential."

Junior Achievement of Arizona President Katherine Cecala sees this partnership as a continued effort to inspire the entire community.

"We're looking forward to hosting influential decision-makers at ASU's Black Changemakers event," Cecala said. "It's a wonderful opportunity for our community to come together and embrace diversity. Each month, JA works with thousands of diverse K–12 students, and we want to inspire them to be our next leaders, entrepreneurs and business owners. JA is proud to play a role in elevating their voices throughout our community and advocating for students to pursue their dreams and financial freedom."

The event will take place at Junior Achievement of Arizona, located at 636 W. Southern Ave. in Tempe, in the JA BizTown Learning Lab, from 6 p.m. to 8 p.m. on Nov. 9. (registration and networking will begin at 5:30 p.m.).

For sponsor or media inquiries, email Teniqua Broughton at teniqua@stateofblackarizona.org or Roger Fisher at roger.f.fisher@asu.edu.