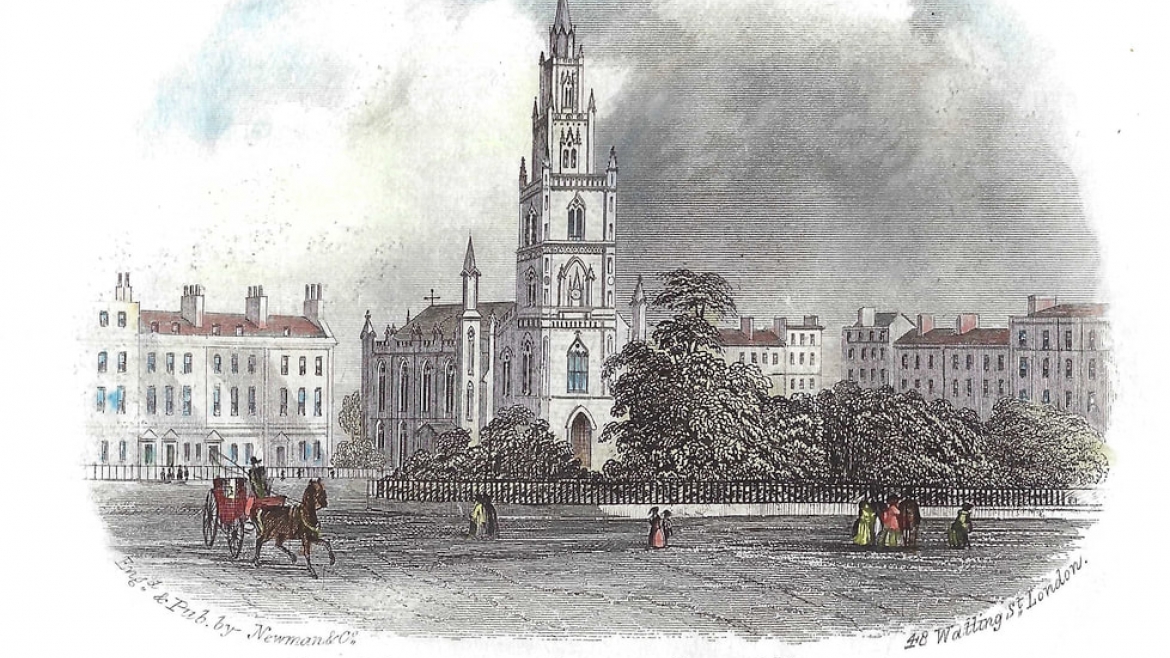 Devoney Looser, a professor of English at Arizona State University, literary critic and Jane Austen aficionado, is taking other Austenites and bibliophiles into the world of another Jane — and her sister — in a revealing new biography, 20 years in the making.

“Sister Novelists” is a tale of two sisters — Jane and Maria Porter — once wildly popular writers of England’s Regency era — until they weren’t, and all but faded from literary history.

Looser’s biography explores the lives, the loves and the letters of the Porter sisters in a narrative Looser says is as Gothic and gossip-worthy as the sisters themselves.

Ahead of the Oct. 25 release of the biography, Looser sat down with ASU News to share her journey in rediscovering the sister novelists.

Question: Congratulations on the completion of your book on the Porter sisters, “Sister Novelists.” Your work on this book was made possible in part by the awarding of several prestigious fellowships and grants, but your interest in the Porter sisters was sparked well before your research support. What was it about these nearly-forgotten literary sisters that motivated you to give their story — and stories — a proper retelling?

Answer: By 2004, I was vaguely aware of Jane Porter as a once-famous, wrongly forgotten and pioneering voice in historical fiction. I decided I’d add a chapter about her in my next book, "Women Writers and Old Age in Great Britain, 1750–1850." That might have been as far as it went! But as I was researching for that chapter in the archives, I started dipping into more of Jane’s letters to her younger sister, Anna Maria, who went by Maria (pronounced “Mariah”), and then Maria’s letters back to Jane. I was absolutely riveted.

These sisters’ letters were so full of secret stories and gossip that I couldn’t put them down. Sometimes I’d come across pages that said, “Burn this letter!” I felt like a fly on the wall in Regency England, as Jane and Maria described their adventures and reported on conversations they’d had or overheard, using dialogue. Their letters were a training ground for their fiction writing, of course, but they were also just incredibly fascinating! I knew the Porters were the most famous literary sisters before the Brontës and had written 26 novels, separately and together. What I didn’t know was that they’d left behind more than 7,000 unpublished letters. I felt called to try to give shape to them. It sounds a little nuts, I know! But that’s the way I thought of it at the time — I felt called. 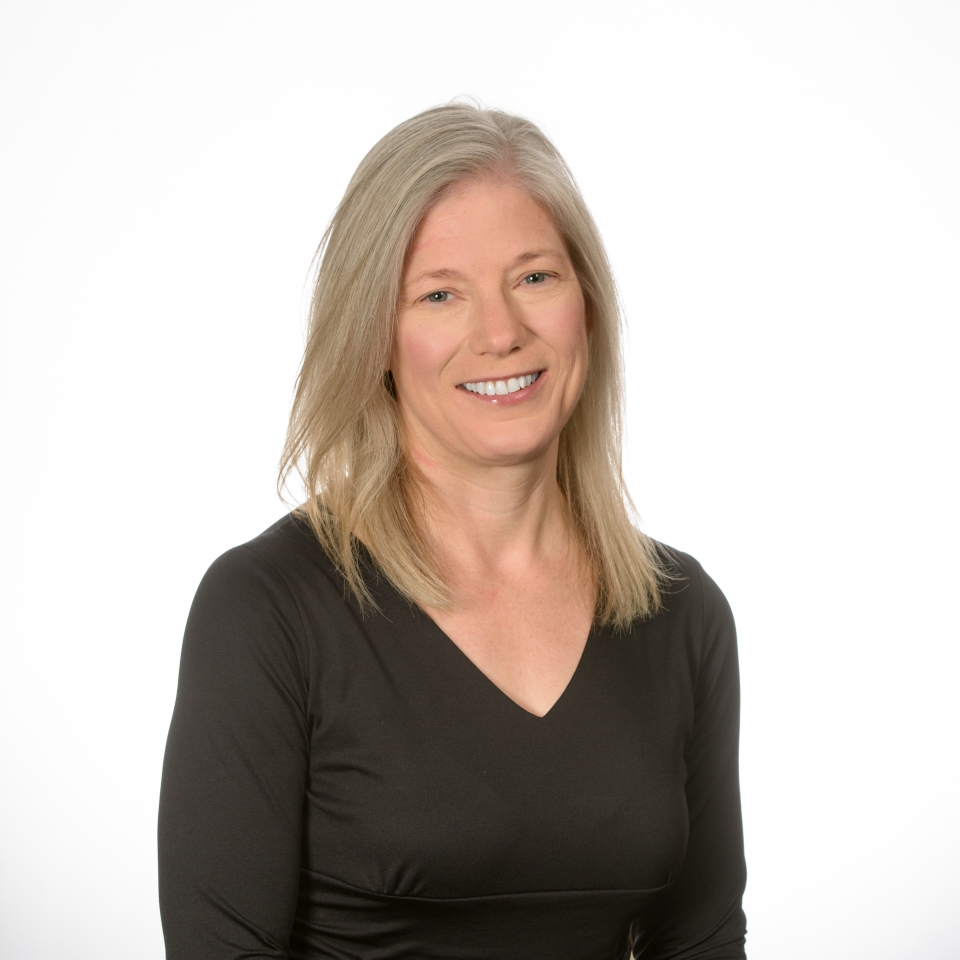 Q: Tell us a little bit about your experience and the process of piecing the Porter sisters’ story together through letters. Where had these letters been all along, and how did you get access to them?

A: The story of how the Porters’ letters survived is almost its own Gothic novel, which I tell briefly at the end of "Sister Novelists." Jane, who lived longer, couldn’t bring herself to destroy Maria’s letters. She hoped, after she died, their papers would be entrusted to a biographer friend. But after she died in 1850, no friend stepped in, and a couple of years later, the Porter correspondence auctioned off for a pittance in a jumbled mess. Eventually, a notorious Victorian manuscript hoarder bought them and squirreled them away. Then his heirs spent a century trying to unload his crazy collection. The Porter papers ended up at auction again, sold in parts from the 1950s and the 1970s. By then, few people had even heard of the Porters, and no objection was raised to exporting their papers to the United States.

Thousands of their letters and manuscripts ended up at the Huntington Library in California, the New York Public Library’s Pforzheimer Collection and the University of Kansas’ Spencer Library, each of which awarded me short-term fellowships to read their Porter papers. I tracked down hundreds more items at Yale, Princeton, Harvard, Indiana, McGill, the British Library, the University of Durham and on and on. If I would have known it would take me 20 years of searching, believe me, I never would have started this book. The two long-term fellowships I was awarded (Guggenheim and NEH) gave me the needed time to finish the work. This book couldn’t have been written without the generosity and help of these agencies and libraries, and especially of librarians, archivists and collectors, to whom I dedicate the book.

Q: Where in the Porter sisters’ storied career does your book begin? What is happening in the world around them when you pick up their story?

A: I start the Porter sisters’ story with their middle-class parents, who met in Durham in the mid-1700s. Their Irish father, an army surgeon, died unexpectedly in 1778, leaving his English widow with five children under the age of 8. The first chapters of the book describe how Mrs. Porter, an uneducated single mother, fell into poverty and moved to Edinburgh to try to make it as a landlady. She miraculously found a charity school that took in not only her youngest son but also her two clever daughters. That was the only formal education Jane and Maria would get, but they began to read and write voraciously together and became each other’s best friend, teacher, critic, editor and supporter.

Anyone who knows American or European history will recognize that this was a tumultuous era. The Porter sisters came of age during the American Revolution, the French Revolution, the Industrial Revolution and what some have called “the Longest Revolution,” the struggle for women’s rights, as well as the first stirrings of the movement to abolish slavery and the slave trade.

The Porter sisters were wrapped up in these conflicts and changes. They weren’t sheltered from the unfair, dangerous and ugly parts of life. Although they didn’t always make the choices we might now wish they’d have made, they tried in their writing to espouse liberty and give voice to inequities of gender, race and history, at a time when a single woman’s choosing to sell her words, instead of quietly being married off, was in itself a daring thing.

Q: What did you learn about the Porter sisters during your research, and what do you think readers will find fascinating about their story after reading your book?

A: I think readers will find the sisters’ stories about how their literary lives clashed with their romantic lives to be both dramatic and moving. Jane and Maria died unmarried — their love for each other would prove the most significant relationship of their lives — but they also fell hard for flawed, handsome men. And when they fell in love, they confessed everything to each other, in an era when a polite woman wasn’t supposed to show that she had any feelings for a man until he professed his for her first.

So much of what we’ve been told were the rules governing educated women’s behavior in that era — things we’ve gathered from Jane Austen’s novels or Regency romances — it’s just not how the Porter sisters actually lived, day to day. That shouldn’t be a surprise, right? Ideals for model behavior and the messy choices in real life have always come into conflict.

Q: What else would you like us to know about your research, your book and the Porter sisters?

​A: When Jane Porter died, an obituary declared her one of the greatest novelists England had produced. It credited her with having invented a new species of writing, the historical romance, or what we’d now call the modern historical novel. This is mind-blowing, right? Why have we not heard of her? One reason, which the biography goes into, is that although she was, for a time, widely credited with that invention, it was ultimately given to someone else: Sir Walter Scott, although he’d published "Waverley" (1814) a dozen years after her "Thaddeus of Warsaw" (1803).

The Porter sisters were very angry about it, calling it theft and vampirism. They thought Scott was at best ungenerous in not having acknowledged that Jane and Maria’s books inspired his own. They were especially angry because all of them had once been childhood friends. Jane vowed then to bring her case to the public. She eventually did, but you’ll have to read "Sister Novelists" to learn how that turned out.

I think it’s hard for us to grasp just how famous Jane Porter once was, given how forgotten she is now. I’d like to mention one final fascinating figure, from an article in an American newspaper in 1844. It reported that a New Hampshire publisher kept five presses going throughout the year, just for Miss Porter’s works, and had printed more than a million volumes. Jane Porter, in old age and living in England, didn’t receive any of the proceeds. In fact, she was then homeless and trying to live on less than a clerk or teacher might make, yet she was still one of the most famous, bestselling authors in the world. We can’t ever give Jane the comfortable old age she ought to have had, but we can give her and Maria their due in one way. We can learn about their remarkable lives and writings and return them, along with other wrongly neglected voices, to literary history.

The Sun Devil Men won the first nine swimming events of the afternoon in their thumping of No. 20 Wisconsin; handful of impressive individual efforts isn't enough for Sun Devil Women to upend No. 16 Badgers. ...

The Sun Devil Men won the first nine swimming events of the afternoon in their thumping of No. 20 Wisconsin; handful of impressive individual efforts isn't enough for Sun Devil Women to upend No. 16 Badgers.