According to new research, Mars may have been born a blue and water-covered world, long before the Earth had even finished forming. The discovery could open a window for scientists on an overlooked chapter in Martian history.

In a recent study published in Earth and Planetary Science Letters, a team of researchers, including several from Arizona State University, found that Mars’s earliest atmosphere was much denser than today, and primarily composed of molecular hydrogen, very different from the thin, carbon dioxide atmosphere it retains today. 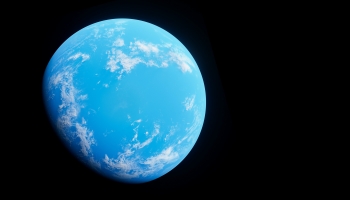 Even though it is the lightest molecule, hydrogen would have had big implications for Mars’ earliest climate. Molecular hydrogen, it turns out, is a powerful greenhouse gas.

“It’s a paradox that so many observations suggest liquid water on early Mars, even though water freezes on present-day Mars, and the ancient sun was 30% dimmer than today,” said Steve Desch, professor of astrophysics in ASU's School of Earth and Space Exploration and one of the team scientists. “Traditionally considered greenhouse gases like CO2 would freeze on an early Mars. Hydrogen in the atmosphere is an unexpected way to stabilize liquid water.”

According to the team’s calculations, molecular hydrogen is a strong enough greenhouse gas to have allowed very early warm-to-hot water oceans to be stable on the Martian surface for many millions of years, until the hydrogen was gradually lost to space.

A different type of atmosphere

To determine the composition of the ancient atmosphere on Mars, team scientists developed the first evolutionary models that include high-temperature processes associated with Mars' formation in a molten state and the formation of the first oceans and atmosphere. These models showed that the main gases emerging from the molten rock would be a mix of molecular hydrogen and water vapor.

"This key insight — that water vapor condenses and is retained on early Mars whereas molecular hydrogen does not condense and can escape — allows the model to be linked directly to measurements made by spacecraft, specifically, the Mars Science Laboratory rover Curiosity," said Kaveh Pahlevan, a research scientist at the SETI Institute and lead author of the study.

Martian hydrogen, then and now

The new model has allowed new interpretations of deuterium-to-hydrogen (D/H) data from Mars samples analyzed in laboratories on Earth and by NASA rovers on Mars.

Meteorites from Mars are mostly igneous rocks, basically solidified magmas. They formed when the interior of Mars melted, and the magma ascended toward the surface. The water dissolved in these interior (mantle-derived) samples contain hydrogen with a D/H ratio similar to that of the Earth's oceans, indicating that the two planets started with very similar D/H ratios, and their water came from the same source in the early solar system.

In contrast, when the Mars Science Laboratory measured the isotopes of hydrogen in an ancient 3-billion-year-old clay on the Martian surface, it found a D/H ratio value about three times that of Earth's oceans. Therefore, the hydrosphere of Mars — the surface water reservoir that reacted with rocks to form these clays — must have had a high concentration of deuterium relative to hydrogen. The only plausible way to have this level of deuterium enrichment is to lose most of the hydrogen gas to space: normal hydrogen is lost, but deuterium, being slightly heavier, is not lost as quickly.

The research from this comprehensive model shows that if the Martian atmosphere were dense and hydrogen-rich at the time of its formation, then the surface waters would naturally be enriched in deuterium by a factor of two to three, relative to the interior, which is precisely what the Mars Science Laboratory observed.

“This is the first model that naturally reproduces these observations, giving us some confidence that the evolutionary scenario we have described corresponds to the earliest events on Mars,” Pahlevan said.

A boost for life on early Mars?

The team's research findings imply that early Mars was at least as promising a site for the origin of life as early Earth was, if not more promising — long before Earth existed. Earth as we know it did not finish forming until after the moon-forming impact, after tens of millions of years of solar system evolution. Long before that, Mars may have had a thick, hydrogen-rich atmosphere, clement temperatures and a surface covered in blue oceans.

Vitellogenin is a protein that may be the key to optimizing health and reproduction in all egg-laying species. This protein has been around since the start of animal life; even dinosaurs had it. Gro Amdam, a professor in the School of Life Sciences at Arizona State University, has been fascinated by the potential of vitellogenin to change the way we think about animal reproduction and overall he...

Vitellogenin is a protein that may be the key to optimizing health and reproduction in all egg-laying species. This protein has been around since the start of animal life; even dinosaurs had it.

Gro Amdam, a professor in the School of Life Sciences at Arizona State University, has been fascinated by the potential of vitellogenin to change the way we think about animal reproduction and overall health. Recently, Amdam and international collaborators were awarded $1.1 million to advance vitellogenin research and support honeybee health. 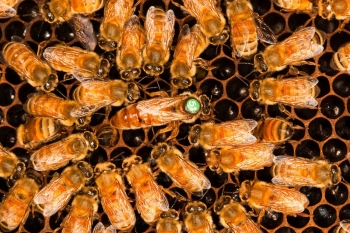 Before moving to the United States, as a PhD student at the Norwegian University of Life Sciences, Amdam decided to pursue the study of vitellogenin in honeybees. Initially, academics thought vitellogenin was just another protein in egg yolk, crucial for almost all egg-laying animals, but nothing spectacular. Despite the common belief, Amdam knew there was more to the vitellogenin story — something exciting and ready to be discovered.

As part of her PhD work, she found interest in fluctuations of this protein, particularly in bee workers. She found that different patterns of expression were closely related to fundamental aspects of the bees' life cycle. Honeybees were the perfect model organism to investigate this protein. They are easy to breed and produce vitellogenin in vast amounts, with some bees producing up to several hundred micrograms per day.

Amdam said this protein is like a swiss knife: It possesses multiple modifications and add-ons, which are critical to its function.

After more than 20 years of investigating vitellogenin, $1.1 million was awarded to Amdam’s summer home campus, the Norwegian University of Life Sciences. The funds come from a competitive, multidisciplinary and international program that receives over 2,000 applications in all fields of biology and Amdam was one of the 82 funded. This award will be key in financing reseaerch at ASU and with international collaborators. 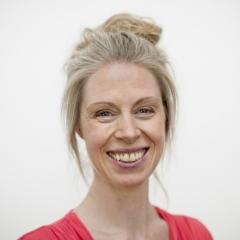 Amdam is thrilled by the support and endorsement of this award.

"Getting funded is one thing," she said, "but the fact that an international community recognized the importance of (vitellogenin) is the most exciting! This work has been considered unique and extremely competitive in an open arena."

Their multi-year project aims to unlock the power of vitellogenin variants in honeybees. Its broad scope starts at the genetic and molecular level and ends with investigating its effects on veterinary medicine, agriculture and society at large.

"We are going from genetics and simulations of the protein structure to molecular dynamics, all the way to growing the protein in animals and observing its effect in bee colonies," Amdam said.

Vitellogenin is a protein that is shared among various species. Understanding the role of vitellogenin in health and reproduction is critical when it comes to sustainable food sources. The goal is to develop new techniques for breeding healthier animals, not only honeybees but also fish and poultry.

"With this proposal, we are taking the step from honeybees to a platform for application in animals that are our food sources," Amdam said.

"This allows us to take an entirely new look at these species, like the bee, chickens or fish, and say, 'Are we taking care of this protein?' If we ignore it, then other things will fall apart," Amdam said. "This leads towards healthier farm animals so we can better understand how they utilize macronutrients to support health and reproduction."

Amdam and her team have been instrumental in the paradigm shift in vitellogenin research. "Our research has pushed this field forward," she said.

With so much more to learn, expanding our understanding in this field has grown into a team effort, and Amdam has been able to share her excitement for vitellogenin with former and current students, who plan to take her initial research to new levels. For Amdam, vitellogenin is "a gift that keeps giving."

"I can say that I've trained people that have been important in moving this knowledge forward, and this is super rewarding!" Amdam said. 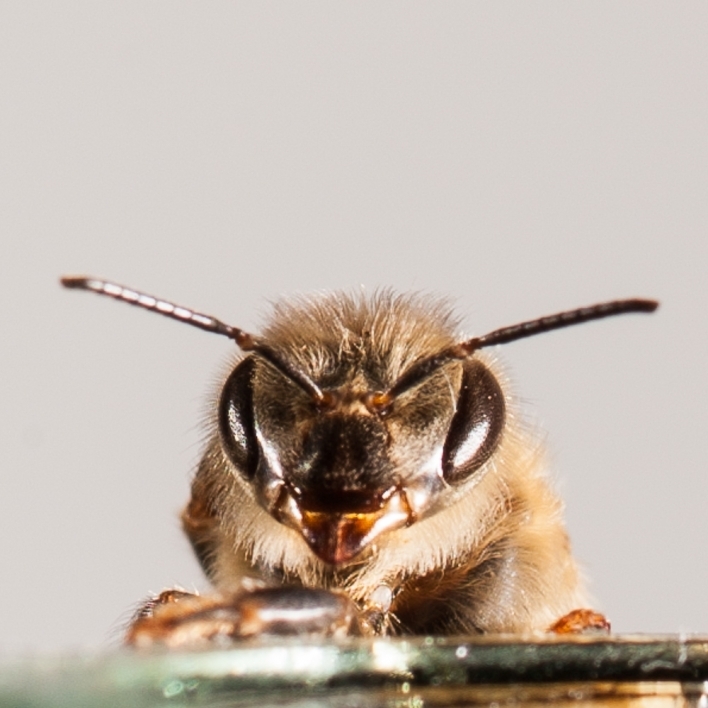 Honeybees are the perfect model organism to investigate vitellogenin as they are easy to breed and produce it in large amounts. Amdam's multi-year project aims to unlock the power of vitellogenin variants in honeybees. 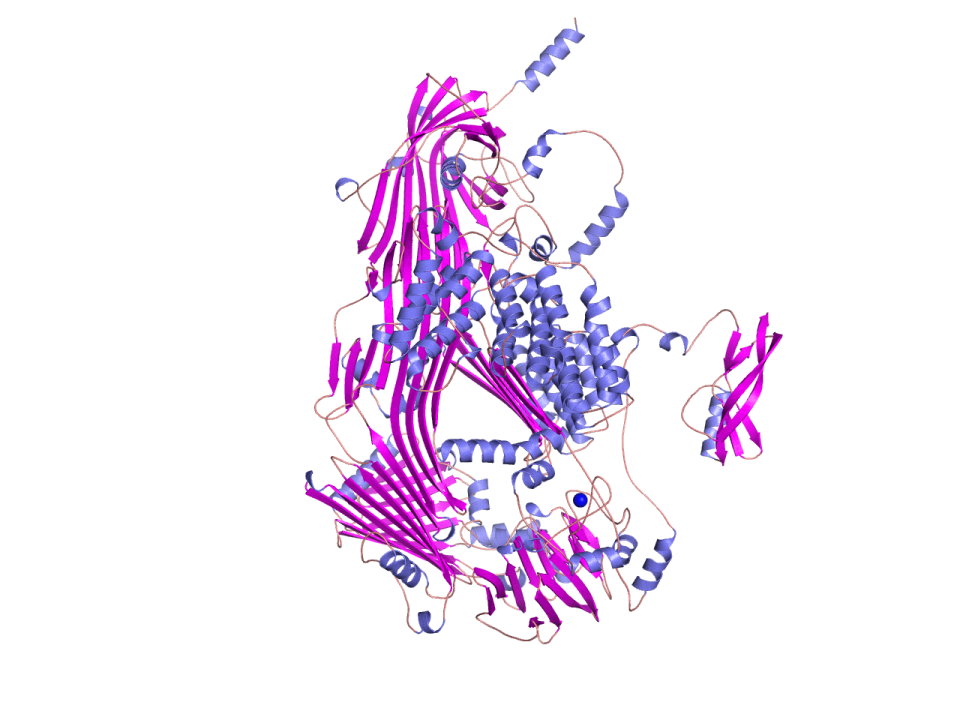 Simulation of vitellogenin's structure. Vitellogenin is like a swiss knife: It possesses multiple modifications and add-ons, which are critical to its function.