Veterans and others who can no longer afford their rent or are experiencing homelessness will be able to share housing costs with a roommate in a new matching program administered by the Arizona State University Action Nexus on Housing and Homelessness.

A three-year, $750,000 gift from the Garcia Family Foundation will support the Action Nexus, based at the ASU Watts College of Public Service and Community Solutions, on the shared housing pilot program and three others. 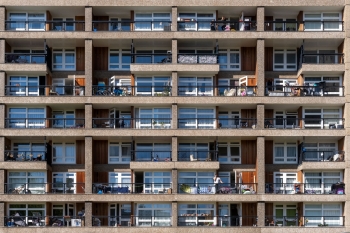 The other three programs involve working with federal officials to allow temporary housing to be built on land the U.S. government administers in Maricopa County near the Phoenix metro area; establishing a Lived Experience Advisory Council, made up of people who currently or formerly experienced homelessness who can advise assistance providers on the most acute needs; and an evaluator who can help organizations set metrics and track goals, said Shana Ellis, executive director of the Action Nexus.

Rents rose by nearly 30% in the Phoenix area in 2021, more than double the U.S. average, and early projections are for them to increase nearly 20% more this year, according to a March Arizona Republic article. The Pew Research Center recently found that 31.9% of American adults live in some form of a shared household, said Krickette Wetherington, Action Nexus project manager.

“Helping people who are experiencing housing insecurity find reliable options is at the core of what the Action Nexus on Housing and Homelessness was established to do,” said Watts College Dean and President’s Professor Cynthia Lietz. “The Action Nexus is founded on the belief that all persons deserve a secure, welcoming environment where they can positively influence the world around them and accomplish their aspirations. Each of these efforts is designed to achieve exactly that.”

Potential roommates will be required to complete a questionnaire similar to the intake forms used by roommate matching services, Ellis said, except that, rather than just being about seeking a roommate, the intended match would include a case manager offering services particular to each roommate’s needs to ensure the match was successful.

Based on responses from applicants, such as how they feel about having pets in a home and how loudly music should be played, housemates would be matched in rental properties available through agreements with landlords facilitated by HOM Inc, which helps vulnerable individuals and families find affordable housing, Ellis said. Those paired will live in the same residence but in separate bedrooms.

Ellis said money from the gift will cover two new full-time positions: a shared housing coordinator and evaluator. The funds will also pay for hiring a half-time staff member to work with federal officials, a graduate student to work about 15 hours per week with the advisory council and faculty stipends for research, as well as operating expenses.

Money for rent is not part of the shared housing gift. Wetherington said funds for that purpose, if needed, would come from other sources, which will also pay for conflict resolution services to assist any housemates who encounter difficulty with their living arrangements.

While the Action Nexus program will initially center on veterans, officials hope it will expand soon to include others, such as youth aged 18 to 24. Apartments are expected to provide most of the housing, but other options will be considered, Wetherington said.

“The goal is to create a system so anyone experiencing homelessness will have access to shared housing,” she said.

Jon Ehlinger, president of the Garcia Family Foundation, said his organization agreed to fund staffing necessary to administer these programs.

Maricopa County is experiencing a major housing shortage, and housing security advocates need help finding places to live for many people who must leave their current homes because of huge recent rent hikes, Ehlinger said. Service providers like the Action Nexus want to do more to help individuals in need of housing, but current staffing levels leave little time to take on new efforts like shared housing, he said.

“This will give them the bandwidth to push it more quickly. The affordable housing need is very acute right now,” Ehlinger said. “Shared housing doesn’t involve building anything. Places are already built, so if you can find people willing to move in with other people, you’re helping solve the problem now, rather than waiting for more housing to be built.”

When should you gossip about lies and when should you gossip about the truth? Well, there’s an algorithm to help you decide, and an Arizona State University alumnus was part of a team that developed it. Recently, ASU alumnus Leo Tiokhin and a team of scientists across the world received an Ig Nobel Prize in the "peace" category for their research on gossip. The researchers developed an algorith...

Recently, ASU alumnus Leo Tiokhin and a team of scientists across the world received an Ig Nobel Prize in the "peace" category for their research on gossip. The researchers developed an algorithm to determine when gossipers should lie and when they should tell the truth. 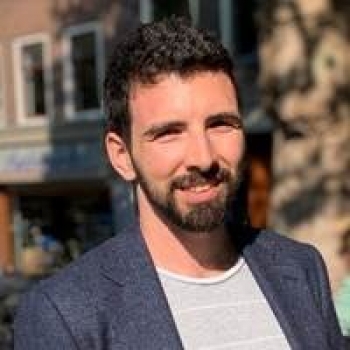 The paper, “Honesty and dishonesty in gossip strategies: a fitness interdependence analysis,” was published in Philosophical Transactions of the Royal Society B, Biological Sciences in 2021.

As described on the Ig Nobel website, “The Ig Nobel Prizes honor achievements that make people laugh, then think. The prizes are intended to celebrate the unusual, honor the imaginative — and spur people’s interest in science, medicine and technology.”

Tiokhin received his PhD in anthropology from ASU's School of Human Evolution and Social Change in 2018. His research focused on metascience — the study of the scientific process itself. Tiokhin is currently a postdoc at the department of Industrial Engineering and Innovation Sciences at TU/e, Eindhoven University of Technology, in the Netherlands.

Tiokhin spoke with ASU News about his research and receiving the Ig Nobel award.

Question: What inspired this research on gossip?

Answer: People’s first reaction to hearing the term “gossip” is that it is something negative. However, gossip ­— defined as sharing information about absent others — plays an important role in promoting cooperation and group functioning. People gossip all of the time. Gossip about someone’s good deeds can earn them respect, promotions and so on, whereas gossip about someone’s bad behavior can cause them to be a pariah and ruin their lives.

We all worry about our reputations and about whether co-workers — or friends, or anyone in our social group — are speaking positively or negatively about us. Our research sheds light on the situations in which people will be most likely to spread honest or dishonest gossip.

Q: What did your group learn about the different types of gossip in this study, and is that gossip helpful or harmful?

A: Gossip isn’t inherently helpful or harmful, and whether or not someone will spread honest or dishonest gossip depends on how much they care about what happens to both the recipient of the gossip and the person being gossiped about.

For example, in situations of competition — such as competing with a co-worker for a promotion — there is a conflict between people’s interests. These situations should lead to dishonest gossip to harm the other person, or honest gossip when the gossip content is negative.

Q: Why is it exciting to receive the Ig Nobel Prize?

A: What I like about the Ig Nobel Prize is that it recognizes research that is somewhat “out of the box” but which addresses interesting questions.

For example, this year the physics prize went to a team that researched why ducklings swim in a line formation. It turns out that ducklings “surf” the wave generated by their mother, which helps them to conserve energy. Pretty cool!

Other Ig Nobel winners have included archaeologists who experimentally demonstrated that knives made from human feces don’t work, an analysis of the species of bacteria that live in discarded chewing gum and a study that used magnets to levitate a frog, whose author went on to win a Nobel Prize.

Q: Why does your paper fall under the “peace” category when your paper is talking about gossip?

A: Gossip can play an important role in both sustaining and eroding cooperation. That is, gossip can both promote peace and cause conflict. Our research sheds light on how gossip works and provides a framework for thinking about how to promote peaceful relations among people in society

Q: Tell us about your time at Arizona State University and where you are now.

A: When I began my PhD in anthropology, I was interested in understanding when people honestly or dishonestly transmit information. I was also interested in evolutionary approaches to human health. My master’s research combined these interests by developing a novel perspective on symptoms of illness, analyzing how and when symptoms serve as social signals. I was spending most of my time reading about problems in science and thinking about how to fix them. This led me to switch my PhD topic to metascience, that is, research on research. I continued along this path as a postdoc at TU/e (Eindhoven University of Technology).

Q: How has anthropology played a role in your career as a metascientist?

A: Anthropology has taught me diverse research methods — including field research, lab experimentation, modeling and statistics — has helped me to understand human origins and our evolved predispositions, and has given me the skills to collaborate with and manage teams of people from diverse cultural backgrounds. I’m grateful for my anthropological training and especially for having been at (the School of Human Evolution and Social Change) for my PhD. There are few other institutes in the world where I could have received such an education and benefited from the guidance of so many inspiring scholars.