As groups across the political spectrum present competing narratives about the American founding and America’s political ideals from 1776, how can Americans sift through the opposing claims and understand that era’s historical complexity while remaining true to the evidence?

This is the question Harvard University Professor Jane Kamensky will pose during her Sept. 19 lecture "1776 and Us: Finding the Founding in a Foundering Democracy" at Arizona State University’s Memorial Union. 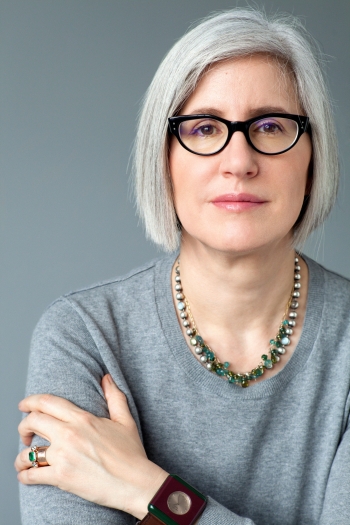 The lecture marking the 2022 Annual Constitution Day is co-sponsored by the School of Civic and Economic Thought and Leadership, the Center for Constitutional Design at the Sandra Day O’Connor College of Law at ASU and the Jack Miller Center.

“From the very beginning, the history and study of the American Revolution have been bound up with the national identity of the United States, and in recent years, the competing imperatives of activists and journalists at both edges of our ideological spectrum have produced warring narratives of the American founding,” said Kamensky, who is the Jonathan Trumbull Professor of American History at Harvard University and the Pforzheimer Foundation Director of the Schlesinger Library on the History of Women in America at Harvard Radcliffe Institute.

“Their accounts of the founding era offer competing ​​interpretations of the founding era: slavery versus liberty, original sin versus germinal gift, villains versus heroes. While this work highlights the predicaments of the era, both approaches owe more to politics than to history,” she added.

In this lecture, Kamensky will discuss how we can equip ourselves and our students with an understanding of the revolutionary era that is rigorous, complex and, above all, true to the evidence.

“Our school is leading ASU’s celebrations of the quarter-millenium mark of our country’s independence, which will culminate in 2025–26 with a full consideration of the Founding Era, from the Declaration of Independence through the Bill of Rights, and their enduring effect on American history and contemporary identity,” said Paul Carrese, founding director of the School of Civic and Economic Thought and Leadership at ASU.

“Professor Kamensky’s address will be a warning about the risks we face as competing factions distort historical evidence to support their political motives. Our school remains dedicated to the rigorous study of our democratic republic, its extraordinary successes and continuing challenges to living up to its high ideals — and to civil discussion and debate about these crucial topics," he said.

“We are honored to co-sponsor Professor Kamensky’s lecture on a day on which we celebrate our constitutional heritage,” said Stefanie Lindquist, executive director of the Center for Constitutional Design at ASU. “As the world’s oldest and most longstanding written constitution, the U.S. Constitution is a remarkable instrument that has sustained self-governance for over two centuries. It is fitting that we celebrate it by hearing from such a distinguished scholar and historian."

A historian of British America and the United States, Kamensky is the author of numerous books, including "A Revolution in Color: The World of John Singleton Copley" (2016), which won four major prizes and was a finalist for several others. Kamensky is a former commissioner of the Smithsonian National Portrait Gallery, serves as a trustee of the Museum of the American Revolution, and is one of the principal investigators on the NEH/ Department of Education-funded initiative, Educating for American Democracy. Carrese first met Kamensky when they collaborated on that national project from 2019 to 2021.

In 2010, the United States Department of the Air Force looked to Arizona State University archaeologists to help preserve historical information about the cultural resources found on the lands their bases occupy.By partnering with the Center for Digital Antiquity within the School of Human Evolution and Social Change, the U.S. Air Force was not only able to store and organize thousands of document...

In 2010, the United States Department of the Air Force looked to Arizona State University archaeologists to help preserve historical information about the cultural resources found on the lands their bases occupy.

By partnering with the Center for Digital Antiquity within the School of Human Evolution and Social Change, the U.S. Air Force was not only able to store and organize thousands of documents, but also make them easily accessible to the public through the center’s Digital Archaeological Record (tDAR) repository. 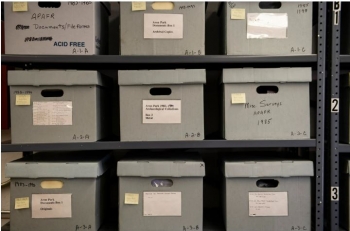 The database has grown exponentially over the past few years, now housing terabytes of information, with over 26,000 users annually.

“In the West, many people may think archaeology fieldwork occurs only on public federal lands, like the national parks or the national forests,” says Christopher Nicholson, associate research professor at the School of Human Evolution and Social Change and director of the Center for Digital Antiquity.

“When in fact, the Department of Defense manages millions of acres of land, and their archaeologists are continually finding historic and prehistoric artifacts. The prehistoric artifacts are from the ancestors of tribes, and (the Air Force) regularly works with these groups as they have extensive archaeological collections from decades of fieldwork.”

Recently, the tDAR team has been working with local tribes to upload such important historical information, much of which had been stored in filing cabinets for decades. Nicholson hopes more organizations will come to see the usefulness of tDAR.

“We recently completed our Digital Archive of Huhugam Archaeology in coordination with the Four Southern TribesThe Four Southern Tribes collectively refers to the people of the Gila River Indian Community, the Salt River Pima-Maricopa Indian Community, the Ak-Chin Indian Community and the Tohono O’odham Nation., and have projects with the Hopi and White Mountain Apache tribal historic preservation offices in the works,” he says. “We would like to continue to work with tribes on digital archiving and access solutions.”

tDAR was established in 2008 to organize and store archaeological items like maps, data and reports in one location. The goal of the repository is to make historic information easily available to both researchers and the public.

DAF now houses a total of 23 collections at tDAR. Because some of this content is sensitive, tDAR's system allows those who store information to have several levels of access and confidentiality. Most of the data stored at tDAR is open to the public, but some is only available to those within DAF or upon request.

“The Air Force has really embraced this project working with tDAR as a way for us to both digitally curate our records and also serve as a platform to make them easily available to the public and researchers. This also helps us meet our National Historic Preservation Act and Archaeological Resources Protection Act requirements to make our records available.”

The work that tDAR is doing with the Air Force is also beneficial to ASU anthropology students. Nicholson said it wasn’t until after college that he had a full understanding of who exactly does archaeology and what jobs are available to students. Now, students are being exposed to the important archaeology work that happens on military bases and public land.

“Archaeology done on military lands truly adds to our understanding of the nation's cultural heritage,” Nicholson says, “and tDAR is excited to support (the Air Force's) efforts to be good digital stewards of this information.”