Sun Devil Soccer’s season opener to be continued on Friday at 10 a.m. The Sun Devil soccer team will conclude its 2022 season opener vs. South Dakota State on Friday at 10 a.m. after play was suspended in the 48th minute on Thursday night due to inclement weather (lightning).

Need hearing aids? You’ll no longer be required to get a prescription from an audiologist.The Food and Drug Administration announced Tuesday that hearing aids will be available over the counter as soon as October. The agency cited studies that showed more than 30 million Americans suffer from hearing loss, but only one-fifth of them get help.Federal officials estimated the new ruling would resul... 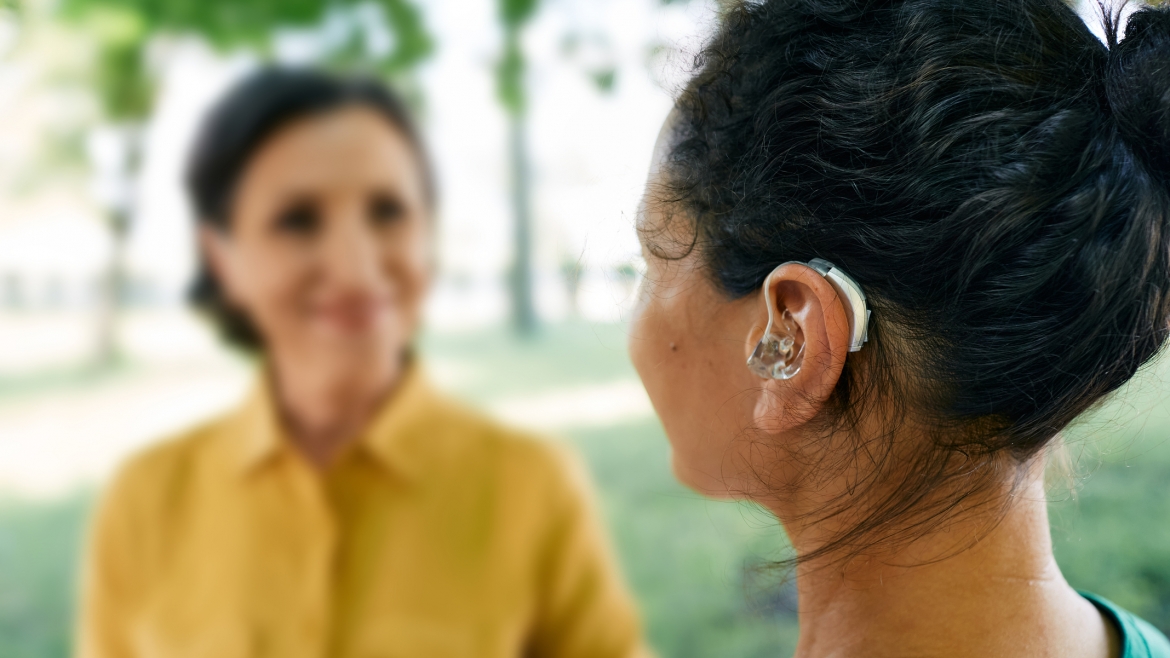 Need hearing aids? You’ll no longer be required to get a prescription from an audiologist.

The Food and Drug Administration announced Tuesday that hearing aids will be available over the counter as soon as October. The agency cited studies that showed more than 30 million Americans suffer from hearing loss, but only one-fifth of them get help.

Federal officials estimated the new ruling would result in an estimated $2,800 savings on a pair of hearing aids.

ASU News talked to Kristin Samuelson, a clinical assistant professor in the College of Health Solutions and the director of ASU’s Speech and Hearing Clinic, about the ruling and what it might mean for consumers.

Editor's note: The following interview has been edited for length and clarity.

Question: What was the process that led to this decision?

Answer: It really started in 2016. The FDA wanted to create a new category of what we call direct-to-consumer, over-the-counter hearing aids. The FDA started looking into the regulations, but then COVID hit and everything got stalled. So it kind of got put on the back burner with a bunch of other stuff. And then last year, it kind of got what I call resurrected and started becoming a reality.

Q: Should this ruling lower the cost of hearing aids?

Q: Will anyone be able to buy the over-the-counter hearing aids?

A: Anyone under 18 is still going to have go to an audiologist. And these (over-the-counter) hearing aids are only supposed to be marketed to and fit to people with perceived mild and moderate loss. The big beef that we audiologists have with that is … I’ve been doing hearing tests and fitting hearing aids for over 30 years, and it’s my own personal experience that people are not a good judge of their own amount of hearing loss. I’ll have people walk in with a really severe loss and they think they have no loss at all. And people with no loss at all think they have a severe loss.

Q: Is that one of the potential downsides to the ruling, that people will buy hearing aids without the critical information and knowledge they would get from an audiologist?

A: You wouldn’t wear your friend’s glasses, right? Glasses are all prescription. Same thing with hearing aids. They’re all very specifically programmed for a person’s loss. Those are our big concerns. If you’re just going in and buying it off the shelf at a drugstore or something, it’s not going to be fitted for your loss. And you won’t even know if you have the right hearing loss for that kind of aid. The other thing is that the very first thing we (audiologists) do when we get a patient is look in their ears. A lot of times it’s just that their ears are plugged with wax or they have a medical condition, like an ear infection. And then we get them to the proper medical professional. With these over-the-counter hearing aids, nobody is looking in their ears. And then nobody is doing is verification testing, which is the gold standard for hearing aid fitting. That’s the concern.

Q: Is there also a fear that the over-the-counter aids will be inferior products?

A: There’s a huge fear of that. I guess using the word inferior will be relative because do we mean inferior in that they can’t be programmed and adjusted? Or are they truly going to be just for sound quality? I have a feeling there’s going to be some very good products out there, but they just have to be used right.

Q: What are the positives, besides a potential price drop, of having over-the-counter aids?

A: It will at least get people to start thinking about it earlier. Having people think about hearing loss and they walk into a CVS or Walgreens and see hearing aids, at least gets it in the forefront of their minds. And maybe people with what we call mild loss will jump in and try something until it gets worse, and then they can go and get a prescription, fitted hearing aid from an audiologist.

Q: Could we see more manufacturers getting into the hearing aid business, so to speak?

A: This is what we’re all waiting to find out. For instance, Bose was part of the initial snowball of getting this thing going, and they’ve already pulled out. We’ve heard rumors of Apple and various different manufacturers, so we’re all kind of waiting to see who’s going to jump in the fray.

Q: What advice would you give to someone who is considering buying an over-the-counter hearing aid?

A: In June, I gave a talk at Mirabella (ASU’s on-campus retirement community), and I said, “There’s definitely a place for these. They’re going to do some good in the world of hearing loss if they’re used properly. But we do recommend that they would at least go to an audiologist just to get a hearing test. And most hearing tests are covered by insurance. So, go get the hearing test.