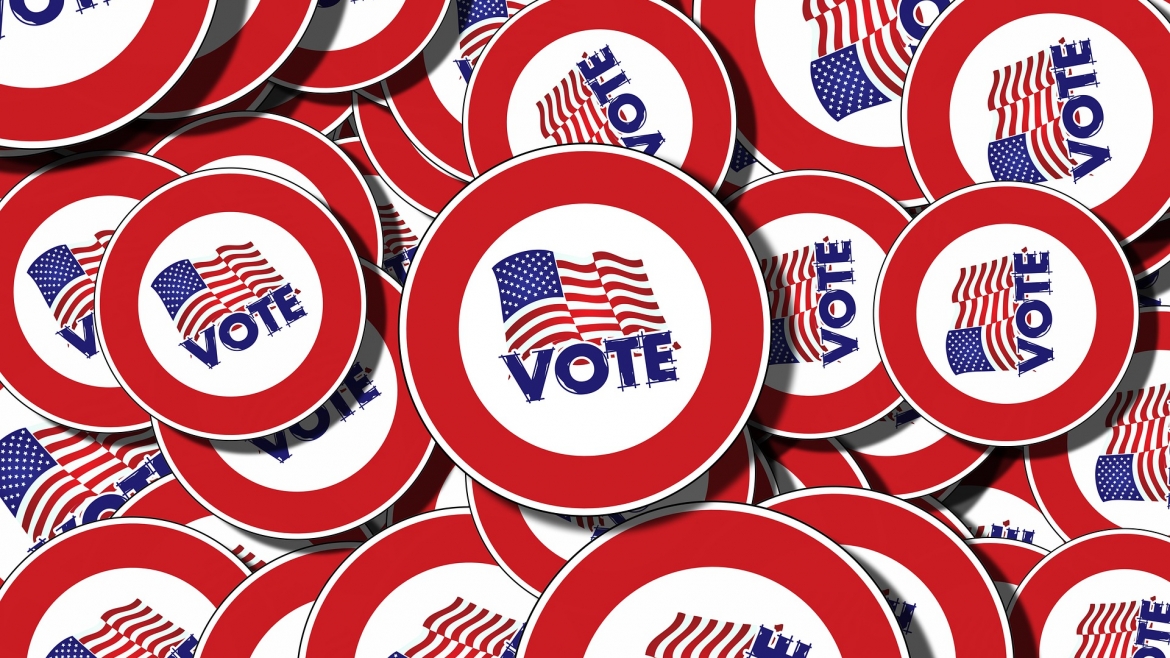 In the run-up to the November midterm elections, lawmakers in several states have been working on new voting-related legislation and several bills have become law.

There have also been legal challenges to existing voting systems. In Arizona, for example, a Mohave County judge recently ruled that the state’s early voting law is constitutional, rejecting a lawsuit that claimed mail-in ballots violated the state’s constitution.

As election laws change over time, academic research is taking place to make sure voter’s rights are protected. This fall semester, Joshua Sellers, an associate professor at the Sandra Day O’Connor College of Law at Arizona State University will research the relationship between election law doctrines, electoral structures, policies and practices, and racial equality.

Sellers was selected for a Berlin Prize at the American Academy in Berlin, a private, independent, nonprofit institute for advanced study.

The competitive fellowships are awarded annually to American or U.S.-based scholars, writers, composers and artists who represent the highest standards of excellence in their fields, from the humanities and social sciences to journalism, public policy, fiction, the visual arts and music composition.

ASU News spoke with Sellers, who is also the co-host of the “Keeping It Civil” podcast through ASU’s School of Civic and Economic Thought and Leadership, about the fellowship and the future of election law in the U.S. 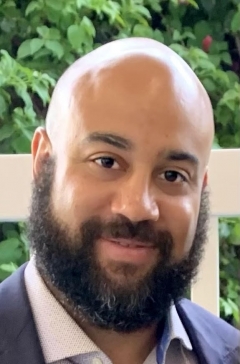 Question: What specifically will be you researching during your fellowship? What types of projects will you be working on?

Answer: I hope to make substantial progress on several projects this fall in Berlin. I am currently working on a co-authored project examining the nature of voter complaints submitted to the Lawyer’s Committee for Civil Rights during the last decade’s presidential elections. I am also authoring a chapter on political parties in the forthcoming "Oxford Handbook of American Election Law." But most of my time will be spent researching the ways in which election law and electoral structures — gerrymandering, for example — impact people outside of the political process.

I am specifically interested in the relationship between election law and racial equity and how our electoral structures impact our economic and social lives. Scholars are very attentive to ongoing attempts to suppress or dilute minorities’ votes. But they devote far less time considering how those attempts, when successful, translate into other non-political forms of disadvantage. Researchers are just beginning to draw out those connections.

Q: What are America’s greatest challenges right now when it comes to election law?

A: I think referring to our “challenges” is an understatement; we are facing several severe threats. A significant number of our elected officials believe the last presidential election was stolen and are either promoting or supporting efforts to undermine future elections. Others downplay the events of Jan. 6, 2021. The trend towards illiberalism, coupled with the extent to which political polarization has infected so many aspects of American life, presents a serious threat to “free and fair elections,” a hallmark of American democracy. Restoring trust in our democratic processes and establishing a healthy civic culture are the challenges of our time.

Q: Should we be concerned about how many lawmakers in various states are trying to change election laws?

A: In many instances, yes. That said, change can be positive. The New York State legislature just passed a transformative voting rights bill that will increase voter access throughout the state and protect against voter discrimination. I suspect Gov. Hochul will sign it soon.

However, many other states, including Florida, Georgia, Texas and Arizona, are increasing administrative burdens on voters based on the fallacious notion that doing so is essential to guard against fraudulent voting. The idea that fraudulent voting is an ever-present threat is a canard that regrettably persists despite mountains of evidence to the contrary. So, we should be concerned both about laws that make it harder to vote and about legislators’ reliance on and exploitation of unsubstantiated propaganda.

Earlier this year, Arizona State University’s Leadership, Diplomacy and National Security Lab convened ambassadors and foreign service experts to discuss actionable steps that can be taken to revive, reform and reimagine the U.S. Foreign Service for the 21st century in an online open discussion, “The American Diplomacy Project – Phase II.”The discussion was organized as part of the Inaugur...

Earlier this year, Arizona State University’s Leadership, Diplomacy and National Security Lab convened ambassadors and foreign service experts to discuss actionable steps that can be taken to revive, reform and reimagine the U.S. Foreign Service for the 21st century in an online open discussion, “The American Diplomacy Project – Phase II.”

The discussion was organized as part of the Inaugural ASU Washington Diplomatic Roundtable, a quarterly event connecting ASU with the Washington foreign affairs community. The event, hosted in collaboration with the Una Chapman Cox Foundation and supported by the American Academy for Diplomacy, was held just as ASU recently became the new institutional home to assembling a detailed blueprint, or “workbook,” for carrying forward The American Diplomacy Project’s mission of revitalizing and modernizing the U.S. Foreign Service. The project builds on the contents covered in an original report published in 2020 by Harvard University’s Belfer Center for Science and International Affairs titled “The American Diplomacy Project: A U.S. Diplomatic Service for the 21st Century.”

Ambassador Marc Grossman, one of the authors of the report, began the roundtable by discussing how the U.S. Foreign Service needs to be revamped to be able to successfully address international crises in the future and how Phase II of the project is about taking recommendations from the report and turning them into realistic and achievable blueprints for action.

“Most of the serious international challenges the United States now faces and will face in the future will require our diplomats to take the lead,” Grossman explained. “And there are many challenges that we talked about in the report to be met inside the foreign service — especially an honest self-assessment of the service’s internal culture.”

The original report’s 10 recommendations sought to address the long-term crisis in the foreign service that has affected its capacity to implement U.S. foreign policy. The 10 points were created after the authors, Ambassadors Nicholas Burns, Marcie Ries and Grossman, participated in workshops and meetings with more than 200 people, including serving U.S. State Department Officers, retired foreign service members, foreign diplomats, business leaders, senior U.S. military and intelligence officials, Trump and Biden administration officials, and members of Congress.

“The first phase … was very much about hearing the views of what should be done to reform the foreign service from across the foreign affairs community from past and present,” Ries said. “Phase II will continue to draw on what we heard in those meetings and in this launch event sponsored by our new home, Arizona State — and your participation in it will help us make the transition to this next and more detailed phase of our work.”

The project is co-chaired by Grossman and Ries and is hosted by ASU’s Ambassador-in-Residence Michael Polt. It will incorporate three interconnected activities: assembling the detailed “blueprints”; drafting model legislation where needed; and implementing an outreach and communication strategy to socialize and build support for the components and the reform package.

The roundtable discussion served as an opportunity to share which four of the original 10 recommendations were chosen to be further expanded and included in the blueprints, starting with reforming the foreign service’s mission and mandate, an effort being led by Polt.

“It is clear to all of us that the foreign service needs to have flexible, nimble and acceptable authorities to devote human, natural and material resources to address diplomatic challenges before they become lost opportunities or international crises,” Polt said. “I would like to take a look at some of the recent examples of U.S. government agencies and organizations that have been established with very broad mandates and look at the legislative language that gives them their authorities, as well as look at our defense and intelligence colleagues who often have much broader flexibility in executing their missions in the field.”

Making the personnel system of the foreign service more modern and flexible was another point of focus for the group, with Ambassador Jo Ellen Powell, the U.S. State Department’s former principal deputy assistant secretary for human resources, leading the effort.

“The foundations of the current foreign service personnel system are embodied in the Foreign Service Act of 1980, which has been amended, added to, interpreted and reinterpreted many times over in the last four decades,” Powell said. “So what we have today is a patchwork quilt of policies and practices that have grown over the years that has been added to many times and rarely taken away — so this is in sore need of a comprehensive review to modernize and, indeed, reinvent the foreign service.”

For Ambassador Dan Smith, former director of the Foreign Service Institute, his priority is expanding and improving diplomats’ professional education and language training.

“Education and training cannot come at the expense, or be seen as coming at the expense, of other priorities, but it's an essential investment in our future and in our most important reason, which remains our people,” Smith said. “To be successful, we will need to ensure that the department has the resources it needs, especially when it comes to adequate training.”

For the fourth and final recommendation, Ambassador Pat Kennedy, former U.S. State Department Under-Secretary for Management, has agreed to lead the team to develop the blueprints for establishing a Diplomatic Reserve Corps.

“The U.S. military has repeatedly called upon its reserve and National Guard personnel, and has developed them into the reserve that can supplement the active-duty personnel as required — unfortunately, the state department does not have such an asset,” Kennedy said, while emphasizing a need to find qualified individuals. “How do we hone the existing skills that these individuals will bring? Because that's what we're going out to do — recruiting people with specialized skills. How do we hone those skills and target them to the international environment, which may be very different, though aligned with what they bring from their domestic experience?”

With these four priority recommendations now being worked into blueprints for reforming the foreign service, what happens next?

The final steps are to develop any required model legislation, including a review of where the 1980 act needs updating, after which the group will work with Cox and ASU to design and implement a communications strategy based on the published report, detailed blueprint, workbook and model legislation. The strategy will involve outreach to academic experts, think tanks, NGOs and interested citizen organizations, as well as the American Foreign Service Association, current officials and members of Congress and their staff, with the aim of driving and finalizing a commitment to reform the nation’s diplomatic service.

“We are determined to accomplish this task, because just as we did in the first report, we do this work to honor the women and the men of the foreign service in the state department who work each day to promote and to protect our great nation,” Grossman said. “They deserve our full support, and that is why we participate in this effort.”