She starts her new position in August

For the first time in nearly 20 years, there will be new leadership this fall at Barrett, The Honors College at Arizona State University.

Tara Williams will start Aug. 1 as the college’s next dean, Provost Nancy Gonzales announced this week.

Williams succeeds Mark Jacobs, who served as Barrett Honors College dean since 2003 and is retiring this summer.

In her new role, Williams will lead one of the top honors colleges in the nation, described as “the gold standard” by The News York Times. Named for longtime university supporters former Intel CEO Craig Barrett and Barbara Barrett, former U.S. secretary of the Air Force, Barrett Honors College experienced a great expansion under Jacobs and had a 2021–22 total enrollment of more than 7,100 students across ASU’s four Phoenix metropolitan campuses. 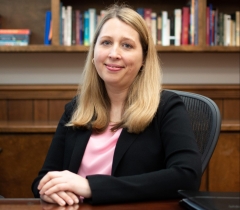 “I am excited to welcome Tara Williams as the next dean of Barrett. She brings a proven administrative track record and deep commitment to honors education, a field in which she is already recognized as a national leader,” Gonzales said.

“Tara has long admired Barrett Honors College and understands the unique opportunity it offers as the nation’s top-ranking honors college located in one of the nation’s largest and most innovative public universities. She is an ideal choice to sustain and build upon Barrett’s pioneering academic, professional and experiential initiatives so they will continue to attract and prepare highly motivated honors students to become leaders in an increasingly complex, interconnected and global world,” Gonzales said.

Williams currently serves as dean of the University of Alabama Honors College. Under her leadership, the UA Honors College — with 7,500 students — has increased the diversity of its incoming cohorts, implemented a test-optional admissions pathway, added faculty and staff positions, and developed an innovation contest that emphasizes social impact and alumni mentorship.

Williams has published articles on the honors thesis, honors study abroad experiences and innovative pedagogical practices, as well as spoken at conferences hosted by Honors Education at Research Universities, the National Collegiate Honors Council and the Association of Public and Land-grant Universities Council on Honors Education.

In her previous role as the associate dean at the Oregon State University Honors College, she oversaw a 25% strategic growth in enrollment, expanded the portfolio of international programs and extended the honors academic experience to the OSU-Cascades campus.

Williams earned a bachelor’s degree from the University of Florida and a doctorate from Rutgers University. She held the Morton W. Bloomfield Fellowship at Harvard University and has written two books, "Inventing Womanhood: Language and Gender in Middle English Writing" and "Middle English Marvels: Magic, Spectacle, and Morality in the Fourteenth Century."

“I couldn’t be more enthusiastic about this hire," Barrett Vice Dean Kristen Hermann said. "I am familiar with Dr. Williams’ leadership in honors at both Alabama and Oregon State. She is very student-centric, has fostered a culture of innovation and experimentation at both institutions, and has worked in close collaboration with a diverse array of stakeholders. Having experienced the evolution of Barrett as part of the leadership team the past two decades, I know her experience places her in the best position to lead the college in promoting access to honors opportunities both internationally and online.”

“The Barrett faculty are so excited to welcome Dr. Tara Williams as the new dean of Barrett, The Honors College," Brian said. "Dr. Williams’ substantive and sustained commitment to honors education in public universities is inspiring and will surely guide Barrett into a new and exciting phase. The faculty deeply appreciate her expertise, leadership and innovative approach to liberal arts pedagogy and look forward to working with her to strengthen, diversify and energize our Barrett community."

Williams said she is looking forward to starting her new job after visiting ASU in May for interviews, presentations and meetings as a candidate for the dean’s position.

“I’m thrilled to be joining Barrett as the next dean. Barrett has built a wonderful reputation under Dean Jacobs’ leadership, and brought together accomplished students, faculty and staff. It’s an honor to become a part of that community and to work together to envision the future of the college,” Williams said.

“The students and alumni are amazing; they’re achieving great things and having a positive impact in the world," she added. "The faculty and staff are dedicated to an honors experience that is innovative, global and community-based. Barrett also has the strong support of ASU leadership and many partners across the university. It’s well-positioned to lead the way on continuing to increase the impact and accessibility of honors education.

Williams said that in her first year as Barrett dean, she will focus on understanding Barrett students’ experience at each campus and identifying opportunities to enhance and expand those experiences, with particular attention to diversity, equity, inclusion and access.

“When I visited Barrett last month, I heard about initiatives and programs that are already underway, as well as new ideas. It’s exciting to see that there is so much great work already being done, and it’s equally exciting to see that the community is always considering what can be done next to provide students with even more opportunities to develop and grow.”

McCain Institute forum looks at the future of NATO

In the three months since Russia invaded Ukraine, Russian forces have profoundly altered the European security order and ushered in what is effectively a 21st century Iron Curtain over the continent. Defense officials from Estonia and Bulgaria joined the McCain Institute this month to discuss how today’s pressing economic, social and security challenges elevate the importance of the NATO allianc...

McCain Institute forum looks at the future of NATO

In the three months since Russia invaded Ukraine, Russian forces have profoundly altered the European security order and ushered in what is effectively a 21st century Iron Curtain over the continent. Defense officials from Estonia and Bulgaria joined the McCain Institute this month to discuss how today’s pressing economic, social and security challenges elevate the importance of the NATO alliance and the need for its member states to collectively respond to the common threat of a more aggressive Russia.

“The conversation couldn't come at a more relevant time,” said Pedro Pizano, McCain Institute program manager and moderator, in opening the recent forum for the Democracy and Human Rights Programs. “NATO must now reconsider both its strategic confrontation with the Kremlin, and how it would oppose the alliance's promise of collective security.” 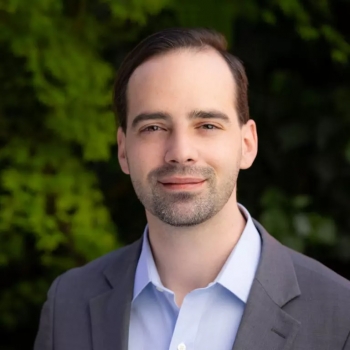 Panelists Tiina Uudeberg, the Undersecretary for Defense Planning for the Estonian Ministry of Defense, and Yordan Bozhilov, the Deputy Minister of Defense for the Republic of Bulgaria, explained the renewed urgency around the question of how NATO member states can maintain a unified transatlantic response to Russian aggression.

For Estonia, Uudeberg said the recent invasion has reinforced the persistent fear among Estonians, and that Sen. John McCain had warned about for years of the threat of Russian aggression. After Estonia regained its independence in 1991, the two main priorities for the country were security and economic progress, which ultimately led to Estonia joining the alliance in 2004. However, the country’s threat assessment has remained the same ever since, as they are well aware of Russia’s military capabilities.

The Baltic states remain directly exposed to potential military threat from Russia, Uudeberg said. She also warned of the current window of opportunity for Russia to launch a preemptive attack given proximity of its troops to Estonia and other Eastern European nations.

“As the threat is so existential, our history and the ongoing war in Ukraine have proven that once again that the existence of a solid and national defense capability is extremely important,” she said. “So, this is clearly a part of collective defense model. Everyone must play their part in making collective defense work. And so, NATO will continue to be the strongest, most successful defense alliance in the world.”

The war in Ukraine has transformed the political climate in Bulgaria as well, accelerating a shift in perceptions of Bulgarians toward Russia and NATO, Bozhilov said. Historically, he said, Bulgarians have had a pretty positive perception of Russia, primarily due to successful propaganda and misinformation campaigns.

“The majority of Bulgarian’s population was against NATO membership,” he said in explaining Bulgaria’s yearslong effort to ultimately join NATO in 2004. “In many ways, the decision to join NATO was a result of, I would say, brave political decisions.”

Today, “Russian aggression in Ukraine is a kind of an awakening symbol, not just in Bulgaria, of what the regime of Putin’s is in reality.”

Both Bozhilov and Uudeberg discussed the increasingly positive perception of NATO among young people in their countries. Pizano shared McCain Institute survey findings of young people across 15 NATO countries before and after the invasion of Ukraine that confirm that changing view.

Before Russia invaded Ukraine, “some of them felt that NATO was aggressive or that it was partisan,” Pizano said. “There was all this misinformation about NATO, and it took the war in Ukraine for people to understand.”

With the war in Ukraine raging, those same youths have greater appreciation for NATO’s role in protecting their countries from attack. In his previous work as president of a think tank, Bozhilov worked with Bulgarian youth to explain the importance of NATO.

“It was rather inspiring because Bulgarian youth … perceive themselves as European and they have this European identity,” he said.

“Russia will use all methods, all measures, to wage a hybrid war against us,” Bozhilov said. “This will include propaganda … this will include cyber attacks. So the main issue is how to resist and how to strengthen our resilience.”

“Once you understand NATO’s … ultimate goal is not to make war but to make peace possible,” she said. “NATO is the bearer of the values that hopefully matter to us all: freedom, democracy, human rights. It’s not so much about tanks, fighter aircrafts or military vessels. It’s about the world we want to live in.”

The McCain Institute at Arizona State University hosted the fourth open discussion on the future of NATO, funded in part by the U.S. NATO mission. Through programs that address security, economic opportunity, freedom and human dignity, the institute convenes thought leaders to discuss solutions, build capacity among local leaders and create advocacy to propel our values forward.