A space mission that welcomes students onboard

Editor's note: On June 24, 2022, NASA announced that the Psyche mission will not make its planned 2022 launch attempt due to the need for more time to ensure that the spacecraft’s flight software and testing equipment will function properly in flight.The Psyche mission — a four-year journey to a metal-rich asteroid expected to launch in August and that could provide clues into the formatio... A space mission that welcomes students onboard

Over 4,000 students and lifelong learners from across the nation have taken part in ASU’s Psyche Student Collaborations

Editor's note: On June 24, 2022, NASA announced that the Psyche mission will not make its planned 2022 launch attempt due to the need for more time to ensure that the spacecraft’s flight software and testing equipment will function properly in flight.

The Psyche mission — a four-year journey to a metal-rich asteroid expected to launch in August and that could provide clues into the formation of planets — is Arizona State University’s first deep-space NASA mission.

But from the moment the Psyche mission was awarded to her team in 2017, Principal Investigator Lindy Elkins-Tanton knew she wanted to make Psyche mission accessible to students throughout the country.

Space exploration, she said, “is for everyone.”

“Not all colleges and universities are involved in space missions,” said Elkins-Tanton, a Regents Professor in ASU’s School of Earth and Space Exploration and vice president of the Interplanetary Initiative. “So, of course we want to share the excitement and inspiration.”

That vision has led to this moment: a Psyche Student Collaborations program providing multiple entry points for undergraduate students and lifelong learners to get involved.

Psyche Student Collaborations comprises four efforts: Psyche Capstone Projects, Psyche Inspired artworks, Psyche science outreach interns and docents, and the Innovation Toolkit free online courses. To date, more than 1,200 students from around the country have participated in the undergraduate student programs, along with more than 3,000 lifelong learners who have enrolled in the Innovation Toolkit online courses.

“It’s like a nationwide collaborative effort, which is really cool,” said Aws Al-Shalash, senior design coordinator in the Department of Mechanical Engineering at the University of Texas at Tyler.

“I’ve never seen anything like it,” said Dean Lewis, assistant teaching professor and mechanical engineering academic coordinator at Penn State Erie, the Behrend College. “I can tell you, some of our students have been pretty psyched.”

Forgive the pun. It’s the work that counts.

The execution of Elkins-Tanton’s idea was left to Cassie Bowman, a Psyche mission co-investigator and an associate research professor in ASU’s School of Earth and Space Exploration.

To kick off a year of pilot programs, in summer 2017 Bowman began digging into relevant published research and “cold-calling” ASU faculty to see if they had courses and students who wanted to work with Psyche.

By fall 2017, the ASU-only pilot efforts were in place for all four programs, involving 75 undergraduates in capstone-style projects, 13 Psyche Inspired creative interns and six outreach docents and interns — as well as efforts underway with EdPlus at ASU on developing the first of the Innovation Toolkit online course.

In Psyche Inspired, 13 ASU undergraduates from 13 different majors were selected to participate in the inaugural class. They submitted unique artistic interpretations of the emotions surrounding the Psyche mission.

Caralie Cedarleaf, then a senior majoring in sculpture, created a cast-iron sculpture called “Metal World” in the foundry at the School of Art.

“It was so cool I decided I wanted to do it,” Cedarleaf said. 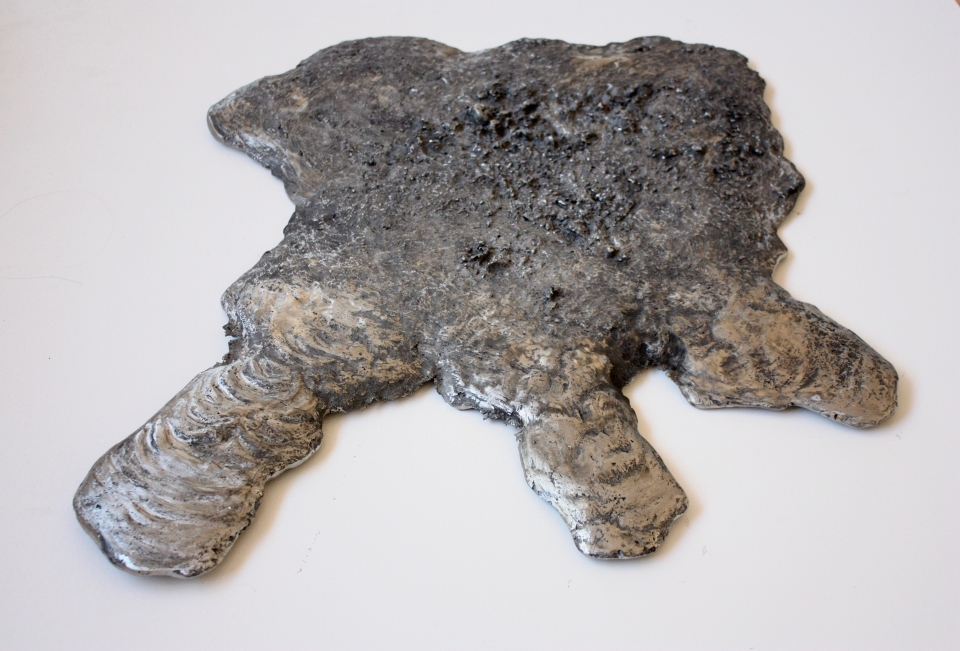 Isaac Wisdom, then a freshman double-majoring in music and electrical engineering (“I just knew I wanted to study both.”) composed three instrumental pieces, each of which reflected a different moment in Psyche’s stories. The pieces were entitled, “Ideas,” “Construction” and “Journey.”

“Each part of the mission will have its own feeling associated with it,” Wisdom said. “Ultimately, I think music is emotionally based.”

Getting ASU students involved, however, was just the first step. As Elkins-Tanton said, she wanted other universities to be involved in the mission.

For Psyche Inspired — a program to create artworks inspired by the mission — to go national, the team amassed a local and national email list of groups engaged with undergraduates, blasting out the application to as many eligible students and institutions as possible. NASA newsletter and social media accounts helped as well, yielding a class of 15 interns from nine institutions and a mix of majors in STEM and the arts and humanities. The annual process continues today, and selected interns meet with Psyche Inspired staff and guest speakers for an hour each week to learn about the mission and plan their four creative works for the year.

For Psyche Capstone, the largest of the student collaborations programs, the push toward national participation began in June 2018 when Bowman went to the Capstone Design Conference in Rochester, New York, and told as many university representatives as she could that ASU wanted to work with students nationally on Psyche-related capstone projects. 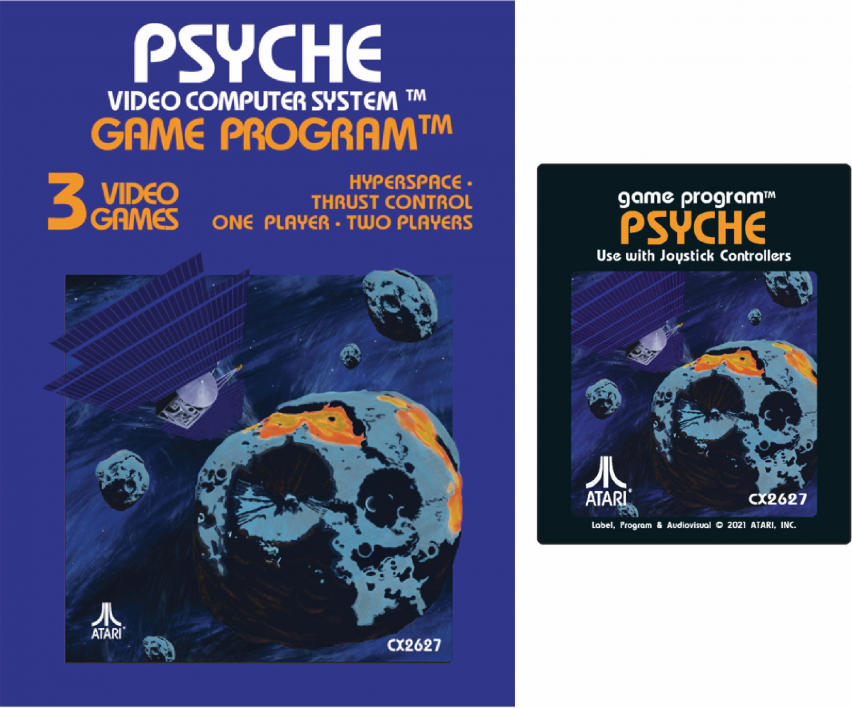 A cross-section view of a Psyche Asteroid Sampling System. Made as part of the senior capstone project: “Sampling System for Hypothesized Surfaces.”

“Word of mouth,” Bowman said, which has led to the participation of more than 1,000 undergraduates from 16 universities so far.

There was just one catch: ASU had a limited budget, and each student team could only receive up to $1,000 in materials and support, depending on the project type. In some cases, corporations will pay up to $25,000 to fund a university capstone project.

As it turned out, the lack of money was no match for the chance for students to work on Psyche and take part in the other mentoring and networking opportunities that the Psyche Capstone program provides.

“We have three teams working on the Texas Space Grant Consortium fund, and we cannot fit all of the students into the (NASA) projects,” Al-Shalash said. “So, they were really ecstatic about having this opportunity.”

This year, more than 320 students are working on a variety of projects, including hall thruster diagnostics visualization (the hall thrusters propel the spacecraft on its journey); a robotic rover for exploring the hypothesized surfaces of Psyche; an iron meteorite imaging system; a life-size model of the Psyche spacecraft that will hang in the lobby of the ISTB4 building on the Tempe campus; and a suite of web-based games that will enable the public to learn more about the mission. 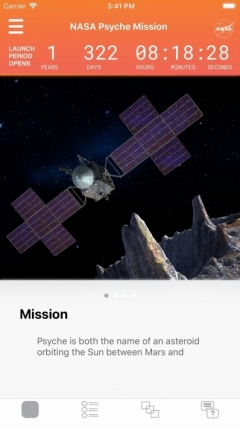 The homepage of a Psyche smartphone app, designed by ASU students as part of their capstone project.

Teams in previous years have worked on a Psyche Experience mobile app, a Psyche communications campaign, a landing system for uncertain terrain and spacecraft virtual reality, among others.

“Being involved in a project of this magnitude has been a wonderful experience,” said Kayla Markley, a senior computer science major at ASU who is working on a web-based game. “We have had the opportunity to be exposed to many aspects of the NASA Psyche mission through ASU, and our responsibility of public engagement with a web-based game has given us an insight on how to manage large projects in small teams.”

The student involvement is truly collaborative. For example, teams from different universities are working on robotic explorer designs and share information, questions, etc., through a Slack channel. That engagement spurs conversations that may not have happened if each university was working on a separate project.

“For me, it bridges that distance gap,” Al-Shalash said.

“Exchanging ideas with students of different educational backgrounds, such as degrees, has been a fulfilling experience,” Markley said. “They all have something unique to bring to the table.”

At the beginning of each school year, Bowman meets any student who wants to be involved with Psyche capstone. During the school year she meets with each team for 30 minutes every two weeks. Speakers are brought in to talk to the teams. By the end of each project, Bowman knows the students well enough to provide professional references or write them a letter of recommendation for graduate school.

“I remember a couple of years ago when I was looking through the different projects, and there were all these different schools that were listed that had teams working on (Psyche),” Lewis said. “And that’s when I kind of realized how large of a scope this was and how much is going into this.”

Elkins-Tanton certainly hopes the scope will continue to expand each year as new universities and students get involved and connect with the mission and with each other. More than five years after receiving the call that the Psyche mission was selected by NASA, Elkins-Tanton is thrilled about the success of the Psyche Student Collaborations program in inviting as many people as possible to join NASA on this “journey to a metal world.”

About the NASA Psyche mission

ASU leads the Psyche mission as the home of the mission's principal investigator, Lindy Elkins-Tanton. NASA's Jet Propulsion Laboratory, a division of Caltech, is responsible for the mission's overall management, system engineering, integration and testing, and mission operations. Maxar Technologies delivered the solar electric propulsion chassis, the main body of the spacecraft and most of its engineering hardware systems. NASA's Launch Services Program at Kennedy Space Center manages launch operations.

For more information about NASA's Psyche mission go to: http://www.nasa.gov/psyche and https://psyche.asu.edu/.