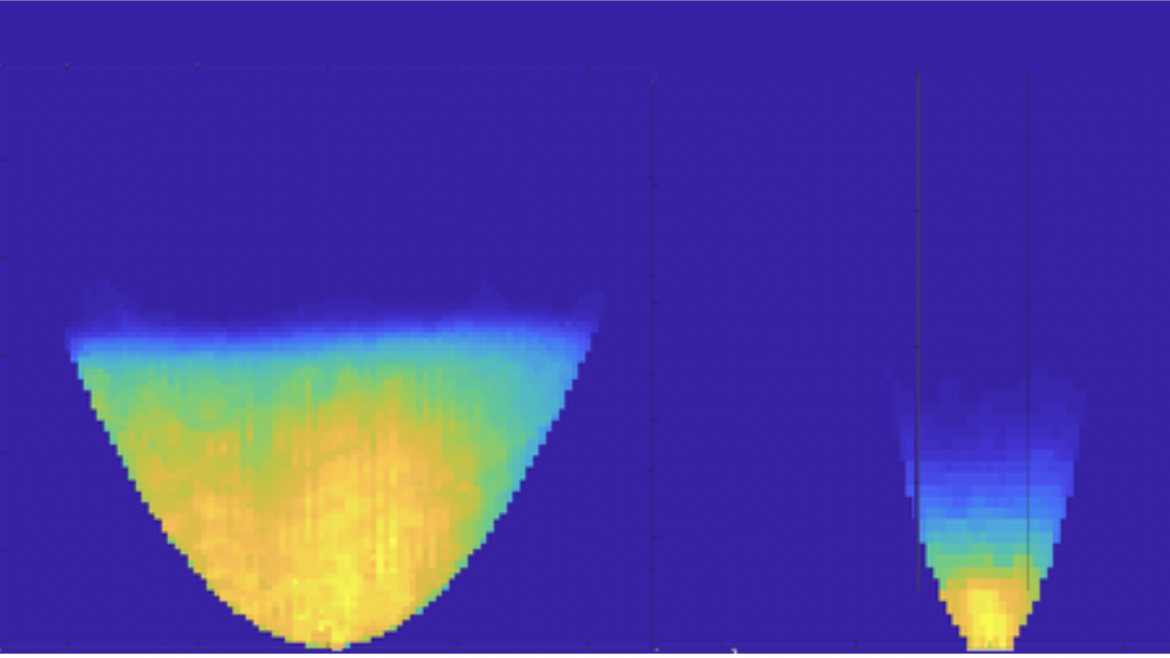 To make new discoveries, scientists are perpetually in need of shedding just a little bit more light on a given subject. When applied to high energy physics, this becomes a literal endeavor — by making the brightest electron beams possible to aid in discoveries to advance science, medicine and industry.

These bright beam insights promise to improve the performance and reduce the cost of accelerator technologies around the world and develop new research instruments that transform the frontiers of biology, materials science, condensed matter physics, particle physics and nuclear physics, as well as new manufacturing tools that enable chip makers to continue shrinking the features of integrated circuits.

Recently, the Center for Bright Beams was awarded a $22.5 million renewal grant from the National Science Foundation to continue gaining the fundamental understanding needed to transform the brightness of electron beams available to science, medicine and industry.

“The award will be to study the detailed processes by which electrons are emitted from materials and develop novel materials to obtain the brightest possible electron beams for various electron microscopy and particle accelerator applications,” said Siddharth Karkare, an assistant professor in Arizona State University's Department of Physics.

Karkare currently serves as the theme coordinator of the Beam Production Research Theme at the Center for Bright Beams, which is located at Cornell University. 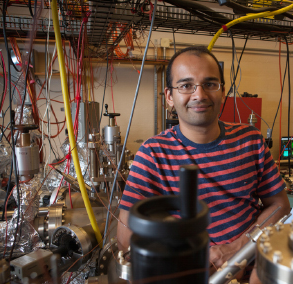 The goal of Siddharth Karkare's research is to develop novel materials to obtain the brightest possible electron beams for various electron microscopy and particle accelerator applications.

Karkare’s portion of the renewal award will be approximately $1.25 million, adding to $1.5 million in funds from his previous Center for Bright Beams award.

“The development of brighter electron beams will enable new imaging modalities in electron microscopy, for example, being able to observe atoms and molecules in motion and detecting the vibrational states of individual atoms, greatly revolutionizing our understanding of materials,” Karkare said.

“Currently, all of these scientific and industrial instruments are limited by the brightness of their beams,” said Ritchie Patterson, director of the Center for Bright Beams.

“The (Center for Bright Beams) is the only center in the world that brings together an interdisciplinary approach to address critical challenges limiting accelerator science. This renewed funding will help us build on our successes to date, which have benefited enormously from our collaborative approach,” Patterson said.

For more than a century, major advances in physics, chemistry and biology have resulted from scattering, imaging, spectroscopy and colliding beam experiments. But in order to see something new, scientists must always do something new. These bright beam experiments are now becoming increasingly dependent on time-resolved information, which allows for such things as true movies to see, for the first time, molecular machines at work.

A few years ago, Karkare was first attracted to join ASU because of its ever-deepening commitment to X-ray laser science, including the completion, validation testing and first experiments of the Compact X-ray Free Electron Laser (CXFEL) labs at ASU’s Biodesign Institute. The CXFEL promises to be a first-of-its-kind, compact X-ray technology with potential applications in medicine, the “green” renewable energy economy, getting to the heart of matter, the computer industry and beyond.

“For particle accelerators, brighter electron beams can result in the development of compact X-ray sources, greatly reducing the cost of these km-scale machines, and allow the development of more efficient particle colliders used for studying the basic sub-atomic building blocks of matter,” Karkare said.

Examples of other cutting-edge methods dependent on advances in particle beams include beams for tumor treatment, electron microscopes capable of imaging individual atoms, instruments for wafer metrology and the Large Hadron Collider.

However, often the research and discoveries of one scientist have far-lasting implications to the work of another, and an open and collaborative approach — not to mention the technology to make it possible — has the potential to advance technological discoveries at a much faster rate.

Karkare has been an assistant professor in the Department of Physics since 2018. Prior to that, he completed a postdoc at Lawrence Berkeley National Lab from 2015–18 with Howard Padmore, where he continued his research and further developed his interest in accelerator physics — particularly as it combines with nanoscience. And Karkare is very familiar with the Center for Bright Beams faculty, completing his PhD in physics at Cornell University, studying mainly under the advisement of Professor Ivan Bazarov.

Now, he wants to pay it forward by also educating future scientists in electron beam technology.

Centers like the CXFEL labs at ASU and the Center for Bright Beams serve as a beacon to bringing experts from varied fields and universities from all around the country to share their discoveries and work toward new ones. Because the study of physics frequently centers on such highly specified areas and materials, some researchers can spend 15–20 years on the study of one facet of the discipline.

The Center for Bright Beams is organized into three interdependent research themes related to beam production, acceleration, dynamics and control. These themes combine to focus on the creation of smaller, brighter electron beams.

The NSF Science and Technology Centers: Integrative Partnerships program supports innovative, potentially transformative research and education projects that require large-scale, long-term awards. The centers foster cutting-edge research, education of the next generations of scientists, and broad distribution of the knowledge and technology produced.

Since 2016, Center for Bright Beams' research has resulted in an electron source with 10 times smaller size and divergence than common sources in use today. This will open new pathways for drug design by allowing biologists who study the structure and dynamics of single molecules to reduce their data collection time by 90%.

The center has also created new methods for beam acceleration that match today’s performance but are vastly simpler to operate. the center's high-field Superconducting Radio Frequency cavities will cut the construction costs of the largest accelerators by up to billions of dollars by reducing the length of tunnels and the number of cavities. Relaxed cavity operating temperatures will simplify cryogenics, making beams more accessible to universities and industry, or “a beam in every basement.”

With roughly 30,000 industrial and medical accelerators in use today, and annual sales of $3.5 billion, the future promises to be brighter yet.

This story was written with contributions from Dominique Perkins at ASU's School of Life Sciences and Rick Ryan at Cornell University. 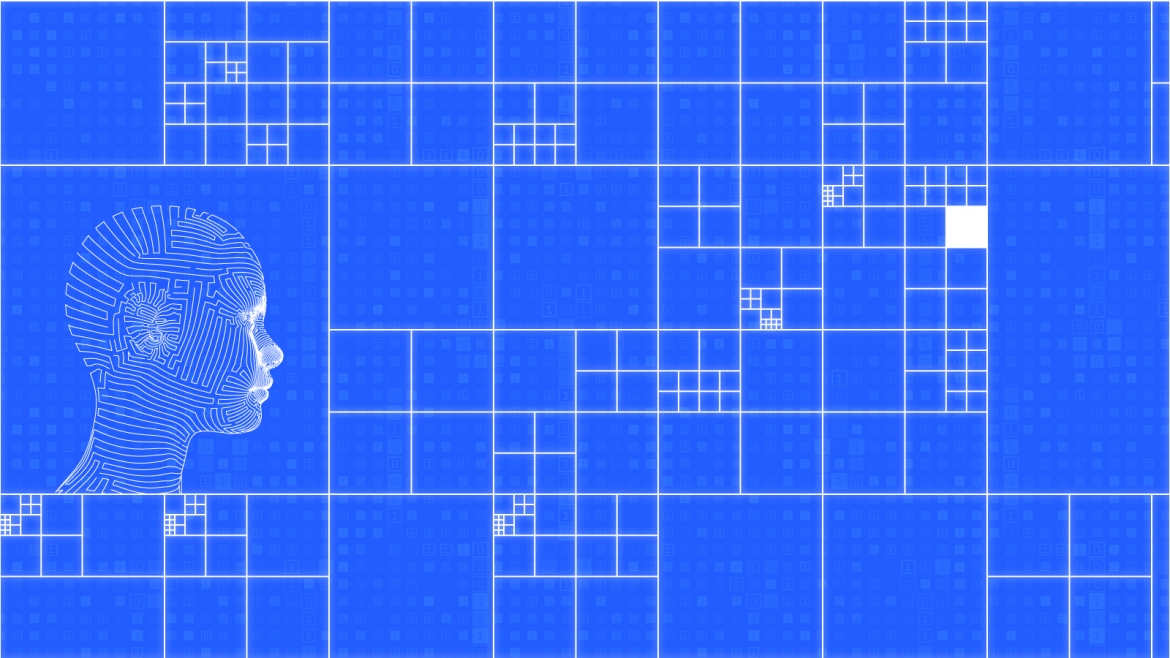 The director of the School of Arts, Media and Engineering at Arizona State University has won a million-dollar federal grant to improve the way that computers discern images for the U.S. Department of Defense.

Pavan Turaga, who is a professor in both the School of Arts, Media and Engineering and the School of Electrical, Computer and Energy Engineering, received an 18-month AI-Explorations grant from the Defense Advanced Research Projects Agency earlier this month.

“This is a big defense agency that is traditionally known to invest in high-risk, high-reward projects,” said Turaga, who uses they/them pronouns.

“This specific call was a response to an ongoing issue in the machine-learning and artificial intelligence world.”

Computers use neural networks to process images. The networks use deep-learning techniques to elicit data to identify objects in images.

“The past decade of work in neural networks has shown that they’re very brittle and not very reliable,” Turaga said.

“We don’t know why they do what they do. There is a picture of a cat and they will say it’s a dog, and there is generally no satisfactory explanation for that.”

The images that the neural networks are processing are affected by numerous factors, such as lighting and camera angle.

In the DARPA project, Turaga’s team will embed knowledge of physics into the neural networks to lead to more reliable and robust models of machine learning.

They’ll use Riemannian geometry, which originally was invented in the early 20th century mathematics community to study the curvature of surfaces. With careful reworking and fusion with deep networks, we will be able to assess how the shape and geometry of an object can make things easier to identify.

The Geometric Media Lab at ASU is well positioned to be the bridge between the neural networks world and the physics world, said Turaga, whose PhD thesis was about advancing a similar technique of using geometric methods to encode models of physics.

A neural network can be trained, through repetition, to recognize images. The networks do that by focusing on regions of the image.

“The attention of networks is often on color, and shading – it’s very diffuse and not precise,” Turaga said. “It’s looking at a lot and coming up with a decision that may or may not be optimal.

“We’re proposing, let’s look at more detailed geometry. What is the shape? And encode that definition in a way that neural networks can train under."

The network will process the pixels the same way but with better reliability.

“When we say, ‘Tell me what you’re paying attention to while you’re reaching this decision,’ it’s more clearly focusing on the features of the objects that make it what it is,” they said.

Turaga’s lab is able to show how their technique improves the network’s processing through “attention map” images that look like heat maps.

“Our approach shows that we can train networks to pay attention by highlighting shapes more precisely.

“We’re trying to make the neural networks more trustworthy by creating these visualizations that help us trust what they’re doing.”

Trustworthiness of the systems is key because DARPA is interested in defense applications, such as drone images.

“The interesting thing is not that we pushed (the accuracy), but to say it went up, because we’re paying attention to the underlying property of the object.

“We’re actually encoding knowledge of the object shape and geometry.”

Turaga said they couldn’t have done this kind of work without a joint appointment between the schools.

“That role allows me time and space to think about these kinds of speculative questions, which would not be easy if I were only in mainstream engineering.

“It lets me step back and say, 'Let's think deeper about how media technologies are encoding knowledge.'”

The Geometric Media Lab is working with the Global Security Initiative at ASU on the grant project, part of which is subcontracted out to Johns Hopkins and Florida State universities. The project will last 18 months and include teams of students and faculty members. The co-principal investigators are Visar Berisha, an associate professor, and Gautam Dasarathy, assistant professor, both in the School of Electrical, Computer and Energy Engineering at ASU, and also includes student Rajhans Singh and postdoc Ankitha Shukla as key contributors.