Learn what the sport of lacrosse meant to the 2022 Sun Devil Senior Class.

Arizona State Univesity has announced Lonnie G. Bunch III, secretary of the Smithsonian Institution, and former Arizona Supreme Court Chief Justice Ruth V. McGregor as the speakers for undergraduate and graduate commencement, respectively, on May 9.They will be be receiving honorary degrees at those ceremonies as well. Bunch, honored for his achievements in American history, education and cultur... 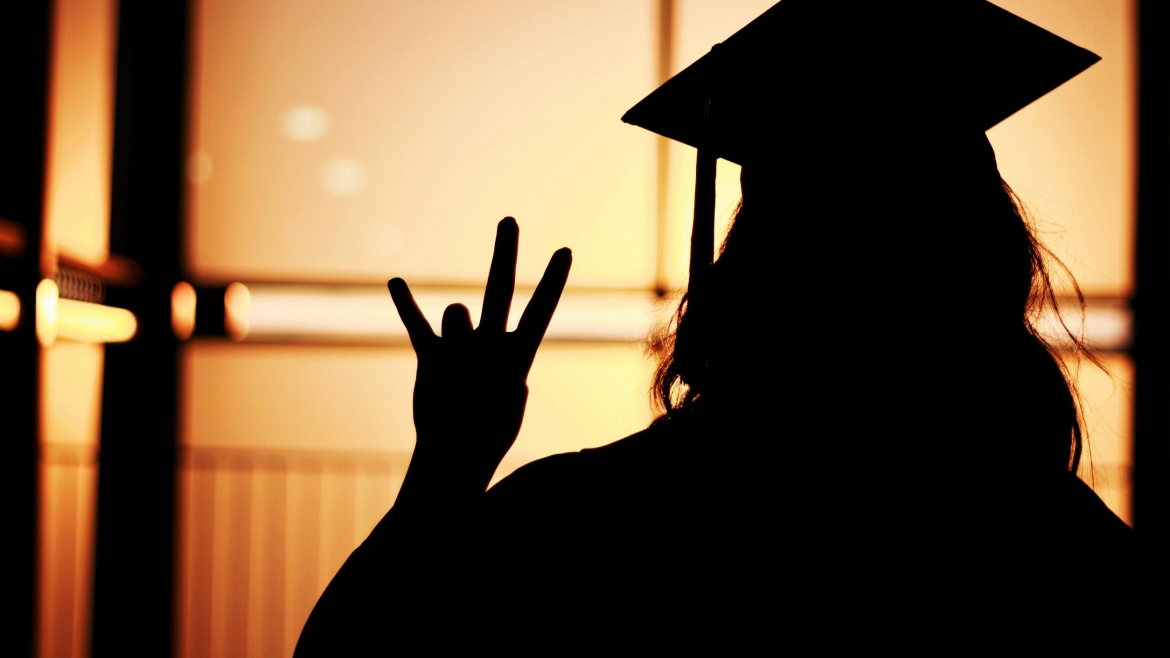 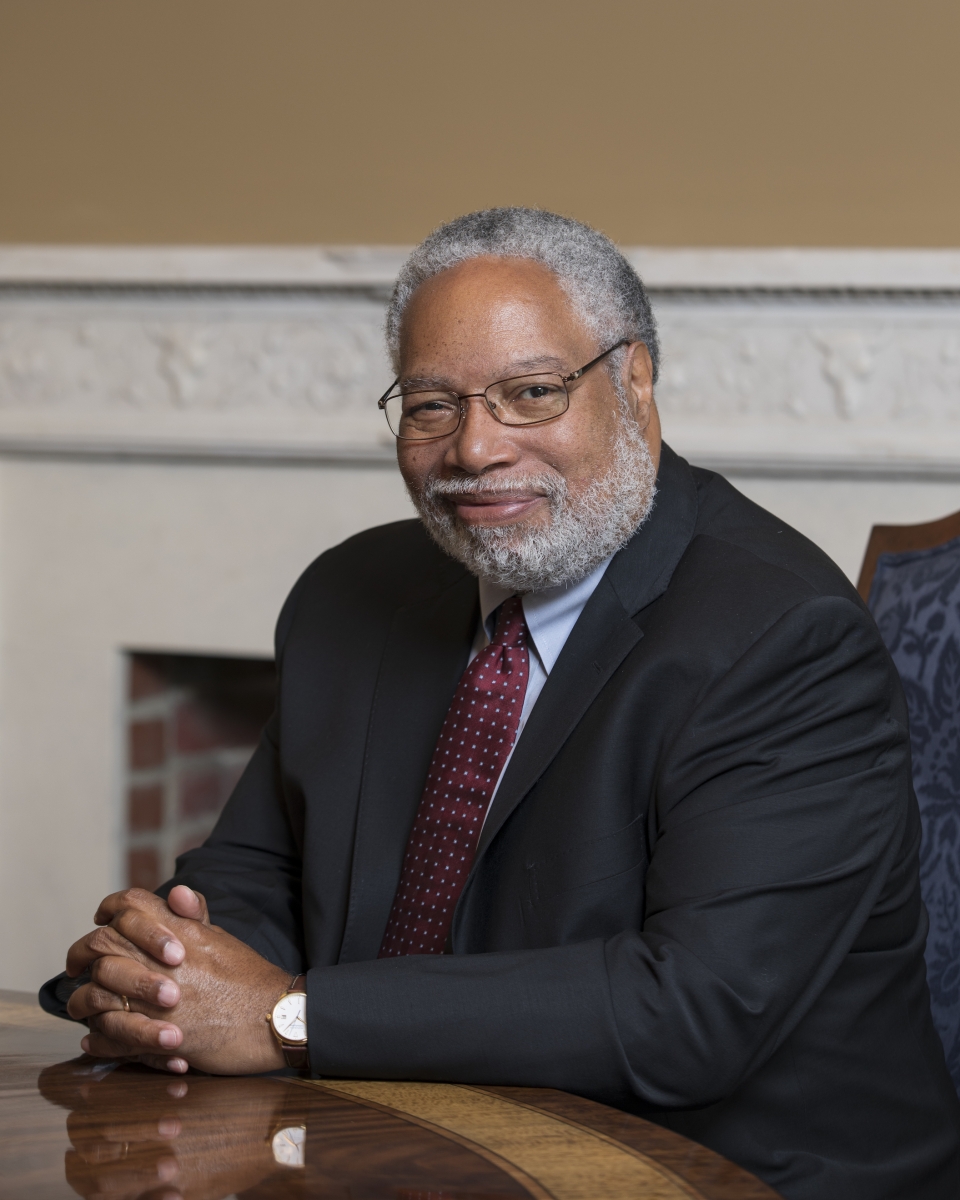 Lonnie G. Bunch III is the 14th secretary of the Smithsonian, a renowned curator, award-winning author and former educator at universities across the country, including American University, the University of Massachusetts and George Washington University. Bunch’s lifelong commitment to the humanities, arts and culture has been honored by the NAACP’s Legal Defense Fund, the Society of American Historians and the Hutchins Center at Harvard University.

Bunch had a vision to build “a place that would make America better,” and in 2016 he brought that vision to life with the Smithsonian’s National Museum of African American History and Culture. The museum encompasses a collection of 40,000 objects and the nation’s largest and most comprehensive cultural destination devoted exclusively to exploring, documenting and showcasing the African American story and its impact on American and world history.

Bunch received his undergraduate and graduate degrees from American University in Washington, D.C.

Question: Why is learning about history, the arts and culture important in higher education?

Answer: As the son of educators, an educator myself and now the head of the world’s largest museum, education and research complex, I know firsthand how important the humanities are, especially now. In times of great sorrow, I have always looked to the beauty and meaning of culture to ground me, to offer me hope and solace. That, I think is the intrinsic value of the humanities. It is hard to quantify.

Q: If you had to pick one, what is your favorite artist or exhibit within the Smithsonian’s many museums?

A: In a complex that holds about 155 million objects in its collections, that’s hard to do. I have several cherished items, but one of the most powerful is the tin wallet of Joseph Trammell, an African American who gained his freedom before the Civil War. To do so meant applying for your freedom paper. Because that was such a precarious position at a time when enslaved Black people far outweighed those who were free, he knew how important that paper would be to prove his free status. So, he built a little wallet out of tin to keep his freedom paper dry. We discovered that tin wallet as we were seeking out collections for the National Museum of African American History and Culture. The fact that his family had held onto it for five generations showed how important that artifact was.

Q: When did you know a career in museum curation was for you?

A: I really thought I was destined for a career in academia. But the Smithsonian secretary at the time, S. Dillon Ripley, offered me a job at the National Air and Space Museum, even though I didn’t know much about the museum world, and I was wearing jeans and my Army officer jacket with a “Sgt. Pepper’s Lonely Hearts Club Band” patch on the sleeve. Once I started, I knew I had chosen correctly, and not just because the pay was better.

Q: During your career, who has inspired you?

A: So many, but one person who particularly inspired me was Mamie Till Mobley, Emmett Till’s mother. I got to know Mrs. Mobley when I got her blessing to create an exhibit in the African American museum dedicated to her son’s story. She told me she expected our museum to carry the burden of history and the weight of memory, no matter how painful. It was incredibly moving, coming from someone who had endured the worst tragedy imaginable in losing her own child but had used that event to teach us about what racism looks like. By entrusting us with her son’s memory, she gave the museum one of its most powerful tools: the strength to learn, heal and grow together.

Soon after NMAAHC opened, I witnessed a powerful exchange between parents of different races who had just met at Emmett Till’s casket. These parents, though complete strangers, were working together to help their children understand the story and the meaning of the death of Emmett Till. That is what the humanities can do.

Q: What was the best advice you’ve ever received, and from whom?

A: My father used to tell me that no one has a monopoly on wisdom. That philosophy has served me well in my career and in my life. Being willing to listen to others and to realize you don’t have all the answers is how I approach leadership, and it’s always been effective for me.

Q: What does earning the Doctor of Humane Letters from ASU mean to you?

A: It’s a tremendous honor, especially coming from the university ranked first in innovation. I like to think that even during the Smithsonian’s 175th-anniversary year, we are proving our own adeptness at developing new, dynamic, technology-driven exhibitions, programming and educational tools.

Q: How can, and why should, 2022 graduates incorporate the humanities into their careers?

A: To learn. To broaden their horizons. To be better citizens and better people. Learning is a key part of growing, and exploring what it means to be human is always its own reward, irrespective of any career benefits to being a more well-rounded person.

From her appointment as a law clerk for Justice Sandra Day O’Connor, to serving as a high school teacher in both Phoenix and Selma, Alabama, Justice Ruth V. McGregor’s distinguished service as the Arizona Supreme Court chief justice is respected nationwide as a model for state high-court judges.

McGregor, who grew up in rural Iowa, started her education in a one-room schoolhouse, but it wasn’t long after that she became No. 1 in her graduating class of both graduate and law school. After earning her bachelor's degree in 1964 and master's degree in 1965 with numerous honors from the University of Iowa, McGregor taught high school speech and English in Phoenix and, later, in Selma.

After seeing the Alabama school system transition from a segregated to an integrated system, she decided to study law at ASU. At that time, the college of law did not yet bear Justice O’Connor’s name, but McGregor said it was an utmost honor to be one of the only female clerks for Justice O’Connor during law school.

McGregor’s classmates and colleagues would argue that she herself is quite extraordinary, even if she herself admits that she was pleasantly surprised by the honorary degree to be bestowed upon her from ASU.

“I'm really honored. I think I reacted probably the way a lot of people do this with a kind of an imposter syndrome,” McGregor said. “I even asked myself, ‘Are they really sure they want to give me this honorary degree?’ Then you look at the list of people who have gotten them before and you go, ‘Oh, man.’ So it's really exciting and really meaningful because it comes from ASU. I'm just  thrilled.”

Before her appointment to the Arizona Supreme Court, McGregor practiced at Fennemore Craig, a law firm in Phoenix. Her legal practice included civil trial, administrative and appellate work, and an eventual specialty in the area of employment law. One of the few female attorneys in the country, McGregor took on many cases involving human resources issues, including sexual harassment, gender and religious discriminaiton, which were all newer legal risks for many employers at the time. She personally experienced gender discrimination simply for being a female in law, but to her firm’s credit, McGregor said it was also the first time that the large Phoenix law firms decided to hire women right out of law school, and she was fully supported.

“Oh, they would try to undermine us,” she said. “We were asked to copy papers or get copies or whatever, because it was always seen that we were part of the secretarial staff.”

But she also recounts another story of a case in which one of the senior partners had backed her fully. They were walking into a room for a meeting with one of the firm's largest clients, and he told them, “This is Ruth McGregor. She's a lawyer with our firm, and she's going to be your lawyer. And you are lucky to have her.”

As an Arizona Supreme Court justice, McGregor’s work to improve the state legal system has been recognized around the country. She has dedicated herself to improving conditions for the judiciary, promoting legal and judicial education, and preserving access to justice for all people in Arizona and nationally.

The Arizona Women Lawyers Association established the Ruth V. McGregor Award to honor annually an individual who supports the advancement of women in the legal profession, and the first award was presented in 2015.

This award in particular is one she doesn’t take lightly.

“Each generation helps the next one, both by breaking barriers and by mentoring and giving advice and helping up the ladder. It does become easier as the numbers become larger,” she said. “But when I started, there were so few women practicing law or on the bench that it was hard to find mentors as they were under a lot of stress and pressure themselves.”

McGregor also knows how fortunate she was that one of her mentors was Justice O’Connor, who she says taught her one of her best lessons about how to get things done.

“And that was to learn as much as you could about the situation, assemble the facts as best you could, then make the best decision you could and move on. You know — don't look back, don't keep rethinking whether you should have done something differently, just be the best prepared you can be at the outset. And then once you make the decision, you're free. Move ahead and put it behind you. I think that's a really good approach to life generally,” she said.

McGregor said she realizes that this approach also means making the original decision as thoughtfully as possible, but once it’s made she said, “You did the best you could, and there's no point in rethinking it because you can't do any better than your best.”

For details on all 2022 ASU ceremonies, including how to RSVP, visit graduation.asu.edu.