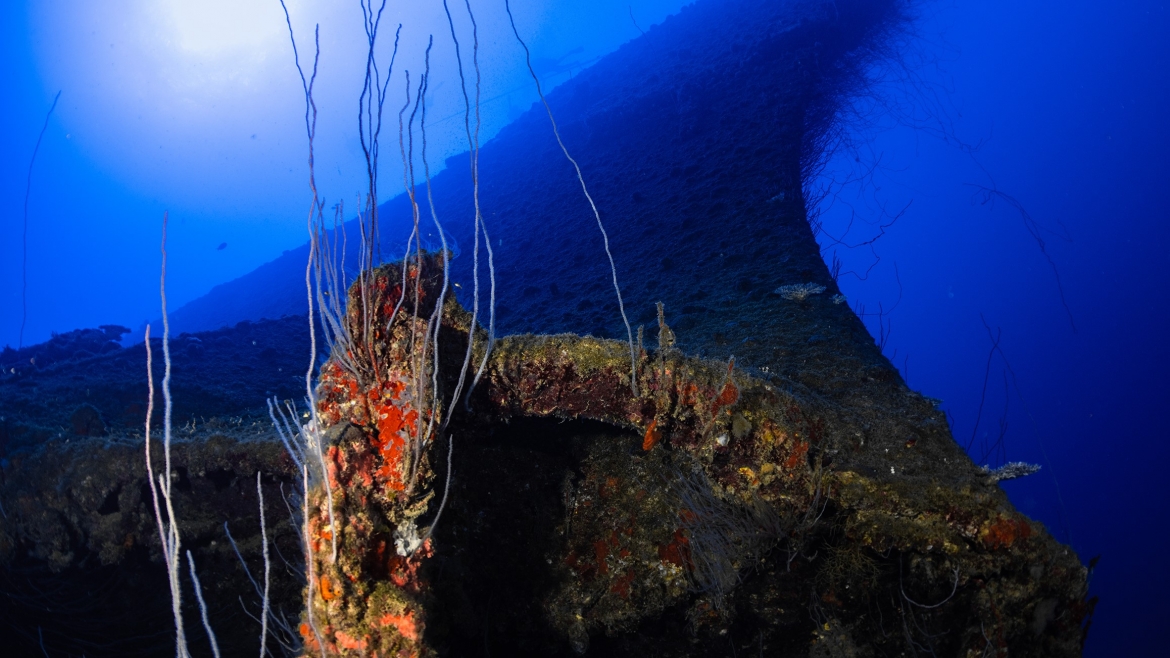 An hour and a half before sunrise on the morning of Feb. 17, 1944, 500 U.S. Navy Grumman Hellcats swarmed the Japanese base at Chuuk Lagoon in Micronesia, the South Pacific.

Merchant tankers, ammunition ships, a cruiser, an auxiliary cruiser, two destroyers and a minesweeper tried desperately to escape. American submarines destroyed vessels outside the lagoon while torpedo bomber and dive bomber squadrons caught ships at anchor, sending them to the bottom in minutes. By the end of the next day, 39 ships of the Imperial Japanese Navy lay in watery graves.

Today the collection of wrecks has been called one of the great underwater marvels of the world. It’s a signature destination for divers.

And now they may be coming as much for the coral reefs that have formed on the wrecks as the ships themselves. Half the world’s coral reefs have been lost since the 1950s due to climate change, overfishing and pollution.

A new study led by Arizona State University ecologist Greg Asner suggests that very large wrecks can serve as havens for reef-building corals, which are as diverse as corals found on neighboring natural reefs. Large artificial reefs could protect coral biodiversity from warming surface waters. The study was published Wednesday in the journal Diversity.

Asner, the director of ASU's Center for Global Discovery and Conservation Science, and his team conducted their study at Chuuk Lagoon and Bikini Atoll in the Marshall Islands, where the U.S. tested 23 nuclear bombs between 1946 and 1958.

Asner has surveyed and dived all of the major coral reefs in the world, often many times over. He directs the world's largest coral reef mapping program, called the Allen Coral Atlas. He had already surveyed natural coral reefs in the Marshall Islands and Micronesia, extremely diverse in corals.

“Amazing places,” Asner said. “So, when I got the funding to assess whether or not deep sunken ships could add to the coral diversity of a region, I thought, ‘This is pretty far out there and could be a total flop.’”

At Bikini Atoll, the aircraft carrier USS Saratoga was sunk in 1946. (The government was curious what an atomic bomb would do to a fleet.) On the first dive in the lagoon, as the team descended to the flight deck of the Saratoga, Asner thought of all the work that had made the expedition possible.

“My thought was, ‘This is an important moment in a multi-year plan, fundraising and epic trip to get to this remote place where atomic bombs had been tested.’” It's more than 5,300 miles from Tempe, Arizona, to Bikini Atoll.

When the flight deck came into view, he saw a vast expanse of steel, big gun turrets, the superstructure of the aircraft carrier.

“After 30 to 45 minutes on the bottom and another three hours of decompression going up, we got back to the ship, started downloading the files to make rough estimates, and only then did it dawn on us that we were going to have some major results. And on and on it went, from ship to ship across Bikini Atoll ... and then again on a monthlong trip in Chuuk Lagoon.” 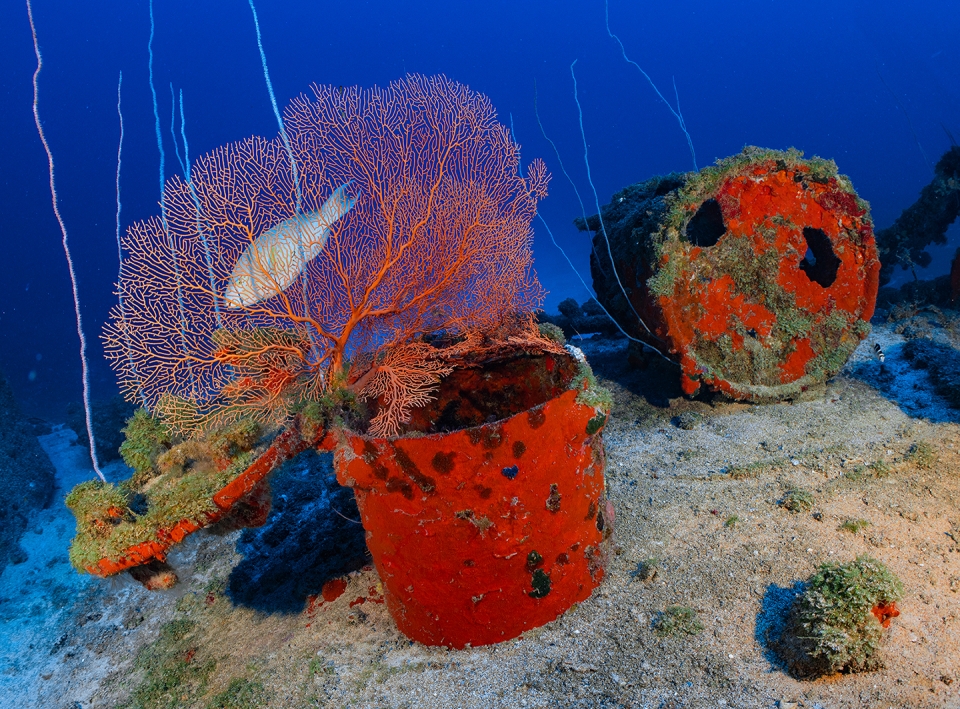 Asner and his team identified 34 groups of coral species at Bikini and 51 groups at Chuuk.

The length of the ship — not the depth of the water it lay in — appeared to correlate with how abundant and rich the coral was.

The study noted an important characteristic of these artificial reefs is that they lie at depths that have so far escaped the typical depth of marine heat waves, the main driver of coral mortality across the globe. 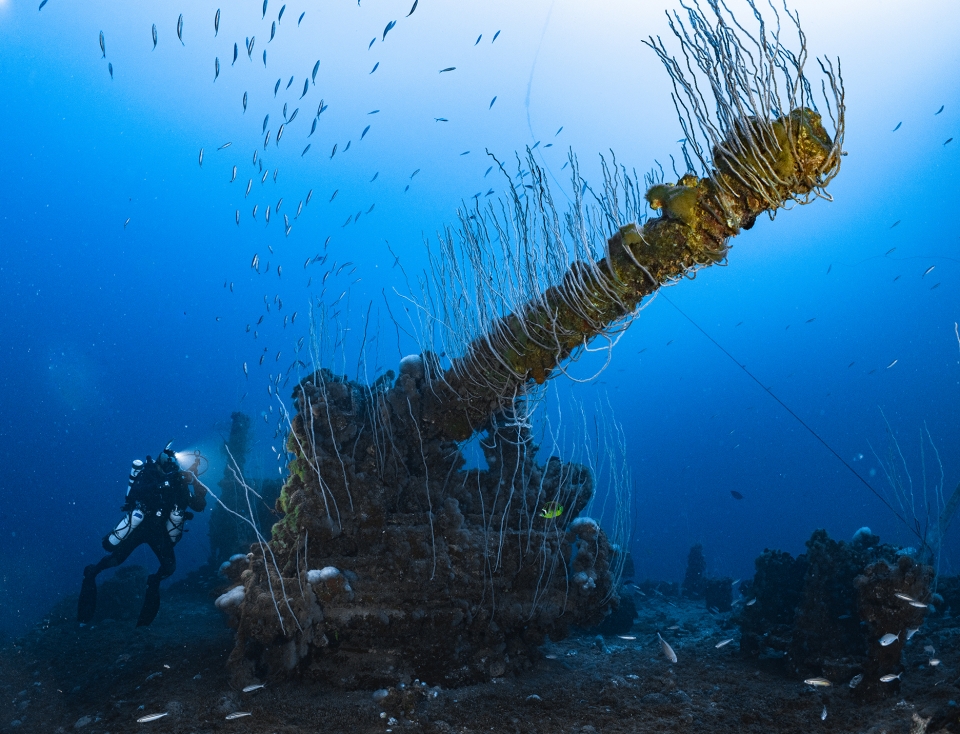 "As the world's oceans continue to undergo rapid climate change, we need to understand every possible way that corals might survive,” Asner said. “Extremely large artificial reefs may provide some assistance in an otherwise bleak future for corals in their natural environment.

"Despite all the effort put forward by my team and I on these epic deep shipwrecks, we still do not yet know the full potential of artificial reefs to assist in the fight to save corals from ongoing severe ocean climate change,” he added. “We need many more dives on shipwrecks around the world in order to develop a true biological geography of artificial reefs." 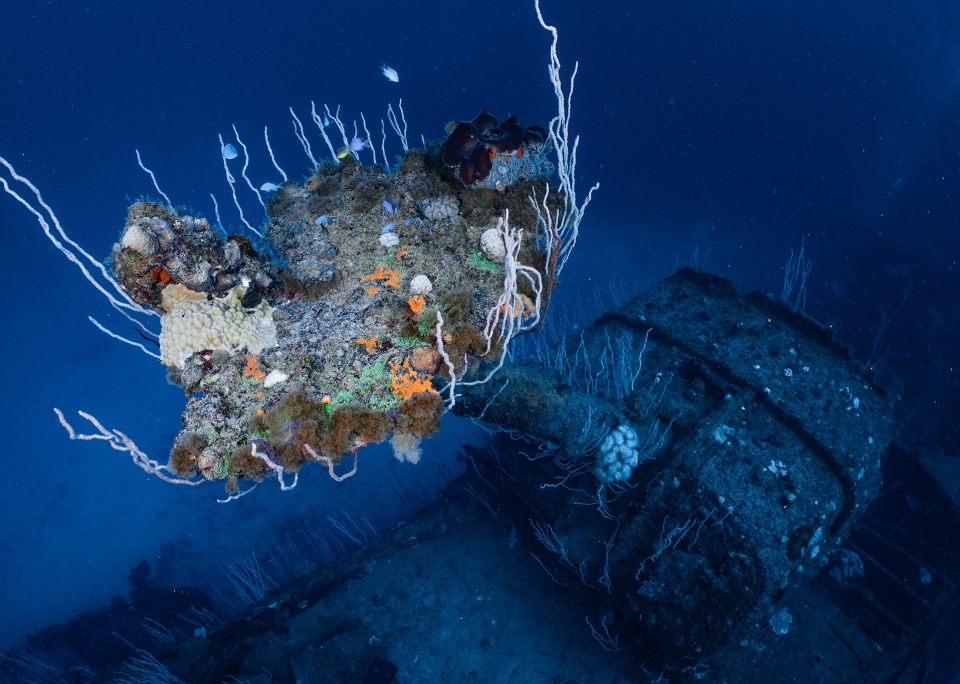 Where would ships worthy of sinking be found? The study reported that the National Defense Research Institute has identified more than 350 current U.S. Navy and Maritime Administration ships that would require government-funded disposal in the next 20 years. Converting the vessels into artificial reefs would be the cheapest approach.

The Hawaii Institute of Marine Biology, University of Hawaii, also contributed to the study. 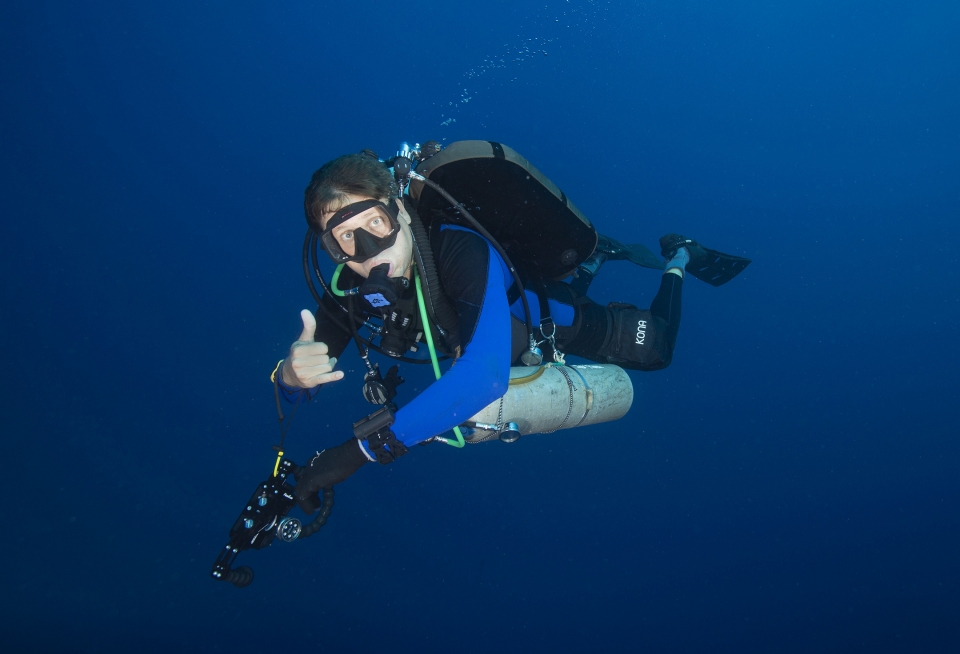 The Sun Devil women's basketball team travels to the state of Washington for the first time since January 2020 to take on Washington State (Friday at 7 p.m. PST/8 p.m. MST) and Washington (Sunday at 12 p.m. PST/1 p.m. MST). ... The Sun Devil women's basketball team travels to the state of Washington for the first time since January 2020 to take on Washington State (Friday at 7 p.m. PST/8 p.m. MST) and Washington (Sunday at 12 p.m. PST/1 p.m. MST).