This spring, Arizona State University theater students will have the opportunity to work with professional directors on two major theater productions.

“Our two guest directors are highly capable professionals who bring their own understanding of the world of each play to our students,” said William Partlan, associate professor and artistic director for theater in the School of Music, Dance and Theatre. “Each of these plays has its own poetry: the iambic pentameter of Shakespeare’s comedy and the haunting poetic imagery of a hardscrabble family life, each experienced through the gaze of Latinx playwrights.” 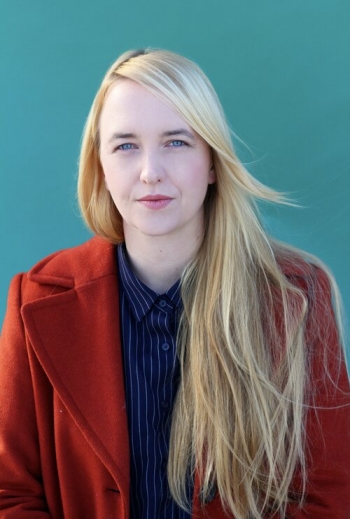 Guest director Meghan Finn will direct "the living'life of the daughter mira" at ASU this spring. Download Full Image

Ricky Araiza will direct “La Comedia of Errors,” a bilingual adaptation of Shakespeare’s “Comedy of Errors,” by Lydia Garcia and Bill Rauch. An Arizona native, Araiza received a bachelor's degree in theater from ASU in 2004 and a master's degree in theater for youth and communities in 2017. He works for Childsplay and is also the artistic director of Teatro Bravo! in Tempe. He has guest-directed at ASU in the past and said he is looking forward to the opportunity to work with ASU students and faculty again.

“ASU is my home away from home,” Araiza said. “As someone who is local, I love the opportunity to cultivate new talent and to create lasting partnerships.”

Araiza spent a year with Dell’Arte International and looks forward to bringing his experience in physical ensemble-based theater to the production.

“It's going to be lovely to bring this kind of foundational movement work to students who may not have that experience,” Araiza said. “It makes me excited to use that heightened physical style in this project.”

Meghan Finn will direct the final mainstage theater production of the season: “the living’life of the daughter mira” by Matthew Paul Olmos. Partlan calls the play “tough and movingly tender.” It tells the story of a newborn baby girl and the struggles her family faces with her arrival through an adult manifestation of herself.

Finn is the artistic director of The Tank in New York City. She received a bachelor’s degree in theater from The University of Southern California and an MFA in directing from Brooklyn College. Her extensive directorial work has been seen at The Logan Center for the Arts in Chicago, Museo Jumex Mexico City, Carnegie Mellon, Brooklyn College, MIT, NYU and other venues.

This will be the first full production of “the living’life of the daughter mira.” Finn said she is excited to help bring this work to the stage.

“I worked with Matt (Olmos) on this play in a couple of developmental workshops in previous years,” Finn said. “When he reached out about directing at ASU, I told him that I’d love to do it.”

“La Comedia of Errors” runs Feb. 18 through Feb. 27 in the Galvin Playhouse. “the living’life of the daughter mira” runs March 25 through April 3 in the Lyceum Theatre. Tickets are available for purchase online three weeks in advance through the Herberger Institute box office. No ticket sales will be available at the door.

A sweep on Saturday would push the Sun Devils to 3-0 for the third time in the last four seasons. ... A sweep on Saturday would push the Sun Devils to 3-0 for the third time in the last four seasons.