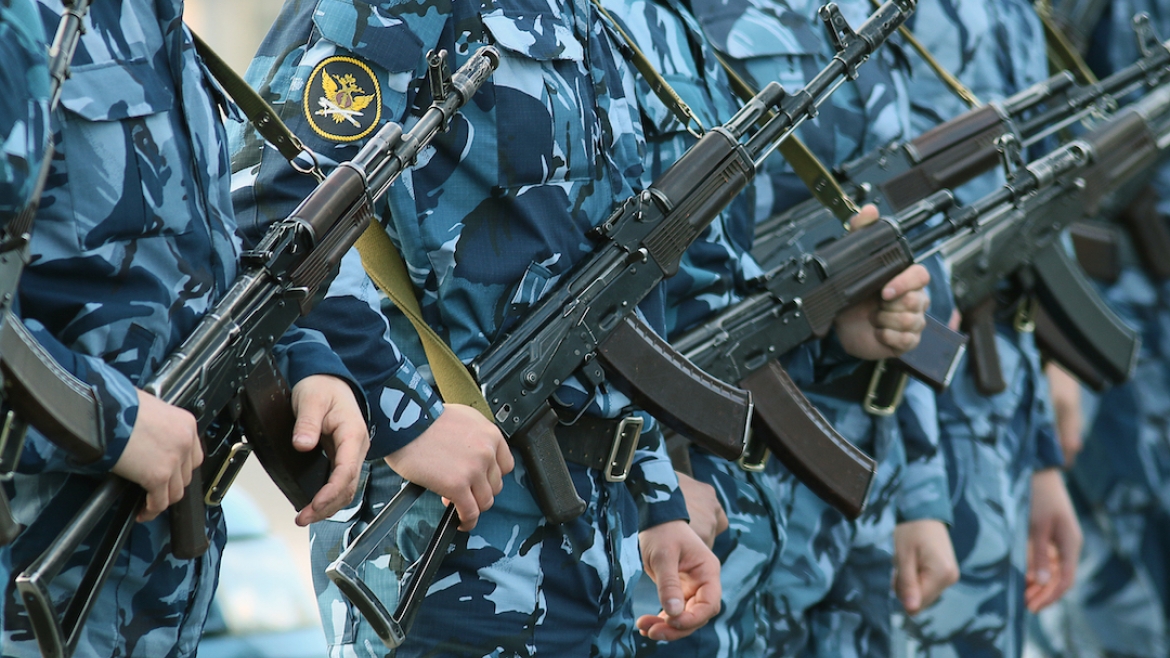 Russian-Ukraine tensions could escalate in 2022

While the world will be celebrating and ushering in the new year in a couple of weeks, Ukraine could be bracing for an invasion in 2022.

Russian troops, landing vessels and tanks have been massing on the border for a few weeks, waiting for the go-ahead from Russian President Vladimir Putin on whether to invade its ex-Soviet neighbor.

Tensions between the two countries have often surfaced since Ukraine declared independence from the Soviet Union in August 1991. Russia’s last military incursions in 2014 solidified Ukrainian public opinion to favor closer ties to the West, including a goal of membership in NATO. Putin frames that as a threat to Russia and seems poised to escalate again.

ASU News asked Keith Brown, director of Arizona State University’s Melikian Center, to break down for readers the two countries’ complicated past and why it has led to a showdown three decades later.

Question: Can you share a brief history on the tensions between Russia and Ukraine?

Answer: Ukraine declared its independence in the immediate aftermath of the failed coup attempt in Russia in August 1991. The move was supported by a majority of the republic’s citizens, but it’s important to note that most Ukrainians anticipated maintaining good relations with Russia. Ukraine voluntarily relinquished its nuclear arsenal, having received security guarantees from Russia, the United States and the U.K. And in the early years of independence, historical ties and transport routes combined to make Russia a primary destination for Ukraine’s grain exports. As well as Russian and Ukrainian, a language that mixes the two, known as surzhyk, is widely used.

The introduction of multi-party democracy has provided Ukrainian citizens the opportunity to voice their different visions of the future. As in other democracies, this increased polarization, especially between “pro-Western” and “pro-Russian” politicians. Ukrainian voters consistently mobilized against politicians’ corruption or broken promises.  It was outrage on both counts against pro-Russian President Viktor Yanukovych that sparked the Euromaidan revolution in November 2013. That — and the Russian aggression in Crimea and the Donbass region that followed — marked a decisive shift in Ukrainian public opinion, as citizens faced up to what Ukrainian (Defense) Minister Oleksii Reznikov calls the “stunning reality” of attack from “Brother Russia.” The illegal Russian military occupation is now in its eighth year, and the effect has been to strengthen Ukrainian nationalist sentiments.

Q: By all appearances, there's a strong possibility Russia is going to invade Ukraine in the new year. What do you believe the reasons are?

A: Ukrainian and U.S. intelligence agencies are certainly predicting preparedness, based on troop concentration patterns, as well as “framing shifts” that reveal Russia is already engaged in intensifying a media offensive, as it did before the 2014 invasion of Crimea. Discerning President Putin’s motivation to launch a conventional war is harder — especially if we take seriously the assessments of Kremlin-watchers like Mark Galeotti, who sees Putin not as a strategic chess player, but opportunistic judoka (one who practices judo).

What could be gained for Russia? Geopolitics is complex and interconnected, but is often grounded in economics. Russia relies for revenue on gas exports to Europe. At present, those gas exports pass either through Belarus or Ukraine or through Nord Stream 1, a pipeline through the Baltic Sea. A second pipeline, Nord Stream 2, will dramatically increase Russia’s direct export capacity to Germany, bypassing Belarus and Ukraine. This will decrease both countries’ revenues from transit fees, as well as diminishing any possible leverage they have in negotiations with Russia. Nord Stream 2 is physically complete, but financial and legal regulations must still be addressed.

This is one game-changing factor. Internal and international frictions generated by Belarus President Lukashenko; the Ukraine-Russia standoff over further negotiations to end the present “frozen conflict,” on the basis of the Minsk Agreement; and Ukrainian efforts to classify Nord Stream 2 as a dangerous political weapon, all serve to raise the stakes further. And that leaves out the kind of apocalyptic interconnection envisaged in the novel “2034,” where U.S. adversaries China and Russia take advantage of any divided attention to pursue their own interests. While Russian troops mass on the Ukrainian border, China’s preparations to attack Taiwan also continue.

Q: President Joe Biden said that he will impose economic sanctions on Russia if it does invade Ukraine. Will that be enough?

A: During the Trump presidency, there was striking bipartisan support for escalating sanctions against Russia. The DASKA Act (Defending American Security from Kremlin Aggression), introduced by Sen. Lindsey Graham, ... made it through committee, but died with the change in the Senate. The act included specific and unequivocal language guaranteeing U.S. support for the full restoration of Ukrainian sovereignty. Revived and revised, its very existence could serve as deterrent against further aggression. Russia’s occupation of Crimea and presence in Donbass, though, is concrete evidence that sanctions alone have not compelled Russia’s withdrawal to its own frontier.

A: Across Central and East Europe, the United States has consistently advocated for the positive impact of NATO membership for national security, and European Union accession for economic and political stability. This policy — supporting mutual support among democratic sovereign nations, as the best collective defense of individual human rights — has been maintained even when the White House has sent mixed signals. In June 2021, the U.S. and its NATO allies reaffirmed commitment to welcoming Ukraine as a member.

Q: If the invasion happens and Russia is successful, what does that mean for the United States and the rest of the world?

A: If the criterion for “success” is a military victory over Ukraine’s armed forces, followed by the extension of Kremlin control over the whole country, historians might anticipate an impact for the international community like that of Italy’s attack on Abyssinia in the 1930s. The League of Nations — to which both countries belonged — imposed sanctions, but was effectively killed by this violation of the principles for which it stood. The credibility and effectiveness of the United Nations has been under siege for some time — especially as permanent members of the Security Council have weaponized their veto power to act as old-style great powers. Russia’s threat to Ukraine is concerning in its own right: Viewed in combination with China’s escalatory shows of force near Taiwan, it portends that a radically transformed international order is closer than most Americans realize.

Editor's note: This story is part of a series of profiles of notable fall 2021 graduates.Parker Cohensitt became the first-ever graduate from the Interplanetary Initiative’s Bachelor of Science in technological leadership degree this week.The native Arizonan was drawn to Arizona State University because of his interest in space exploration. Cohensitt enrolled in the brand-new technological ...

Parker Cohensitt became the first-ever graduate from the Interplanetary Initiative’s Bachelor of Science in technological leadership degree this week.

The native Arizonan was drawn to Arizona State University because of his interest in space exploration. Cohensitt enrolled in the brand-new technological leadership program when he was a junior, and through the program, he found that there was a different way of learning.

“The classes are a lot smaller, it feels a lot more personal, and in a way you kind of get to choose what you want to learn. That’s something I’ve really valued and appreciated. It’s made me feel a lot more passionate about being curious and asking questions,” he said.

“A lot of students define tech leadership differently but the way I define it is that it’s a lot more inquiry-based rather than going to the typical lecture hall with 300 students and you go and take notes and then leave.

Cohensitt’s parents appreciate how well the degree prepared him for the workforce.

“It was an integrated major and he really came out of his shell with this. It was amazing to watch him grow and gain the confidence he needed to be able to now go out into the world and work,” said his mom, Rhona Cohensitt.

As he looks forward to a successful career in the aerospace sector, Cohensitt has no doubt that Arizona State and Tech Leadership were the right choices to prepare him to be a lifelong learner.

“I really appreciate the diversity and the resources, just how big of a scale ASU really is. I’ve just been really grateful for the experience.” he said. “Not only is the stuff that I’ve learned good for finding a career, it’s also just good life skills which are very valuable and something I don’t normally learn in classrooms. Tech leadership doesn’t just prepare you for a career, it prepares you for life.”