U.S. Army veteran John Wynkoop had two separate but related experiences that set him on his path toward changing the future of health. 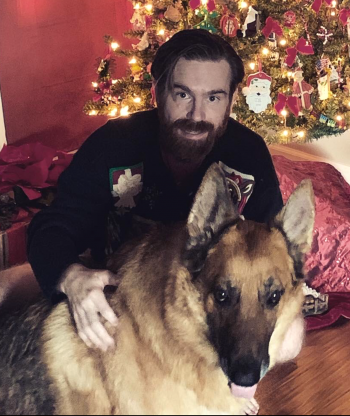 John Wynkoop says he was drawn both to ASU's kinesiology program and the university's rapport with the veteran community. Download Full Image

His first was as an active-duty service member, when he met a couple of physical therapists who worked with him and other soldiers.

“They made a lasting impression and showed me there is more than just a practitioner-patient relationship when it comes to the health care system,” Wynkoop said. “It’s really about forming a connection based on relatability and compassion.”

His second was as a military veteran and was far less positive.

“I have had very poor experiences dealing with the Veterans Administration health care services, and I want to find ways to improve it for others. I would love to give back to the veteran population and ensure they are getting the treatment they deserve,” he said.

Those polar-opposite experiences with health care and a move to Mesa to help out his mom led him to Arizona State University.

“After I got out of the Army, I researched which degrees would set me up for success to pursue a physical therapy program, and I found kinesiology,” he said. “The other reason I chose ASU was its rapport with the veteran community due to the lasting legacy of Pat Tillman.”

As an ASU student, Wynkoop has taken advantage of every opportunity to help realize his goal of becoming a physical therapist who would make a difference. He was a teaching assistant, worked as many clinical hours as he could, maintained a 4.0 grade-point average and still found time to volunteer for Mikey’s League, a local nonprofit that provides sports programming for people of all ages, regardless of their abilities or limitations.

“Sports is a way for individuals to experience triumph, which can ensure they’re successful throughout life no matter what obstacles they may face. And Mikey’s League helps break down stereotypes and assumptions about people who have different abilities,” he said. “Being able to volunteer with this organization has taught me how to communicate and teach in multiple ways to ensure success, which I think will be valuable when I become a physical therapist.”

And that’s what changing health care is all about — communication and compassion, he said.

“When approaching health and impacting others, you have to have an open mind and place yourself in other people’s shoes to see how they view health and approach it that way. I think people fall into a trap of thinking that just because they are active or healthy, it should be easy for others to do the same exact thing, and that is simply not true,” Wynkoop said.

Wynkoop graduates this December with a Bachelor of Science in kinesiology. Learn more about his experience at ASU and his plans for the future:

Answer: Kristin Hoffner (College of Health Solutions principal lecturer in kinesiology) taught me the most important lesson while at ASU: No matter how old you are, everyone has life experiences to share and shouldn’t be discredited.

A: Don’t let adversity define you as an individual. If you fail at something, don’t let that define you. Learn from your failure and come back stronger and ensure it does not happen again.

A: My favorite spot to study, especially during the fall months, was sitting outside of Health North at the Downtown Phoenix campus and enjoying the weather.

A: Unfortunately I do not think there is enough money in the world that can change an individual’s mindset away from hate and ignorance and more toward love and respect.

Engineering grad Matthew Dobson is aiming for the stars

Editor's note: This story is part of a series of profiles of notable fall 2021 graduates.Matthew Dobson is taking his electrical engineering degree and aiming for the stars, quite literally. Dobson, an online transfer student from Red Rocks Community College, has used his resources to create a stellar educational experience for himself. In the classroom, Dobson proved to be a star by maintain...

Engineering grad Matthew Dobson is aiming for the stars

Matthew Dobson is taking his electrical engineering degree and aiming for the stars, quite literally.

Dobson, an online transfer student from Red Rocks Community College, has used his resources to create a stellar educational experience for himself. 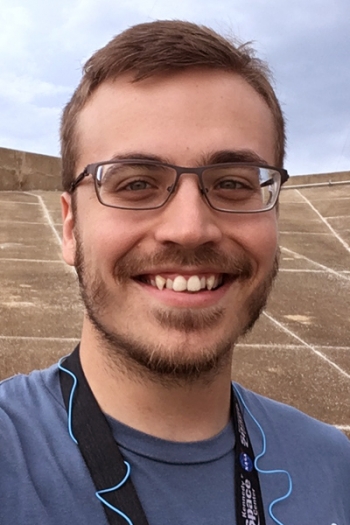 In the classroom, Dobson proved to be a star by maintaining a 3.8 GPA. Outside of the classroom, his internships and extracurricular research activities helped him shine.

As a National Science Foundation SenSIP Undergraduate Research Grantee, Dobson’s research helped significantly improve the understanding and implementation of the future quantum computer program in the School of Electrical, Computer and Energy Engineering, one of the seven schools in the Ira A. Fulton Schools of Engineering at Arizona State University. His work resulted in a co-authorship publication in a research journal and participation at professional conferences.

While working in the SenSIP lab, he also helped advise the next generation of student researchers, passing along his knowledge and helping build a community for similar projects.

During his time at ASU, Dobson was able to work with researchers from all different backgrounds. Electrical engineering doctoral student Glen Uehara was one of those researchers and had a profound effect on Dobson.

“He helped me grow as a researcher and introduced me to opportunities at ASU that I otherwise wouldn’t have known about,” he says.

Dobson’s educational journey took him outside the university with prestigious internships at SpaceX and NASA that spanned four semesters. Not only did these internships provide him with exceptional learning opportunities, but they also allowed him to be a part of history.

“Each time there will be a launch from SpaceX’s Pad 39A (at the Kennedy Space Center Launch Complex in Florida), I know that I have software and hardware supporting that launch on the pad,” Dobson says. “And when NASA sends astronauts back to the moon with the Artemis program, I can say that I was there helping build up the systems that support that launch.”

Drawing from his rich academic experience and inspiration from Uehara, Dobson shares his experiences as a mentor to students currently attending his former community college.

With a bright future ahead, Dobson plans to continue his work in the aerospace industry. He hopes to one day become involved with programs that help establish a larger-scale, long-term presence in low-Earth orbit and eventually the moon and Mars.

His post-career plans are a little more down to Earth and include returning to academia as a faculty member at a smaller community college to help give back to the community that has done so much for him.