Eliana Vanesa Gomez Rodriguez is no stranger to hardships. She grew up as an only child in Colombia with her widowed mother. Her father died when she was really young — leaving her mother to care for Rodriguez on her own by cleaning houses to earn a living. 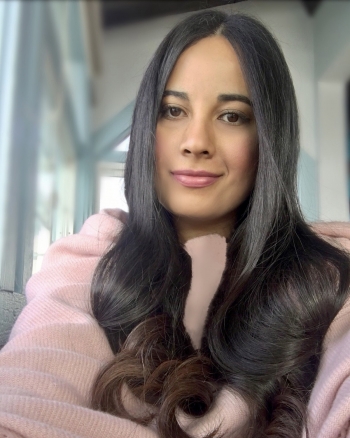 Rodriguez recalls a time when she was just four years old, “I noticed a homeless person right outside of my home. He had a dirty face, and I instantly went inside, grabbed a paper towel, and washed his face for him. I have always had the instinct in me to help others”

Following that passion is what led her to study family and human development. While at Scottsdale Community College, she was very involved in the honor’s society. She was recognized for her hard work by earning the All Arizona Academic Team Scholarship — a full-tuition scholarship to attend Arizona State University.

She has plans to continue getting research experience so she can enter a PhD program and eventually become a professor. She hopes to be a role model for other underrepresented students and says, “If I can do it, so can you!”

Answer: When I realized I love helping people feel better. I have found great joy in this pursuit.

A: I learned about the importance of being more open, sharing more about my true self. This enabled me to connect with others meaningfully.

A: Because it offered the academic program I was interested in.

A: Manuela Jimenez Herrera, who has taught me the value of emotional support, while pursuing an academic goal. She is very approachable and loves listening to her students, while acknowledging the importance of mental health in order to learn more effectively.

A: To always keep a mental picture of who you want to become in the future. This will empower you to overcome adversity.

A: The greenery that surrounds the Cowden Family Resources department (in Tempe).

A: I will be pursuing a PhD in counseling psychology.

A: I would financially assist impoverished women in order to attain a higher education. In this way, the cycle of poverty could be mitigated.

Expressions of empathy can be healing not only between two people but also between groups.A new research study by an Arizona State University criminology professor finds that empathy is rarely expressed by criminal justice officials in the aftermath of police killings of unarmed African Americans, potentially missing an opportunity to ease tensions.The study, released Nov. 26 in the Journal of Lan... 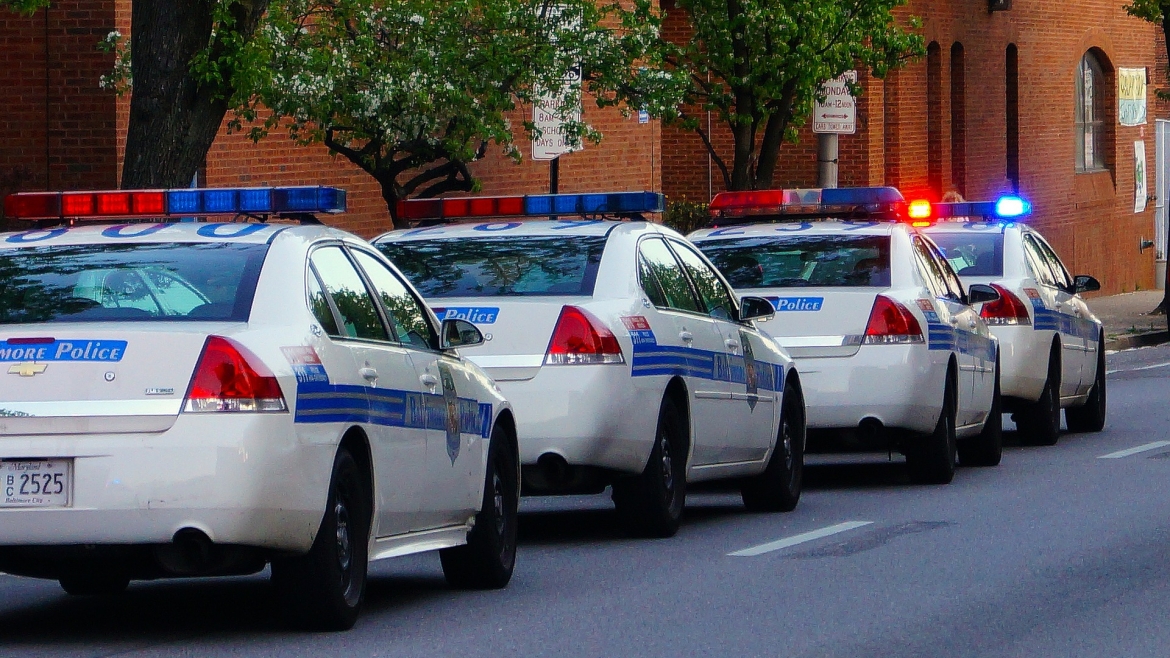 Expressions of empathy can be healing not only between two people but also between groups.

A new research study by an Arizona State University criminology professor finds that empathy is rarely expressed by criminal justice officials in the aftermath of police killings of unarmed African Americans, potentially missing an opportunity to ease tensions.

The study, released Nov. 26 in the Journal of Language and Social Psychology, analyzed 30 police-killing cases in 2020. One of the cases was the death of Dion Johnson on May 25, 2020, an unarmed Black man who was shot by an Arizona Department of Public Safety trooper on the side of Loop 101 in Phoenix.

Edward Maguire, a professor of criminology and criminal justice at ASU, co-authored the study with Howard Giles, a professor of communication at the University of California, Santa Barbara, with research help by several undergraduate students in the School of Criminology and Criminal Justice at ASU. The project was one of the first done by the year-old Public Safety Innovation Lab, which Maguire directs. In the lab, students work on research projects as volunteers, as part of the honors program or as course credit. 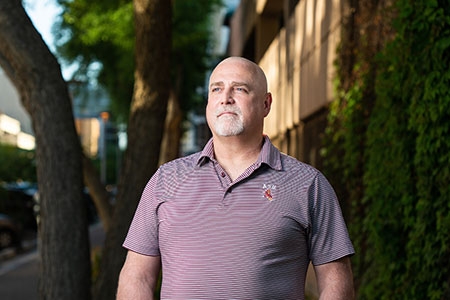 Edward Maguire, professor of criminology and criminal justice at ASU, worked with undergraduate students in the research project.

The heightened awareness of police killings of unarmed African Americans prompted the project, Maguire said, especially after he saw a press conference by the district attorney in the George Floyd case.

“One of the things that struck me was that the district attorney really needed to have a speech writer and a team who should have told him that everything he said, and how he said it, was an awful idea,” he said.

“He spoke heartlessly and without empathy in a way that was guaranteed to promote civil disorder, which is what happened.”

“The goal was to try to understand at a deeper level this issue of not expressing empathy,” he said.

“We were particularly interested in two targets of empathy. One is toward the deceased and his or her loved ones. And the other is toward the community more widely, the African American community or more generally.”

The analysis found that police chiefs and sheriffs were most likely to express empathy after a police killing, and public information officers were the least likely to do so.

Maguire answered some questions from ASU News about the study:

Question: Can you explain what you mean by empathy?

Answer: One of the things that made this possible was a blending of disciplines between criminology and communication. Howard Giles is the creator of a theory known as communication accommodation theory, which focuses on how we accommodate others in our attempts to communicate. The most common example is that when you talk to a baby or an elderly person, you adjust your pattern of speech and you speak to them differently.

One of the things that influenced how this paper took shape is when we do intergroup communication between the police and public, we can be accommodating. Empathy is a form of accommodation, helping people know we understand what they’re going through, and we’re aware of the emotions they experience. We can accommodate our community to take into account what they’re experiencing.

Q: What did you find in your analysis?

A: What we found was that often there’s no statement at all. Nobody is saying anything.

In the aftermath of these incidents, there is no statement. That was the biggest surprise.

The other finding, as we would have expected, was that even when there was a statement, it often doesn’t contain any trace of empathy.

Q: Were there differences among the different types of officials?

A: One of the most noteworthy differences were the police spokespeople. These are the official people whose job it is to interact with the press and issue media releases. They were least likely to express any form of empathy. The press conferences were very factual — “Mr. Jones was killed during an interaction with police.” It sounds very wooden and unempathetic.

Q: Why do you think that expressions of empathy are nearly absent?

A: There’s a component of protecting themselves. One of the dynamics, particularly for police chiefs, is that there are different dynamics going on for different groups.

I think (public information officers) typically have a fairly low rank within the organization, and I think they’re afraid to wander far from the facts.

For prosecutors, there are some concerns about speaking about a case and potentially tainting a jury pool.

Police union leaders are the folks whose entire job is protecting the police, and maybe the occupation we would least expect to express empathy.

Q: Did you find any noteworthy expressions of empathy?

A: We found some. One of the people who expressed empathy most clearly was Art Acevedo, the Houston police chief who then went on to become the Miami police chief and was just fired.

In my opinion, Miami has its issues, and I think he was fired because of those issues. I think he’s one of the most dynamic, thoughtful police leaders in the country and someone who engages deeply with police reform.

The person who was killed in Houston was Adrian Medearis, who was very active in his church community. For whatever reason, Mr. Medearis, when pulled over by Houston police officers, made the decision to fight with the officers and it ended up with the police killing him.

One of the controversial issues when you have body-camera footage of somebody’s death is whether to release it to the public. There are two sides to that equation. The side we hear about is the need for the police to be transparent and for the community to see what happened.

Chief Acevedo made a countervailing argument that the Medearis family did not want to see, when they go online, their loved one being killed for the rest of their lives, the awful final moment of his life being out there in perpetuity.

It was interesting to see his attempts to weigh the various viewpoints on how to handle this issue. Empathy for the family became one of the primary motivators for how he chose to handle the incident.

Q: Why would expressions of empathy in these official statements be important?

A: For communities that have serious concerns about their relationship with police, I think what criminal justice officials say during these critical incidents can dramatically improve or worsen these relationships.

And so empathy is a tool of healing. We all know that in our personal lives

We have to express empathy to the people we love in order to heal and overcome conflict and reduce tension.

I think to the extent that we can teach police leaders how to employ empathy when appropriate as a way of reducing tension and conflict and even in some cases reducing violence, given what we’ve seen over the past year, it can go a long way toward improving relations and achieving beneficial outcomes.

Q: Is there any kind of empathy training for police officials?

A: Our next step is to take the findings from this and write it up for a periodical primarily read by police leaders. The goal from there would be to think about how to develop training to do this. Right now, it doesn’t exist.