ASU global security grad inspired to be an actor for change

After returning from a UN mission in the Central African Republic, Youssef Kchiere started looking for online programs in international security that would help him achieve his career transition goals. 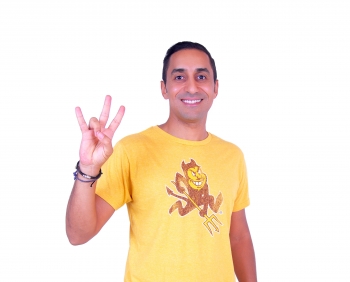 Kchiere found what he was looking for in the MA in global security (MAGS), an ASU Online program in Arizona State University’s School of Politics and Global Studies.

“I chose ASU MAGS because the curriculum had more of a global dimension than some others, which had a more pronounced U.S.-centric focus,” Kchiere said. “Moreover, I was impressed by the faculty … I was excited by the prospect of being able to learn about not only the theoretical concepts but also their practical applications.”

Currently an active-duty major in the Moroccan military, Kchiere graduated from the military academy with a degree in physical sciences and technology and then he specialized in field artillery.

Kchiere took part in two international deployments, the first with KFOR, the NATO mission to Kosovo, where he worked in a multinational battalion headquarters. The second mission was with the United Nations in the Central African Republic, where he worked as a military observer and later as special assistant to the deputy force commander.

“For most of my career, I worked in field locations and occupied operational positions,” Kchiere said. “My duties now involve providing pre-deployment training and other courses on peacekeeping operations at the Military Academy for NCOs and junior and senior officers.”

Coming from an academic system where English was not one of the main languages, Kchiere found that every aspect of the global security program presented new challenges.

“From the amount of readings assigned each week, to writing discussion board posts and essays, to speaking to professors and classmates during the office hours, every aspect of this program has pushed me to my limits,” Kchiere said.

He attributes much of his success to the support he has received throughout the program.

“Fortunately, everyone — the professors, other students, academic advisers and success coaches — were so patient, supportive and helpful that, with some hard work on my side, I was able to overcome these challenges, be successful and feel like a part of a team,” Kchiere said.

One professor had a particular influence on Kchiere since his very first course at ASU — "War, Conflict, and Security" – taught by Jeff Kubiak, professor of practice and co-director of the MA program. According to Kchiere, Kubiak’s enthusiasm was contagious. Kubiak motivated him, in his new educational environment, to put in the extra effort in his classes.

“Meeting Dr. Kubiak during that first course convinced me that no matter how hard the program might be, with effort and hard work I can make it,” Kchiere said. “And, with his help and inspiration, and that of the other wonderful faculty I have had the chance to work with, I am now looking forward to my graduation.”

One of Kchiere’s favorite aspects of the program were the office hours, which gave him the opportunity to connect with professors and other students, something that can be missed when you are not taking on-campus courses.

This is especially true with the MA in global security, where many of the students live not only in different parts of the U.S. but also in other countries.

“It was wonderful to meet people from around the globe who share the same interests and to be able to discuss a common subject,” Kchiere said. “It was interesting for me, as I am from a different background than most of the students, to challenge my ideas and inquire about their validity.”

The main goal of office hours, according to Kchiere, was to create a space to share knowledge from diverse perspectives, “where tolerance and acceptance of the others’ points of view is taught and practiced.”

As he approaches graduation this December, Kchiere reflected on why he first entered this program. He aspires to be an actor for change. He wants to be a part of solving conflicts and initiating peace. He wants to help refugees and develop programs to ensure access to basic human rights.

“After I graduate, my goal is to secure meaningful work with an organization engaged in such matters.”

Editor's note: This story is part of a series of profiles of notable fall 2021 graduates.In the pursuit to understand the role of law in human resources and the financial industry, Todd Transue had been looking for a program like the Master of Legal Studies (MLS) at the Sandra Day O’Connor College of Law at Arizona State University.“I considered about seven schools, but ASU is the best valu...

In the pursuit to understand the role of law in human resources and the financial industry, Todd Transue had been looking for a program like the Master of Legal Studies (MLS) at the Sandra Day O’Connor College of Law at Arizona State University. 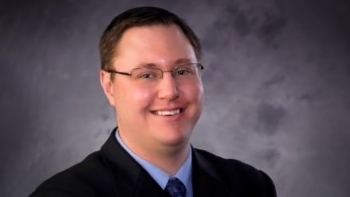 Todd Transue will graduate this fall with a Master of Legal Studies with emphases in corporate and health care compliance, and human resources and employment law. Download Full Image

“I considered about seven schools, but ASU is the best value I found. At the price point and school ranking, it is the best deal for the MLS degree,” said Transue, who serves as the chief financial officer for College Loan Corporation and its subsidiaries in Las Vegas. “Furthermore, the program allows you to emphasize in multiple areas; as I am responsible for both the compliance and HR functions in my role, I wanted to gain more knowledge in both areas.”

Finishing his degree with emphases in corporate and health care compliance, and human resources and employment law, Transue intends to complete certifications for both the compliance and HR professions.

Answer: I never really thought about how much of an influence the civil rights movement in the U.S. had on U.S. employment laws.

A: All my professors have taught me something that I have been able to apply to my work; I have applied learnings from every course to my job which has made this program so worthwhile.

A: Always think about how you can apply what you learn to your job. The knowledge you are gaining is priceless and makes you a better sentinel for protecting your organization.

A: Civility and the lack thereof.