The American Geophysical Union recently announced the selection of the first cohort of Academy Fellows for its LANDInG Academy to include Arizona State University Associate Professors Lekelia “Kiki” Jenkins of the Consortium for Science, Policy and Outcomes and the School for the Future of Innovation in Society, and Christy Till of ASU’s School of Earth and Space Exploration.

The LANDInG (Leadership Academy and Network for Diversity and Inclusion in the Geosciences) Academy is a two-year professional development program for current and aspiring diversity, equity and inclusion leaders in the earth and space sciences. Associate Professor Lekelia “Kiki” Jenkins (left) of ASU’s Consortium for Science, Policy and Outcomes and the School for the Future of Innovation in Society, and Associate Professor Christy Till of ASU’s School of Earth and Space Exploration. Photos by Anthony Harris (left) and Abigail Weibel Download Full Image

Led by the American Geophysical Union, which is the largest professional organization of earth and space scientists, and funded by a National Science Foundation grant, the LANDInG Academy seeks to bring about change by cultivating a network of scientists who are equipped to improve diversity, equity and inclusion at their home institutions and across STEM. The academy will provide fellows with the formal training and hands-on support they need to implement their own diversity, equity and inclusion initiative.

Jenkins’ research centers on the human dimensions of marine sustainability solutions, including fisheries conservation technologies and marine renewable energy. Her work has led to regulatory changes that allow more sustainable fishing practices and has informed international fisheries diplomacy and renewable energy policy. She also studies the science of dance as a means of science engagement, science communication and social change.

“I believe what I will learn in the LANDInG Academy will help me to bring the most current knowledge and best practices to bear in my (diversity, equity and inclusion, or DEI) efforts and leadership roles,” Jenkins said. “With my (DEI) work, I will help programs not only to remove institutional barriers but to also recognize and address the isolation, vulnerability and trauma of underrepresented and minority scientists, especially those with intersecting minoritized identities. I also hope to start shifting the value proposition of this work to expand beyond how it helps science and to center it on valuing the work simply because every human being deserves to be treated equitably and justly.”

Kathleen Vogel, interim director of the School for the Future of Innovation in Society, said, “Professor Jenkins’ selection for the AGU LANDInG Academy, along with her appointment as co-chair of the National Academies of Sciences, Engineering and Medicine’s Ocean Studies Board’s justice, diversity, equity, inclusion and belonging initiative, shows her national recognition in raising (DEI) issues for the U.S. marine sciences and broader academic communities.

“In these roles, she has a critical opportunity to shape the education, training and research focus of students and scholars for the short- and long- term. From her collective work in this space, I see Professor Jenkins as a bridge builder and future thought leader around (DEI) issues to help advise and shape the larger oceans workforce to be more diverse, inclusive and just.”

Till is a geologist who leads a multidisciplinary research program that studies the role of magma in the formation and evolution of planets, known as the EPIC lab. Her research and that of EPIC lab members includes determining the timescales and triggers for eruptions at active volcanoes in the U.S., growing minerals and magma in high-pressure and -temperature laboratory experiments, and studying likely compositions of magma and crusts on exoplanets.

She also has deep interests in working for equity and justice within academic science and improving science communication. Toward these aims, she has served as the Inclusive Community associate director for the School of Earth and Space Exploration (2020–21) and vice chair of the council and member of the Board of the Directors of the American Geophysical Union (2012–14).

"I am incredibly thrilled to have been selected for this diversity, equity and inclusion leadership academy program run by the AGU and supported by the NSF,” Till said. “Not only was it a rigorous and competitive selection process, but there are very few other opportunities to get this type of leadership training, especially with topical training in improving diversity, equity and inclusion in the geosciences from the top social and education scholars who do research in these topics.

"I know I will also benefit tremendously from learning from all the other amazing scholars in the first AGU LANDInG Academy cohort including my ASU colleague Professor Kiki Jenkins, and I look forward to working with them all."

Meenakshi Wadhwa, School of Earth and Space Exploration director, said, “We are thrilled that Professor Christy Till’s commitment to promoting diversity, equity and inclusion is being recognized by her selection as a fellow of the AGU LANDInG Academy. Last year, Professor Till’s efforts and leadership were instrumental in developing a (DEI) strategic plan for our school. Her work as an academy fellow will ensure that she is among the visionary leaders in her field helping to make the earth and space sciences more equitable and inclusive, at ASU and beyond.”

Out of more than 80 applicants, 12 fellows were selected for the first cohort of the AGU LANDInG Academy. The selection process focused on mid-career professionals in positions to effect change at U.S.-based academic, academic-adjacent and research institutions. Future cohorts will be open to geoscientists at different career stages, from other sectors and from around the world.

“Earth and space science remains one of the least diverse fields in STEM,” said the American Geophysical Union leadership team in a recent announcement. “Until diversity is a fundamental feature of scientific excellence, the lack of an equitable, inclusive geoscience community will continue to hamper innovation and discovery. To correct the culture, systematic changes need to come from the community and the institutions that employ earth and space scientists.”

AGU LANDInG will host a plenary session to discuss the programs at the American Geophysical Union fall meeting 2021, which will run in-person in New Orleans and online from Dec. 13–17. The meeting will feature plenaries and speakers, as well as workshops, that focus on efforts to create a more inclusive scientific culture for everyone.

Lekelia “Kiki” Jenkins has always loved nature. She grew up on the East Coast and spent her summers fishing and crabbing in the Chesapeake Bay. That passion led her to a career in ocean studies and marine conservation. Now she will contribute her knowledge as part of a prestigious organization. Jenkins has been appointed to the Ocean Studies Board (OSB) of the National Academies of Sciences, E...

Lekelia “Kiki” Jenkins has always loved nature. She grew up on the East Coast and spent her summers fishing and crabbing in the Chesapeake Bay. That passion led her to a career in ocean studies and marine conservation. Now she will contribute her knowledge as part of a prestigious organization. Jenkins has been appointed to the Ocean Studies Board (OSB) of the National Academies of Sciences, Engineering, and Medicine (NASEM).

“I'm really looking forward to working with the National Academies of Sciences, Engineering, and Medicine,” said Jenkins, associate professor and Human and Social Dimensions of Science and Technology doctoral program chair in the School for the Future of Innovation in Society. “Every time I've engaged with NASEM in the past, it's been stimulating, important work that was also a lot of fun. I'm very excited to be in this position to learn and grow.” 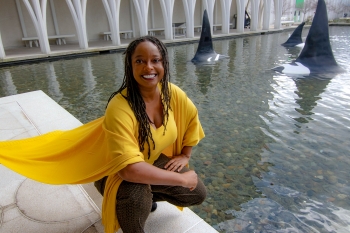 The Ocean Studies Board researches the science, policies and infrastructure necessary to manage and conserve coastal and marine environments and their resources. They have studied the ocean's role in the global climate system, and technological and infrastructural needs for ocean research.

“Reports from OSB have driven policy changes,” said Jenkins. “Working on the Ocean Studies Board will be a great way to stay abreast of the latest and most crucial ocean science questions and findings, and will help shape the future of ocean science in the United States.”

One of the areas where Jenkins will be able to contribute her expertise is in fisheries science, management and policy. Fisheries have been the subject of much of her research. Jenkins has served in the National Marine Fisheries Service’s Office of International Affairs. She has worked to develop solutions for sustainable fisheries and study the best practices for fisheries learning exchanges. Jenkins’ research has helped change regulations, including on the Pacific coast, allowing fishers to switch to more sustainable fishing gear without having to purchase a new license. Her work has also helped people identify the most innovative fishers to partner with to try to create and invent new bycatch reduction technologies. 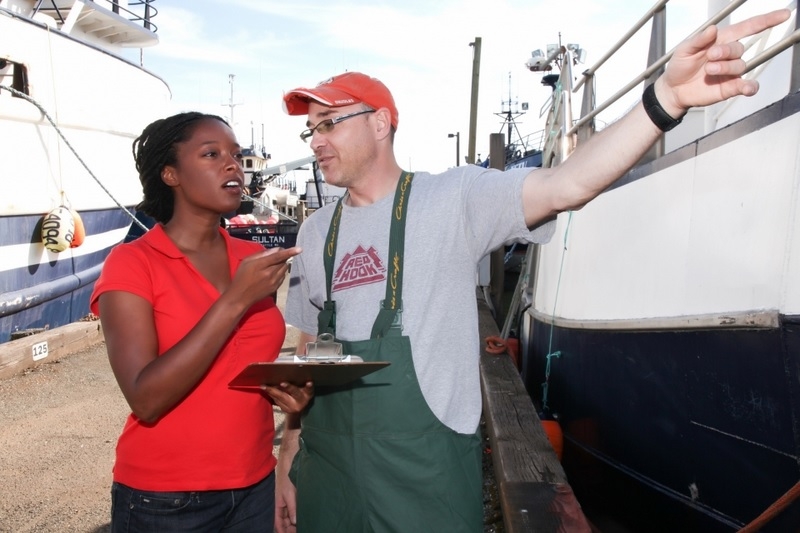 With her vast background of work, her social science expertise and her interdisciplinary training, Jenkins will help the Ocean Studies Board serve the needs of the country. She is also looking forward to bringing more diversity to the board.