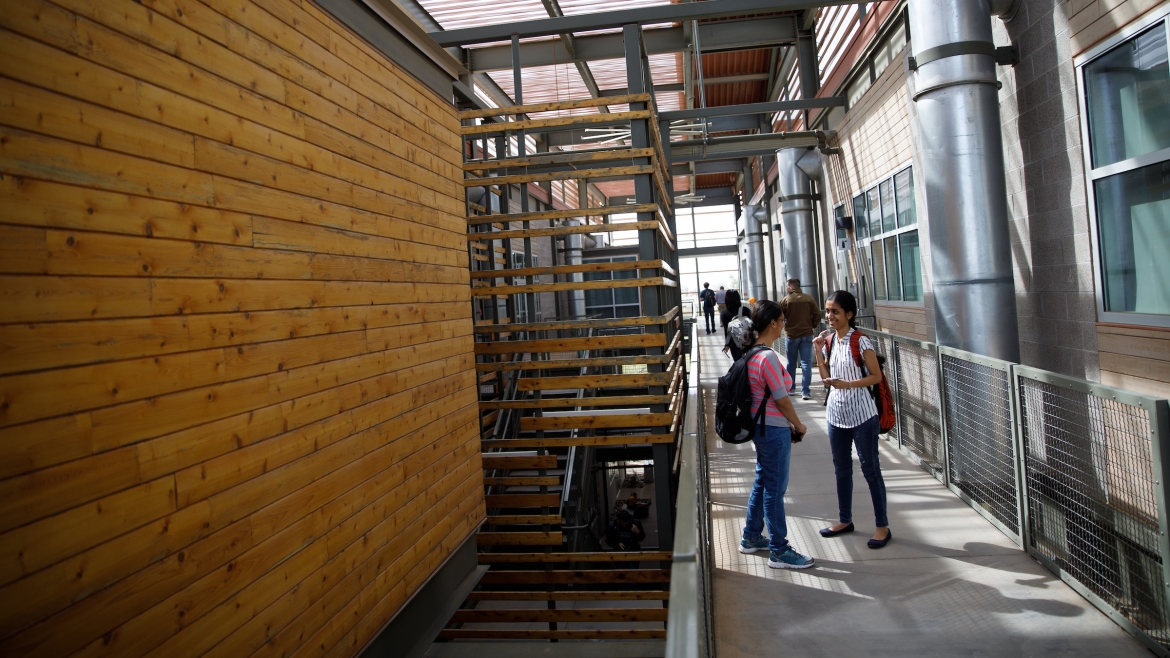 What do you do with a degree in interdisciplinary studies?

Everything, as it turns out.

A showcase highlighting interdisciplinary majors’ projects last week also featured a panel discussion with four alumni from the College of Integrative Arts and Sciences at Arizona State University who discussed how the degree has affected their careers.

Students earn the interdisciplinary degree by “doing things other universities won’t let you do,” said ASU faculty member Kevin Ellsworth, who led the team that created the major. With this degree, students pick two subject areas from more than 170 on-campus and 30 online options — ranging from art history to community health to wildlife management — which are combined with a set of core courses.

The four-person panel featured the CEO of a digital marketing and advertising agency, a human resources and operations leader, the CEO of an event and marketing company and the senior manager of an event/meeting planning firm.

“You want to be a Swiss Army knife,” said ASU alumnus Bart Alazio. “You might not know the solution, but you know how to get the solution.”

That’s what an interdisciplinary degree does, according to Alazio, who works producing meeting technology and live events for pharmaceutical and life science industries. He graduated in 2007, studying business and tourism.

People in interdisciplinary studies “are the ones that stick out,” he said. “They’re the stars. I’m always proud to be a part of that. (The College of Integrative Arts and Sciences) does a great job bringing all those professors and mentors together.”

The degree gives a great foundation in developing skills and meeting people.

“There is such a foundational base there that you can live out of the siloed experiences traditional education is based on,” Alazio said.

Elena Carreño graduated with the major in 2019. She is a human resources consultant.

“Taking the info I’ve learned in the program and being able to use it as a framework around what I already was doing and then leveling it up with the new tools I have – this helped me do that a lot better,” said Carreño, whose areas of focus in her degree were organizational leadership and business.

Her one regret? She wishes she had networked more (with kids and a full-time job, she didn’t have the time when she was at ASU).

Brian Colling graduated in 2005, focusing on business and communications. He runs Colling Media, an advertising agency with 30 employees.

“It’s really a way to get you to think differently,” he said about the degree.

Steve Levine graduated in 1999. A lifelong entrepeneur, he now runs an event company, Steve Levine Entertainment and PR. His métier ranges from small events to gatherings of tens of thousands of people.

Levine, who focused on communications, said he could have had 10 minors.

“(Interdisciplinary studies) really put it all together,” he said. He needed business skills, broadcasting chops, fashion knowledge and Spanish.

He cross-trains all his employees in that vein. During the pandemic, his company went from live events to online events. Now they’re ramping up again.

What would he do differently? “I would stay longer at ASU,” he said. He also wishes he had gotten more involved with campus organizations and clubs.

While at ASU, Levine worked seven nights a week at multiple jobs.

Interdisciplinary studies allowed Gabrielle Honda to integrate two different fields for the best of both worlds, she said.

Honda graduated last summer, concentrating on psychology and design, with an emphasis on user experience. She runs a speculative design and arts laboratory.

She initially thought “interdisciplinary studies was kind of like this really cool chose-your-own-adventure major ASU made up. It did not occur to me that it was part of a tradition that existed long before me.”

Editor's note: This story is part of a series of profiles of notable fall 2021 graduates.Entering a new career opportunity as the only non-attorney contract administrator in his company, David McNaughton recognized he needed a firm grounding in basic legal theories to be proficient in his new role.“My manager and I worked to find a program that would provide me with the requisite knowledge an...

Tempe campus , Herberger Institute for Design and the Arts , School of Arts, Media and Engineering , Ira A. Fulton Schools of Engineering

Tempe campus , Herberger Institute for Design and the Arts , School of Arts, Media and Engineering , School of Music, Dance and Theatre

Entering a new career opportunity as the only non-attorney contract administrator in his company, David McNaughton recognized he needed a firm grounding in basic legal theories to be proficient in his new role. 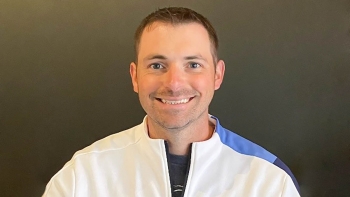 “My manager and I worked to find a program that would provide me with the requisite knowledge and experience,” said McNaughton, who was a cost estimator with Elliott Company’s aftermarket parts division before joining the contract administration team. “ASU Law’s Master of Legal Studies program stood out from all other online programs in terms of relevance, cost and degree completion time.”

McNaughton, from Irwin, Pennsylvania, now looks forward to earning his MLS degree with an emphasis in construction law and sustainability law this fall from the Sandra Day O’Connor College of Law at Arizona State University.

Answer: Speaking in terms of changing my perspective, I am now more fully attuned to the realities of energy production and consumption as a result of completing the Energy Law and Policy course. What I mean to say is, we – Americans and humans in general – will and must eventually turn away from relying on fossil fuels to provide both base and demand load electric power. It is my firm belief that, if and when we become serious about addressing energy policy, we will need to embrace an expanded nuclear power generation footprint. Renewable energy sources are just not capable of meeting demand alone.

A: In my comparison of several other MLS programs offered through other universities, ASU Law provided the most appropriate learning path for my career needs and at a reasonable cost.

A: This is an easy question: Professor Kirk Hays, (who taught) Construction Law and Advanced Construction Law. Aside from the facts that Professor Hays is both a talented instructor and highly experienced professional, he possesses a wonderful sense of humor. The most important lesson he taught me was this – sometimes, how you approach a legal problem or issue is more critical than whether or not you have the right answer.

A: As many students enrolled in the MLS program are working adults with children, my best piece of advice is simple: Don’t stress – it will all come together. I stressed myself out almost to the point of exhaustion during my first two semesters. This came from a combination of my desire to be as perfect as I could with my coursework, the outbreak of COVID-19 and subsequent lockdown, and trying to be an attentive father to my two-year-old daughter. Spend time with your children and your spouse, take time for yourself, and don’t sweat the coursework – it will all come together.

A: I plan to remain in my current role as the insurance and fleet programs manager with Elliott Company. That said, if an opportunity to obtain my JD presents itself, I may pursue it.

A: This is a tough hypothetical, and I suppose my answer is somewhat biased toward my own experience. As I’m a combat veteran of Operation Iraqi Freedom, I would use the $40 million to establish a nonprofit aimed specifically at preventing veteran suicide and improving veteran mental healthcare. We lose some 22 veterans a day to suicide, and many of these veterans represent, like me, a unique subset within the larger veteran community: men and women who have actually fought in close combat situations, i.e. combat arms – infantry, armor, medics, special forces and the like. These folks need our support and help, and $40 million would go a long way in terms of prevention, awareness and outreach efforts.