Natasha Behl, an associate professor in the School of Social and Behavioral Sciences at Arizona State University, has been honored as the recipient of the 2021 Lee Ann Fujii Award for Innovation in the Interpretive Study of Political Violence for her book, "Gendered Citizenship: Understanding Gendered Violence in Democratic India" (Oxford, 2019).

The award, sponsored by Routledge and the American Political Science Association's Interpretive Methodologies and Methods Group, highlights work that illuminates political violence and contributes significantly to the field of political science. It also recognizes women of color who have created space for themselves and others who are often on the margins of political science. 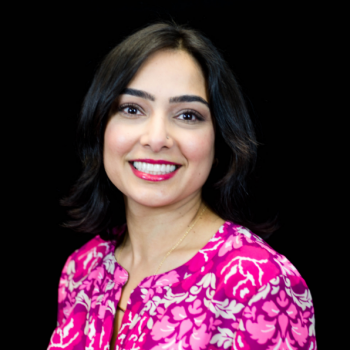 Natasha Behl is an associate professor in the School of Social and Behavioral Sciences at Arizona State University. Download Full Image

The Lee Ann Fujii Award for Innovation in the Interpretive Study of Political Violence is awarded every other year to books, chapters or journal articles in honor of the late Fujii’s approaches and creative contributions to the study of political violence.

“This high-profile recognition of Dr. Behl’s scholarship demonstrates clearly that ASU New College and its frontier-defining faculty are breaking down silos between disciplines in ways that further understanding of an increasingly complex world — a world in which we have an obligation to better ensure equal access to justice for all," said New College Dean Todd Sandrin. "Dr. Behl’s book employs an incredibly innovative, highly interdisciplinary ethnographic analysis that brings greater awareness of gendered violence common in the world’s largest democracy."

The Lee Ann Fujii Award for Innovation in the Interpretive Study of Political Violence spotlights bodies of work that simultaneously examine research and engage with the challenges of the study of political violence. Books, journal articles and chapter-length publications may be considered by the award committee.

“It is such an honor to win this award. I am in awe of the mark that Dr. Lee Ann Fujii left on political science as a teacher and a scholar … (which) has been highly influential to my own development,” Behl said. “I also find the entire experience a bit surreal. I have so often experienced political science as a hostile environment given both my epistemological and methodological choices and my embodied positionality as a woman of color. I am grateful to feminist, intersectional and interpretivist scholars who have created space for a scholar like me … the very communities that see value in my research.”

Through her research, Behl demonstrates the transformative power of ethnographic analysis, with special attention to her positionality juxtaposed with the constraints of mainstream fields of study. Her intellectual endeavors allow her to transcend disciplinary boundaries and challenge the norms of political science.

“We (at the School of Social and Behavioral Sciences) believe it is only by understanding the enactment in everyday practices of these forms of violence that we can ever move successfully to transform the daily experience of women toward a more socially just future,” said Scott Barclay, director of the school. “Dr. Natasha Behl receiving the 2021 Lee Ann Fujii Award for Innovation in the Interpretive Study of Political Violence confirms Dr. Behl’s important intellectual contribution to moving forward our knowledge on these topics, and hopefully brings us a little closer to ending this horror, which is so widely evidenced.”

Behl uses interpretive, feminist and decolonial methods to examine topics that are typically seen as universal, objective or neutral. These concepts, she argues, are the very tools that are utilized to determine who benefits from democratic inclusion, who has the privilege of holding authority within academia, and who is most likely to fall victim to violence in all forms.

“In the concluding chapter of my book,” Behl said, “I try to give voice to some of this pain and isolation. I reflect on my power and privilege in the research process while also revealing how others enjoyed/enjoy power over me both in the field in Punjab and in the discipline of political science. I show how the very gendered norms I am studying operate on my body in both the field and in academia.”

According to Routledge and the Interpretive Methodologies and Methods Related Group of the American Political Science Association, Behl’s book highlights a powerful analysis of gendered violence. In her writing, Behl “contends that conventional analysis of gender, democracy and citizenship that focus on formal institutions and descriptive representation cannot adequately account for Indian women’s experiences of the public and private spheres.”

This story was written by Justice McClinton, a graduate student of social justice and human rights at ASU's New College of Interdisciplinary Arts and Sciences.

Sun Devil Football will look to continue building momentum down the stretch of the season as it embarks this weekend on its second of two-straight games in the Pacific Northwest against the Oregon State Beavers on Saturday, Nov. 20 at 8:30 p.m. AZT/7:30 p.m. Locally ... Sun Devil Football will look to continue building momentum down the stretch of the season as it embarks this weekend on its second of two-straight games in the Pacific Northwest against the Oregon State Beavers on Saturday, Nov. 20 at 8:30 p.m. AZT/7:30 p.m. Locally