Arizona State University Associate Professor of Arabic Miral Mahgoub al-Tahawy will spend a year teaching and conducting research in Egypt after being named the recipient of a Fulbright U.S. Scholar award.

Mahgoub al-Tahawy's current research project examines a mid-1990s Egyptian literary movement called “girls’ writing,” featuring works by female writers that explore women-centric issues with a strong focus on the self. Notably, these writers sought to distance themselves from feminist ideologies as well as the older female writers who preceded them. 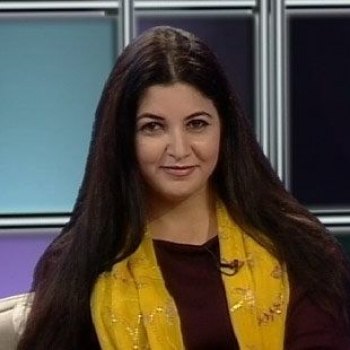 Mahgoub al-Tahawy will also be teaching courses including "Modern Arabic Literature in Translation" and "Arab Women’s Writing in English Translation" at the American University in Cairo. She has previously taught similar classes in the School of International Letters and Cultures at ASU and hopes to bridge teaching and research between the two universities.

“I chose to apply for this Fulbright to Egypt because it's my home country and I have a long relationship with the university itself,” Mahgoub al-Tahawy said. “It is a place I've given many lectures, and I visit the American University in Cairo's students every time I visit.”

This is Mahgoub al-Tahawy's second Fulbright award. Her first was as a Fulbright International Scholar at Columbia University. Now, she will be able to return to her home country and spend time at a university that has played a pivotal role in her career.

The American University in Cairo Press has long supported the translation of Mahgoub al-Tahawy's literary work, helping her to become an international writer. Ten years ago, the university awarded her the Naguib Mahfouz Medal for Literature, which is presented for the best contemporary novel written in Arabic that has not yet been translated into English. The winning novel is published in English worldwide.

“I consider them a kind of collaborator in my professional career,” Mahgoub al-Tahawy said. “They have supported my work, and I am thrilled to be returning to my home country as an American scholar with something to give back to the students at the American University in Cairo.”

“As a recipient of a U.S. Fulbright Scholar award myself, I am pleased that my colleague Miral has recently also received a Fulbright award for Egypt. This is great news for our department and (the school),” Ali said.

Ali taught and conducted research at the American University in Kuwait as part of her Fulbright award. She said receiving a Fulbright award opens doors for professors to foster lifelong connections with international institutions and other scholars in their field.

The Fulbright is not the only honor Mahgoub al-Tahawy has received this year. She also published two books and was long-listed for the Sheikh Zayed Book Award in the category Contribution to the Development of Nations.

“For me, the last year or so has been marked with success,” Mahgoub al-Tahawy said.

Sun Devil Volleyball is back in Desert Financial Arena to take on Washington State on Thursday before No. 11 Washington on Sunday. ... Sun Devil Volleyball is back in Desert Financial Arena to take on Washington State on Thursday before No. 11 Washington on Sunday.