Brig. Gen. Muehlenbeck, who graduated from The College of Liberal Arts and Sciences with a PhD in justice studies in 2010, had served for nearly 30 years when Gov. Doug Ducey appointed her adjutant general and director of the Arizona Department of Emergency and Military Affairs in April.

In her role as adjutant general, Muehlenbeck leads an 8,300-member department and is responsible for managing the day-to-day activities of Arizona's Army and Air National Guard, Joint Programs and the Division of Emergency Management. Muehlenbeck’s passion for serving in the military began when she joined the Air Force shortly after she graduated from Indiana University with her Juris Doctorate in 1992.

“When I got through law school, I still didn't quite know what I wanted to do,” Muehlenbeck said. “Most of my friends were getting offers to work at big firms, but those just never appealed to me. I saw a ratty poster in the basement floor of our law school that said, ‘Join the Air Force — become a JAG.’ So I did my research and I interviewed with the (judge advocate general) officer and I ended up joining the Air Force right out of law school.”

She was stationed at Davis-Monthan Air Force Base in Tucson and stayed there for four years until she got the urge to go back to school. She went on to receive a master’s degree in criminal justice from the University of San Diego in 1997.

She then returned to Tucson to work at the Pima County attorney's office, and took a part-time position as a drill status guardsman with the Arizona National Guard. Muehlenbeck said she began feeling restless again because she hadn't quite discovered what she wanted to do, but her ongoing urge to teach remained. She left her job at the Pima County attorney's office and moved to Phoenix to teach at ASU. She went on to enroll as a student as well.

“I sailed through my classes in three years and then I was still searching for what I was going to do with the rest of my life. This whole time I was in the military, going to several military schools. So I always had that as a part-time career,” she said.

After completing her PhD in 2010, Muehlenbeck taught justice studies at Mesa Community College and served as a faculty associate for ASU’s School of Criminology and Criminal Justice.

“I've always been a teacher at heart,” Muehlenbeck said. “I hope I continue to be a teacher in my new role too. I know it's a different capacity — I'm not teaching law to undergraduates and I'm not teaching criminal justice — but I think part of being a leader is teaching some key components in whatever area you sit.”

Muehlenbeck said her time at ASU allowed her to expand on her knowledge to become a more well-rounded individual.

“I was always comfortable as an attorney knowing the black-letter law, but now to blend it with social science: To see how law existed in society was just a different approach for me,” she said. “It was a well-rounded approach. I needed the rounding out. The program and the professors were what attracted me there.”

While at ASU she also gained a number of mentors with whom she remains in touch today.

“The faculty I encountered were good mentors from a personal standpoint in terms of trying to define my interests, where I wanted to go and how I could be useful. While I of course learned the subject matter from them, I think I learned how to be a better person as well,” she said.

Reflecting on her career and what led her to where she is today, Muehlenbeck said that some of her greatest successes have come from her failures.

“I'm proud of my failures. You need to fail so you know which direction to go next. Don't be afraid of failures and fail early because if you don't fail early, they get more painful as you get older,” she said. “I think when you branch out and try new things, you prime yourself to take advantage of different opportunities. When you're young you should try to put yourself out there to experience as much as you can, because half of the battle of figuring out what you want to do is figuring out what you don't like. Sometimes it's a process of elimination.”

Looking toward the future, she said she is honored and humbled to serve as adjutant general and is eager to pick up where her predecessor, Maj. Gen. Michael T. McGuire, left off.

“Gen. McGuire left us in a good place and I hope to continue some of the great things he implemented while adding to his playbook,” she said. “I think I will approach this job much like I approach teaching in the classroom. Encouraging folks to think outside of the box and to fail without fear of repercussion. Failure isn't a bad thing all the time. Sometimes it's a good thing because it creates the next best thing.”

Arizona State University will be a partner in a new National Science Foundation Artificial Intelligence Research Institute focused on adult learning in online education.The NSF announced a $20 million investment to establish the AI Institute for Adult Learning in Online Education (ALOE) in which ASU will take part. Led by the Georgia Research Alliance, the institute will be a collaborative effort ...

The NSF announced a $20 million investment to establish the AI Institute for Adult Learning in Online Education (ALOE) in which ASU will take part. Led by the Georgia Research Alliance, the institute will be a collaborative effort to transform adult learning in STEM fields through the use of artificial intelligence. 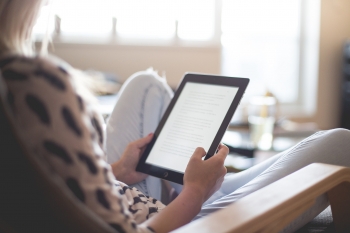 EdPlus at ASU has been at the forefront of education technology. Focused on the design and scalable delivery of digital teaching and learning models, ASU is well-positioned to share critical research and provide insight on digital education developments.

The EdPlus Action Lab, through the study of impact and efficacy of ASU’s educational offerings, is helping improve digital education, and Action Lab Research Scientist Elle Yuan Wang will be an invaluable contributor to the ALOE Institute.

Online learning has empowered adult learners to upskill – keeping pace with an ever-changing work environment. For others, it’s been a form of education that has allowed them to make a career change. To meet the changing workforce demands, developing and maintaining skilled workers will require improving online education and workforce training for adults.

To address this challenge, researchers will focus on building new AI techniques and developing new models of lifelong learning and evaluate their effectiveness. To that end, ALOE aims to enhance the quality of online education and lifelong learning and ensuring online learning is scalable, accessible, affordable and built for student success.

“The ALOE Institute will iteratively develop and evaluate new AI techniques for making online education for adult learning in STEM disciplines more efficient and effective, making it comparable to that of traditional residential learning in STEM,” Wang said. “We will engage online adult learning at scale, reaching millions of adult learners in this five-year project.”

While at ASU, she has proposed an innovative framework that incorporates three non-academic dimensions – social and emotional attributes, career obligations, as well as family responsibilities. These dimensions are used to analyze the diversity of potential completers (students) so that personalized and efficient support can be designed and delivered to students, especially those who are becoming the new majority, non-traditional students.

The ALOE Institute will be headquartered at the Georgia Institute of Technology and partners include Boeing, Drexel University, Georgia State University, Harvard University, IBM, IMS Global, Technical College System of Georgia, University of North Carolina at Greensboro and Wiley.

The ALOE Institute is part of a $220 million investment in 11 new NSF institutes, spanning seven research areas in AI: human-AI interaction and collaboration; AI for advances in optimization; AI and advanced cyberinfrastructure; AI in computer and network systems; AI in dynamic systems, AI-augmented learning; and AI-driven innovation in agriculture and the food system.