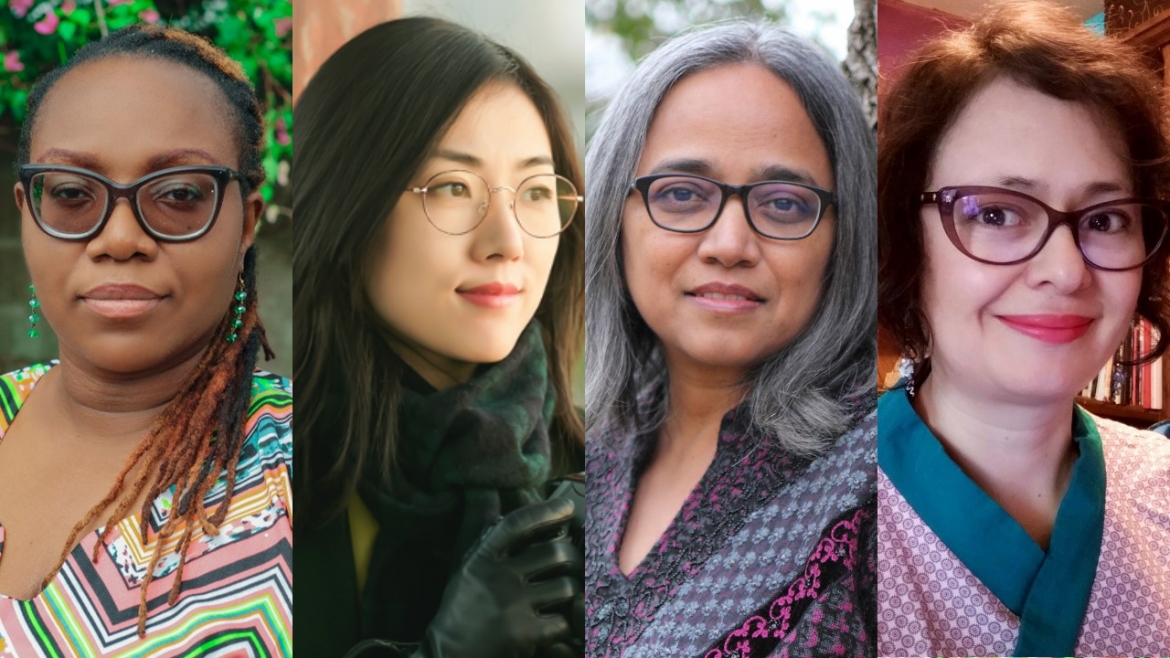 When we think of climate, the stories we tell about the future are bad: megastorms, crop failures and heat waves loom over us, sending a signal that the problem is so vast, so complex, that it’s out of our control.

That narrative is compelling for some, but leaves others feeling hopeless, helpless and disillusioned. Even the most ardent champions of decarbonization sometimes focus more on sounding the alarm than imagining and mapping out what success might look like. Without positive climate futures — visions of climate adaptation and resilience that we can work toward — it’s much harder to motivate broad-based efforts for change in the present.

And those efforts for change are more urgent than ever, in the runup to the U.N. Climate Change Conference (COP26), a transnational summit in Glasgow, Scotland, that will bring together heads of state, climate experts and advocates to agree on coordinated global action to decarbonize our societies in the face of the escalating climate crisis.

The Climate Imagination Fellowship, hosted by the Center for Science and the Imagination at Arizona State University, seeks to inspire a wave of narratives about what positive climate futures might look like for communities around the world. The fellowship is supported by a grant from the ClimateWorks Foundation and is a partnership of the Center for Science and the Imagination, TED’s Countdown Initiative around the climate crisis and decarbonization and the United Nations High-Level Champions for Climate Action teams, led by Nigel Topping of the United Kingdom and Gonzalo Muñoz of Chile.

Today, the center is proud to announce four climate fellows: talented science fiction authors from all around the world who will create compelling visions of possible climate futures, grounded in real scientific, technological and social insights.

Each fellow will write an original piece of short climate fiction, building on local opportunities, challenges, resources and complexities, and drawing on conversations with experts in a variety of fields, ranging from climate science to sociology to energy systems to biodiversity. They will also write a set of shorter “flash-fiction” pieces exploring a range of other possible futures shaped by the climate crisis and our collective responses to it. These pieces of short fiction will be collected, along with essays, interviews, art and interactive activities, in a "Climate Action Almanac," to be published in 2022.

In addition to crafting these works of climate fiction, the fellows will participate in a variety of public events, panels and workshops, including special programming at TED’s Countdown Summit in October 2021 in Edinburgh, Scotland, (where one of them will give a TED Talk), which will bring global leaders together to share a blueprint for a decarbonized future. Other events will be hosted in collaboration with partners including the British Library, Future Tense, the Journal of Science Policy & Governance, and the Hay Festival in Arequipa, Peru. At these events, the fellows will be in conversation with scientific experts, social science researchers, policy makers, early-career scholars, activists and other curious, insightful thinkers on climate action. They will also participate in co-creation activities with members of the public to imagine an even broader array of climate futures, building from unique local circumstances to global transformations.

“The goal of the Climate Imagination Fellowship, is to curate and share amazing new stories about what successful climate action might look like," said Ed Finn, the director of the Center for Science and the Imagination. "We need to envision positive futures to motivate large-scale change. We also want to invite people and communities around the world to imagine their own climate futures — to feel both agency, and a sense of responsibility, for defining a future that spurs us to take action today.”

“Authors of speculative fiction have shown over and over their capacity to envision possible futures, taking into account both the edges of science and technology as well as their social and human impacts,” said Bruno Giussani, TED’s global curator, who coordinates the TED Countdown program. “We are thrilled at the prospect of the four fellows and Kim Stanley Robinson bringing that perspective to the Countdown Summit conversation.”

The fellows are indeed joined by senior adviser Kim Stanley Robinson, author of the acclaimed climate fiction novels "Green Earth" and "New York 2140," and most recently, "The Ministry for the Future," which imagines a new transnational agency that advocates for the rights of future generations in the face of worldwide climate chaos.

The fellowship will generate hopeful stories about how collective action, aided by scientific insights, culturally responsive technologies, and revolutions in governance and labor, can help us make progress toward inclusive, sustainable futures. The visions of the future coming out of the project will focus on how we can create a vibrant, thriving global society that celebrates local variations and solutions, while achieving the international coordination and shared values we need to meet the challenges of the climate crisis.

Learn more about the project.

Last week’s Centers for Disease Control and Prevention announcement went about as well as a game of telephone.First, the announcement itself, recommending that masks now be worn indoors regardless of vaccination status — which some people took to mean that their vaccinations were helpless against the new COVID-19 delta variant.Then the press jumped on it, and the White House had to go to majo... 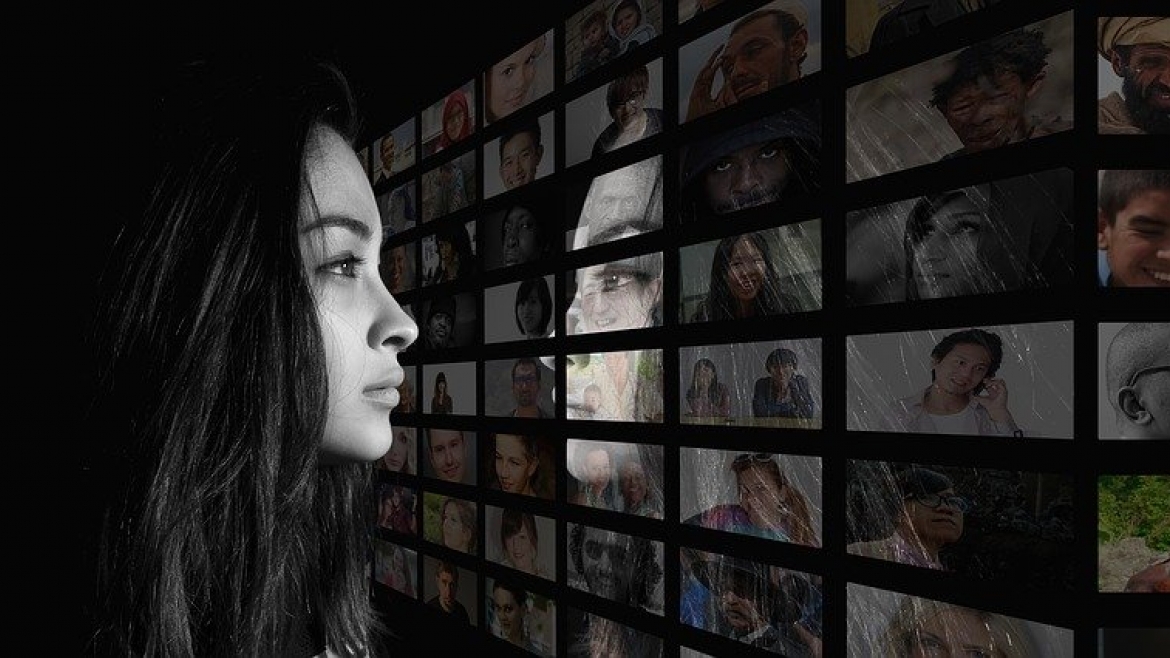 Last week’s Centers for Disease Control and Prevention announcement went about as well as a game of telephone.

First, the announcement itself, recommending that masks now be worn indoors regardless of vaccination status — which some people took to mean that their vaccinations were helpless against the new COVID-19 delta variant.

Then the press jumped on it, and the White House had to go to major media outlets and ask them to reword stories, headlines and commentary. Ben Wakana, a spokesman for the Biden administration’s COVID-19 response team, bashed both The New York Times and The Washington Post on July 30 for alarmist tweets, calling one story “completely irresponsible.”

ASU News talked with Nicole Lee, an assistant professor in the School of Social and Behavioral Sciences in the New College of Interdisciplinary Arts and Sciences at Arizona State University, where she teaches courses in communication. Her research examines the intersection of science communication, public relations and digital media. She is the author of several articles published in journals such as Science Communication, Environmental Communication and the Journal of Communication Management.

Question: What happened last week with the CDC announcement?

Answer: The communication issue surrounding both vaccines and masks and COVID in general is not just due to the CDC. It is ongoing. It is a very fraught communication environment. People are not just receiving information from one source. Some people won't trust the CDC, no matter what they say or do. That's the big problem that the CDC is facing. That is not saying that they handled it well and they didn't cause some distrust themselves. But they are really facing an uphill battle and — even if they did communicate well — I don't know that the situation would be that drastically different. So with all that said, some of the things that went wrong go back to the announcement in May, which was problematic. In May they announced if you're vaccinated, there's no reason to wear a mask. That was very good news for a lot of people.

However, the situation is still evolving. And of course the CDC understands more than anyone that science and an ongoing crisis are going to evolve and maybe more importantly, they couldn't police whether the people not wearing masks were vaccinated or not. So that kind of sets up this situation we currently have that reverses that. It's easier for people to think or hope that the CDC is wrong than accept that this isn't over and that even though you did the right thing by getting vaccinated, you can still potentially harm loved ones. I could go on and on, but I think that's some of the big stuff.

I guess I should address uncertainty. There's hesitancy to communicate uncertainty because in that moment, appearing to be uncertain can be perceived as less credible. However, with all of this, it should be more with an idea of how that's going to affect you in the long term. In the long term, if you don't communicate uncertainty, then you're going to look less credible when it turns out what you said in the beginning has changed. And I won't even say it's wrong. It's just that this is the nature of science. This is the nature of any type of crisis, but it's ongoing.

Q: Many believed that getting the vaccine would be an end to lockdowns and masks, but that’s not the case.

A: No. And it's really hard. This was something that Matthew Seeger from Wayne State had mentioned in that Washington Post article. It's hard to backpedal after that overreassurance. So it makes it hard to trust any good news in the future, too.

Q: Is the press making mistakes reporting this nuance?

A: Yes. The nature of journalism and especially broadcast journalism where — and there's been a lot of great journalism as well, but the nature of especially broadcast journalism — it's not set up to communicate that nuance, to communicate uncertainty. People are very often seeing or reading a headline — not getting that whole story anyway. So even print journalists are doing deep dives; that's not always the information that people are getting either through watching political pundits or seeing posts from family members on social media. They are getting that headline level.

So when they see that headline level, it doesn't communicate that uncertainty, so it appears that something is a complete flip-flop when maybe it wasn't a complete flip-flop, but the nuance wasn't communicated well to begin with. And science and health journalism has declined. There's fewer journalists specializing in science and health and technology. Anyone that follows media knows that there have been major reductions in staff, especially at newspapers. So there is going to be less of that in-depth reporting.

A: That's a very hard question to answer. I think most people are still paying attention because it impacts their daily lives. I think what the big ask is is the uncertainty and change, which nobody has a lot of control over but of course that needs to be communicated better. But I think we would've been in a better situation had the masking — the communication around vaccines and masks — been handled differently from the beginning. … It was the over-reassurance, I guess — to think that you are doing the right thing to protect your loved ones and find out, oh, actually, you know, you could still harm them, so you need to do more. That's just a really hard pill to swallow regardless of how it's communicated.

Q: What can be done to improve communication around issues surrounding COVID-19?

A: One is transparency: sharing as much information as you have, making it available. That doesn't mean that everyone will take that deep dive, but just knowing that an entity is being transparent and open improves trust. It's not actually about whether everyone can or will want to absorb the information, but it is good to have the information available and not appear that you are just making decisions willy-nilly, so to speak. And the other thing is actually listening and engaging with different groups: having conversations with people who do distrust you or disagree with you and maintaining that engagement, which is incredibly hard.